How to Tactfully Address a Misunderstanding With Your Boss 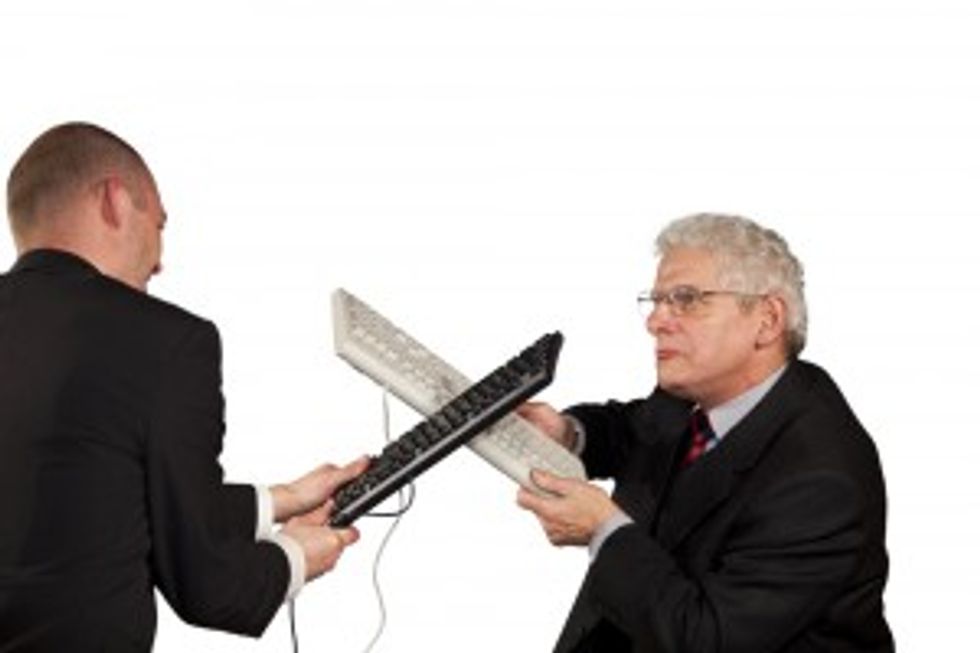 "JT & Dale Talk Jobs" is the largest nationally syndicated career advice column in the country and can be found at JTandDale.com. Dear J.T. & Dale: My boss sent an e-mail letting us know we would be receiving our bonuses. However, when they came out, my name was not on the list. (I only recently became eligible.) Since we have a new executive team, my boss said she would get it straightened out. When I still didn't receive it, I e-mailed her and she responded back "Rats," and said she'd check into it. When she got back into the office a week later, she mentioned she'd seen my e-mail about my bonus but had not responded. I didn't say anything but was taken aback since she had responded. I later realized she had retracted her e-mail response. (I had not opened the e-mail, just previewed it.) She said she'd straighten out the bonus at the half-year, plus get me some extra money for salary. Should I tell her what I know? — Chenny Dale: Ah, an interesting dilemma: Is she (A) a good person trying to do right by you without pestering her new bosses, or (B) duping you while helping management weasel out of what you deserve? Retracting the e-mail certainly would argue for conclusion B... UNLESS this happened: It suddenly occurred to her that the term "rats" could be misinterpreted. She probably meant it as an alternative to an expletive, like "shoot" or "drat"; then it hit her that it might seem as though she's calling the new executives "rats" — OOPS! and DRAT! — and thus, she retracted it. J.T.: A creative hypothesis. However, this is another instance in which to assume the best and prepare for the worst. If you have a review coming up at midyear, I'd wait and see if your boss can make good on her word. Help her do so by asking what you need to do to make sure you are prepared for the review and so you can make it easier for her to get you the raise and bonus. Keep track of everything you do on your end, in the event the situation and/or players change. (Perfect example: What if your boss leaves before you get this straightened out?) I know it doesn't seem fair you have to do all this extra work, but it pays to be tactful yet proactive.

Jeanine "J.T." Tanner O'Donnell is a professional development specialist and founder of the career consulting firm, JTODonnell.com and of the job search blog, CAREEREALISM.com. Dale Dauten resolves employment and other business disputes as a mediator with AgreementHouse.com. Please visit them at JTandDale.com, where you can send questions via e-mail, or write to them in care of King Features Syndicate, 300 W. 57th St, 15th Floor, New York, NY 10019. © 2012 by King Features Syndicate, Inc. Fighting business men image from Shutterstock