The Creative Power Of Language 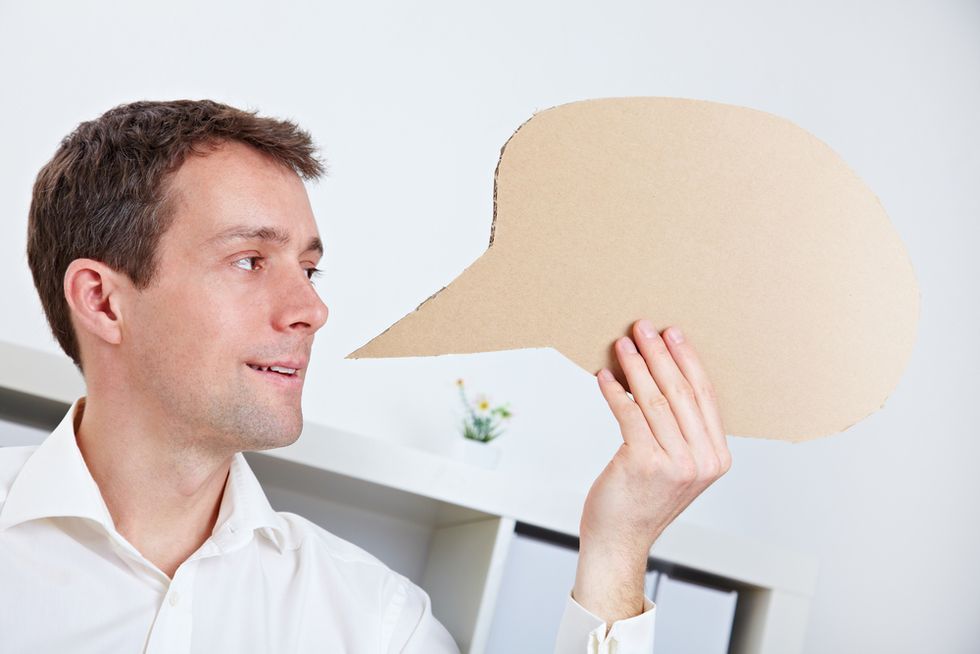 The following post is an excerpt with minor edits from Find Your Inner Red Shoes: Step Into Your Own Style of Success by Mariela Dabbah.

The Value of Distinctions

It may help to think as follows: each one of us observes the world through a set of distinctions. According to language ontology, a discipline whose leading representatives are Humberto Maturana, Fernando Flores, Rafael Echeverría, and Julio Olalla, distinctions are concepts, ideas, or terms through which we see the world. They’re not mere definitions of objects or concepts; rather they enable us to see what we wouldn’t see without them. For example, a person studying in the U.S. knows what SAT, ACT, GPA, AP, and IB mean. That person also knows how these may influence your college admission and success. If you don’t have these distinctions you can hardly act on them. For instance, you won’t prepare or sit for the SAT/ACT exams on time, you won’t take advanced AP or IB courses, and you won’t be concerned about keeping up your grade point average during high school. These distinctions reside within language. Perhaps not until someone had told you that the SAT was critical to college entry had you even acknowledged the exam back when you were a teenager. Something similar happened to me recently. I had never heard about a much acclaimed speaker (according to the person who introduced me to him), but the day after I met him, I noticed this man was presenting at several of the same conferences I was. What happened? Was it suddenly by chance that we were together everywhere? No. We were at the same conferences before, too, (as I was able to confirm after reviewing programs) but I didn’t know him, I didn’t “distinguish” him among the long list of speakers.

The Voice Of Experience

"Some time ago, my professional coach said to me, ‘your career is a marathon; you have to take it as a journey so that you don’t get overly stressed by daily occurrences.’ It immediately dawned on me that in Spanish carrera can mean both a professional career and a speed race (car race: carrera de auto) or running race. That makes us feel competitive and stressed; we’re just not able to relax. To reach that place where you don’t feel you’re running a race, you must think of your professional life as being on a path.” —Ruth Gaviria, Senior Vice President Corporate Marketing for Univision Sometimes, the only thing you need to further your career is to generate new distinctions in certain areas. For instance, by asking a mentor to clarify your company’s unwritten rules, you can discover options you didn’t even know existed. Or, if your communication style clashes with your company’s culture, you may need to ask your mentor to give you specific feedback on how to improve your style. Or, if you own a business, somebody should clearly explain what benefits you may reap if you certify your company as a Minority-Owned Business or a Woman-Owned Business in order to obtain agreements with large companies or government contracts. If nobody points these things out to you, how will you acquire the distinctions needed to decide whether you want to make a change or not? Without this knowledge, you’ll continue finding nonproductive explanations to your unsatisfactory results.

The Voice Of Experience

Speaking of the power of language, Lina Meruane, a Chilean writer and literature professor at New York University remarks, “The hardest thing in this regard is to go into a language you don’t fully master. I recently understood that I sounded rude in English, maybe even aggressive, with people who were interviewing me for a job because I didn’t handle the super-delicate code they did. It was a job interview over the phone and, unfortunately, the interviewers got the worst impression. "One of the questions was about a subject that had absolutely nothing to do with the job I was applying for. I got very nervous and asked them to rephrase the question. Had this been within a personal context it would have sounded fine, but in a job interview, it sounded awful. They rephrased the question but, to me, it still sounded similar to the previously posed one, so I asked, ‘How does this question differ from the previous one?’ "At that time I was tense, and I needed time to think about my reply, but since I wasn’t face-to-face with the committee of interviewers, they couldn’t see my expression, gestures, and body language, and couldn’t quite know I was nervous, so I appeared to them as curt, and rather rude. They thought I was questioning the legitimacy of their question. And that was purely at a linguistic level. I couldn’t articulate what I wanted to say; basically I couldn’t reply because it wasn’t my area of expertise and I needed more time to elaborate on the answer without sounding dilettantish. I came across as rude and defensive. The way I expressed my reply didn’t help at all.” I’d like to clarify that Lina speaks perfect English and her difficulty in expressing herself in this particular situation within Anglo-Saxon culture relates more to the subtlety in the use of language than to the lack of appropriate words. She herself recognizes that distinction, “Even knowing that English is politer—that Americans beat around the bush a lot and that it’s more elegant to use disclaimers—at that point in time I answered spontaneously, using a blunter Spanish way of saying things. So, on the phone I was perceived as an arrogant person, questioning the interviewer’s query. In truth, I was really wondering why they were asking that question and how I could buy some time to answer appropriately.” Each of us sees the world through the lens of our distinctions. We then apply our opinions and emotions to the facts we observe according to the sequence I shared with you earlier, creating our own story about what really took place. As we’ve already seen, all the stories we make up to in order to give meaning to any situation or to understand the people in our lives are created in language.

If you want to get rid of the knot in your stomach every time you hear the word “negotiation,” you can’t miss this date. Join Mariela Dabbah for her webinar "Negotiating Skills: From Negotiating Salary to Negotiating Your Next Career Move" as she shares the fundamental insights that will reveal old thinking patterns that are interfering with your own goals.

Some Key Learnings Include: