How Executives Are Using Social Media for Branding 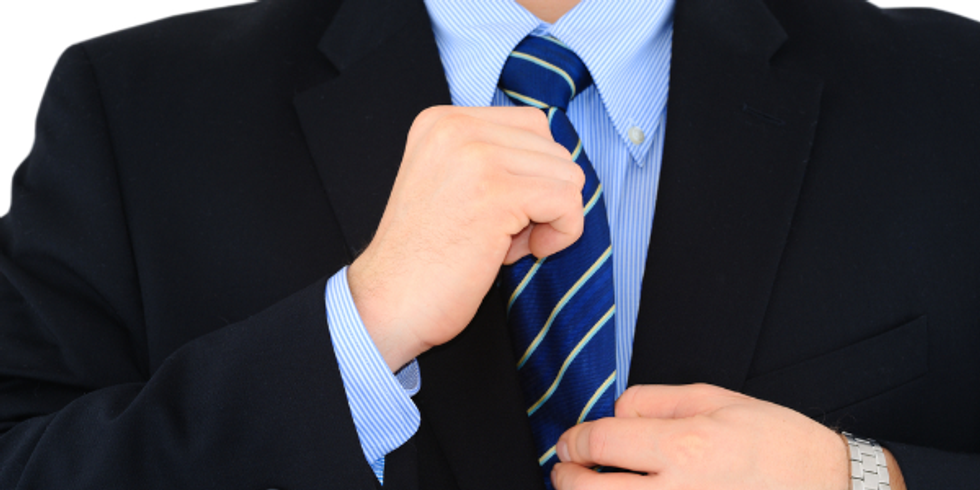 Thank you for requesting to learn more about Executive Branding! Be sure to bookmark this page so you can return to it again and again. The e-guide can be viewed below or downloaded here. *To download, right-mouse click the link above and save the file to your computer. Bonus: Our Executive Branding video tutorial is embedded below. [youtube http://www.youtube.com/watch?v=UWNLLUwf58k&feature=player_embedded expand=1] By CAREEREALISM Founder, J.T. O’Donnell Nobody understands the power of authority better than the C-suite. Successful executives know they are more than leaders… they are businesses-of-one who must build their expert status to earn the trust and respect of their peers and employees. More importantly, they also know a strong executive brand has equity which results in receiving the best opportunities and highest earning potential.

The challenge the C-suite faces today is the new expectation that each executive incorporate social media into their professional branding strategy. While a strong track record of success is still the foundation of any good professional brand, today’s executive now needs to also know how to leverage this track record via social media to showcase their expertise and authority, as well as create more brand visibility. Being quoted in the news or being a guest speaker at an industry event is no longer enough to say you are an authority in your field. In fact, executives can’t even get those opportunities anymore without solid social proof (a.k.a. an online presence), that gives them the one thing most valued by the audiences they seek: third-party credibility.

Brand or BE Branded!

Because of this new social media component to Executive Branding, the C-suite has been forced to face a new reality, “Brand or BE branded.” In other words, lack of a proactive social media branding strategy will result in an executive being seen as out-of-touch and disengaged. Utilizing one or more social media tools not only ensures control over the messaging (i.e. what’s being said about the executive), but also proves the executive is technology savvy. Social media is not a fad... it is a business must-have. In short: Executives must prove they recognize this by leveraging social media as part of their own professional brand strategy.

Executives need two basic items to play golf: a ball and a club. When it comes to Executive Branding, they also need only two basic items: a message and the right social media tool(s) to push it out on. That being said, to play golf well, an executive must acknowledge there are many factors involved beyond the ball and club. (i.e. skill level, how good the equipment is, course difficulty, competition, etc.). Well, the same applies in Executive Branding! Executives must consider how good (or, not good) they are at creating a message that resonates with their target audience, what social media tools they prefer to receive that message on, and a whole lot more. In other words, in the same way a smart executive wouldn’t run out on the course and start wildly swinging at the ball, they also shouldn’t jump on social media and start blasting out random messaging. Instead, savvy executives first spend time developing a strong message of authority that resonates with the audience they engage with, and then select the proper platform for delivering their message. Here are four examples... #1 - Blogging Authority - George Colony | CEO, Forrester Research This blog contains ideas, observations, and analyses to help drive the success of other CEOs. George’s goal is to assist today’s company leaders in forming unique approaches to the challenges they face. He links to his Twitter feed and bio as well. It immediately shows his authority and tech-savvy presence online. #2 - YouTube Authority - Stephen Elop | CEO, Nokia This YouTube channel enables Elop to not only showcase new products and features, but also demonstrate the ease at which he can discuss them. In a time when many CEOs are chastised for being out-of-touch with what their company does, Elop easily conveys his authority by choosing to share his knowledge, confidence, and enthusiasm through these short video clips. #3 - LinkedIn Authority - Michael Dell | CEO, Dell Computers Michael Dell has taken the virtues of LinkedIn and used them to propel forward. His own extensive network (around 20,000 first-level connections) allows him to stay connected with partners and clients around the world. He can update them instantly and simultaneously with statuses, access crucial information at the drop of a hat, and organize meetings based on travel schedules with ease. #4 - Twitter Authority - Diane Hessan | CEO, Communispace Since being reluctantly being convinced to Twitter by an early-adopter, Hessan says the tool has brought her new ideas and new friends. More importantly, as a CEO, it connected her to a new world of people who are trying to be adventurous and innovative. She says she’s received free consulting, new clients, new alliance partners, and lots of PR. Best of all, she has used it as a vehicle for getting her insights out into the marketplace. When Communispace launched its new blog, Verbatim, she sent a tweet out about it, and more than 1,000 people responded by checking it out. Today, 40% of the blog’s visits have come from Twitter links.

If a King Can Do it, So Can an Executive!

While Executive Branding might seem like a lot of work, the effectiveness of it (when done well), cannot be disputed. Given how many CEOs are finding excuses not to leverage social media for developing their executive brand, it also opens up a wonderful opportunity for those that see its value. The most common reason for CEOs to avoid engaging in the development of their executive brand online is fear. Fear of looking bad and hurting the reputation. For those with that concern, the answer is to look at award-winning film, The King’s Speech, for inspiration. If a king can do it, an executive can too! All it takes is some strategic coaching to ensure the final product is something the executive can be proud of. After that, the rest is history!