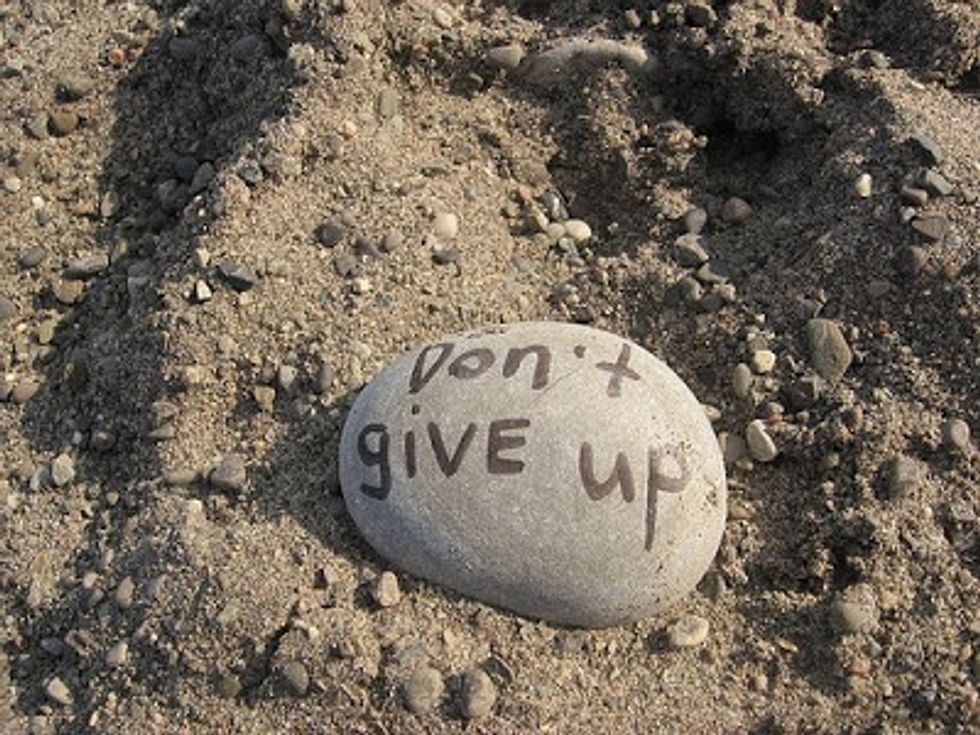 By J.T. O'Donnell Okay, so you weren't the brightest bulb in school. Perhaps, you spent more time partying then you did in the library? Well, good news! A new study pioneered in part by a psychologist at the University of Pennsylvania, Angela Duckworth, says one trait is a better predictor of success than intelligence. So, what could possibly be more important than genius? Well, this trait also begins with a "g" but it represents resilience, stamina, persistence, determination, perseverance and conscientiousness. Yep, when it comes to predicting who is going to succeed, you gotta ask yourself one question: "Got GRIT?" The study shows people who focus on a goal and stick with it long-term seem to achieve more professional success than those who jump around . Duckworth explains this in a recent Boston Globe article as follows:

“Grit is very much about the big picture,” ...“It’s about picking a specific goal off in the distant future and not swerving from it.”

In fact, what got Duckworth interested in the whole idea was an observation she made amongst her classmates post-college:

“I first got interested in grit after watching how my friends fared after college,” Duckworth says. She noticed that the most successful people in her Harvard class chose a goal and stuck with it, while others just flitted from pursuit to pursuit. “Those who were less successful were often just as smart and talented,” Duckworth notes, “but they were constantly changing plans and trying something new. They never stuck with anything long enough to get really good at it.”

So, what does that mean for YOU, the job seeker? Well, if this study grabs the attention of hiring managers (as suggested by my favorite magazine, BusinessWeek, who tipped me off to the study in an article in their August 17th edition), then you can expect a premium being put on a track-record of single-minded commitment to something in your life. BW's takeaway:

"The straitlaced job applicant who has pursued a hobby for years may be a better hire than the renaissance fellow who has dabbled in martial arts, the cello, and para gliding."

I find this fascinating! Why? Reality today tells us the rate of change in business is so significant that every job is temporary. (Hence, our site, CAREEREALISM.com's tagline). Thus, how does a company identify talent with long-term potential when the average job seeker is only spending 18 months on the job before moving on? This could end up making a strong case for assessing an applicant's 'grit potential' as a way to determine how well they'll fare in the position. My prediction: Expect more and more questions in interviews around your level of grit. AND, if you don't have a great track record of sticking with things, it's time to ask yourself, "Could this be affecting my career?" What do you all think? Is grit a major factor in success?