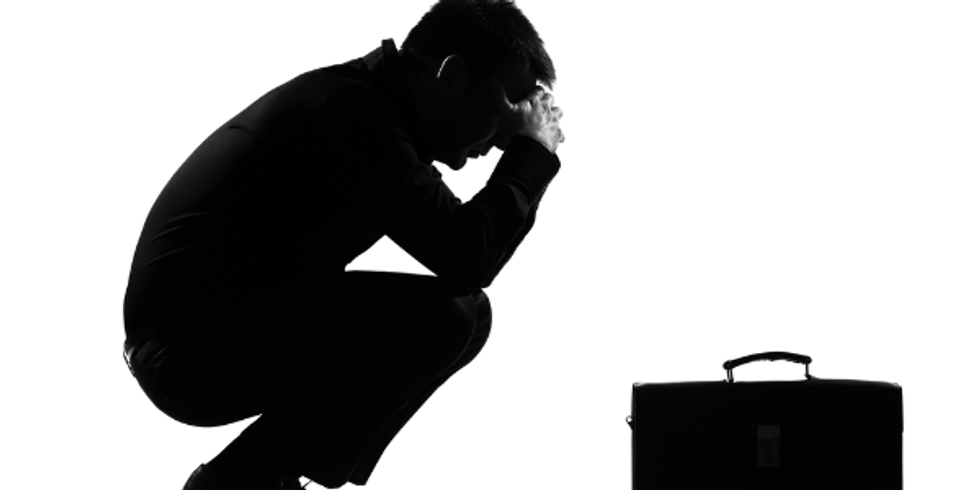 I recently read a heart-wrenching quote from a 50-something who has been out of work for over a year. Here it is:

You know, as a kid of the 60's, the "American Dream" never resonated for me. If anything, the American Dream is defined for me by something Bill Clinton used to say about working hard and playing by the rules and getting ahead. I've worked hard, I've worked pretty much non stop since I was in my late teens (breaks for college and a few years as a stay at home mom). I played by the rules, paid my taxes, blah blah blah. I was a good employee, was appreciated for the work I did with support, praise and monetary reward and my lifestyle increased as my pay increased. I never cheated anyone to get ahead, never played games with other people's lives (banks and sub-prime mortgage-backed securities - I'm pointing at you!) and still I was whacked upside the head. I'm so lucky to have suffered as little from my jobless experience as I did, but I pay constant attention to jobless rates and news, knowing that I still have friends that haven't been able to turn it around. The American Dream should be we all have the right and the chance to get ahead by working hard and playing by the rules.

You know why this made me sad? The last line.The fact we've all been conditioned to believe working hard and playing by the rules means we should all win is where the “American Dream" has become the “American Nightmare." And sadly, this brainwashing started early...

Every Kid Gets a Trophy = Never Learning to Deal With Losing

We live in a pop-behaviorism society. In Alfie Kohn's book, Punished By Rewards: The Problem With A's, Praise and Other Bribes, he explains how our culture has over-embraced psychologist, B.F. Skinner's theory of behaviorism. To refresh your memory, Skinner said if we give people carrot, we can get them to do whatever we want. “Do this and you'll get that." However, as Kohn so brilliantly points out, this theory has been over-applied to the point we have come to expect rewards for doing what is expected. We are an entitled nation. And there my friends, is where the root of the problem lies.

Gold Watch, Retirement Package and a Salary That Never Decreases

One example of the negative impact of pop-behaviorism is as follows: Many of us growing up were conditioned to believe if we did what was expected of us career-wise (i.e. get a college degree, meet performance standards), we'd always get raises, promotions and a life-time of professional security. Well, that came to a grinding halt in 2008. The Great Recession has proven to us all that playing by the rules doesn't guarantee a win.

Un-do the Brainwashing, Make Peace With the Past, and Get Help!

My advice to anyone who can relate to what I'm saying is to throw out every assumption you have about career success and satisfaction. Then, forgive yourself for not having known the truth. It wasn't your fault, but you also can't blame anyone else for it. It's time to get some help and find career satisfaction on your own terms. Here's the upside: Now you know the truth, you can stop waiting for the career fairy (or a generous benefactor) to swoop in and solve your problem, and start getting down to the business of owning your career. In short, it's time you let someone help you wake up from the American Nightmare. Before you know it, you'll be feeling better about your career... and sleeping more soundly too! J.T. O'Donnell is the founder of CAREEREALISM.com and CEO of CareerHMO.com, a web-based career development company.Business man expressing fatigue image from Shutterstock