Career Benchmarks In The Entertainment Business 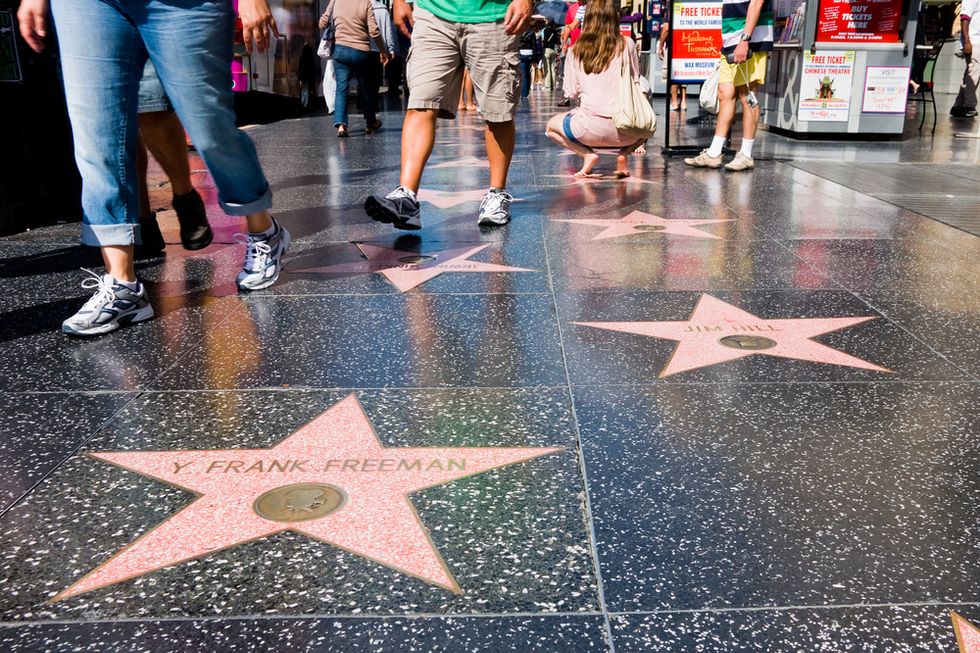 Everyone should have goals in their life and career. Are yours realistic? Here are some career benchmarks that some people stand by.

Career Benchmarks In The Entertainment Business

Are you where you should be in your entertainment career? Read to the end to find out (and you just might be pleasantly surprised)... By age 21 – 22, you should be out of college with a degree in something relevant to the field you want to enter. You should be confident about what that field is. By age 23, you should have an entry-level job in the city where you have chosen to build your career. It should pay at least $30,000. If you are an aspiring screenwriter, you should have completed at least two feature length scripts since college. By age 25, you should have earned at least one promotion, making at least 12% more than what you started at in your entry-level job. You should also know at least five junior or senior executives in your field personally. If you are a musician, you should be in a band that gets paid gigs in addition to doing studio work. By age 26, you should have a social relationship with at least two people doing what you ultimately want to do. If you are a creative, you should also have professional representation (an agent, manager, and/or lawyer). If you are an aspiring TV writer, you should have a staff writer level job on a series. By age 28, you should have earned your third promotion or be on your third job relocation to a higher level. If you are an aspiring actor, you should have appeared as at least a featured extra on a network series, highly-regarded cable series, or in a feature film. By age 29, you should have met with at least four people at or above the Senior Vice President level at a TV or Film studio or production company, network, or record label, depending upon your field. Your name should have been appeared in articles on Deadline Hollywood, The Wrap, and/or Variety.com at least three times total. By age 31, actors should have appeared in one network pilot as a regular, one indie film which has earned festival accolades, and/or a supporting role in a studio film. By age 33, if you are a creative, you should’ve fired at least one of your representatives to go with more prestigious representation. If you are an executive, you should be at senior vice president level or higher. By age 34, Deadline’s Nikki Finke must either “love” you or “hate” you. If you are a performer, you should’ve had at least one red carpet interview that appeared on a network entertainment show. By age 35, you should be making at least 200K a year and lunch with Electus head Ben Silverman or a comparable industry figure at least once a quarter. As you might be gathering by now, this post is completely facetious. It was inspired by the most recent of many, many conversations I have had with younger people about where they are in their careers versus where they should be. “I should be a junior executive by now,” they will lament. “According to who?” I will reply. Or ”I should’ve sold a script by now.” “Why by now? What’s now?” I will ask. And so on and so on. I’m sure the people who come to me with their shoulds know, in their saner moments (like I did when I was their age), that there is no clear path, no trail of mile markers to drive past, either personally or professionally in life. The trick is to be on your own journey and at the pace you are at. If you are focused on where you aren’t, then you won’t be fully focused on where you are or where you are striving to be. It’s a waste of energy and a distraction. So, here is the answer I promised at the beginning of the article: “Yes, you are exactly where you should be in your entertainment career.” Photo Credit: Shutterstock

“Do more with less.”

This seems to be top management’s mantra these days. Contact centers’ performance is intensively measured, often down to the second, with KPI data such as average handling time (AHT) or first contact resolution (FCR).

With so much data available, the pressure is on to shave seconds off of call lengths and solve more problems the first time around.

Executive Spotlight: How Different Industries Are Reacting To A Shifting Economy

For the first two quarters of 2022, we have seen the market contract. This is considered a sign of a recession. To shine some light on what this means for you, we asked our leading executives how their industry reacts to a shifting economy.