Now's NOT the Time to Wear a Scarlet "E" 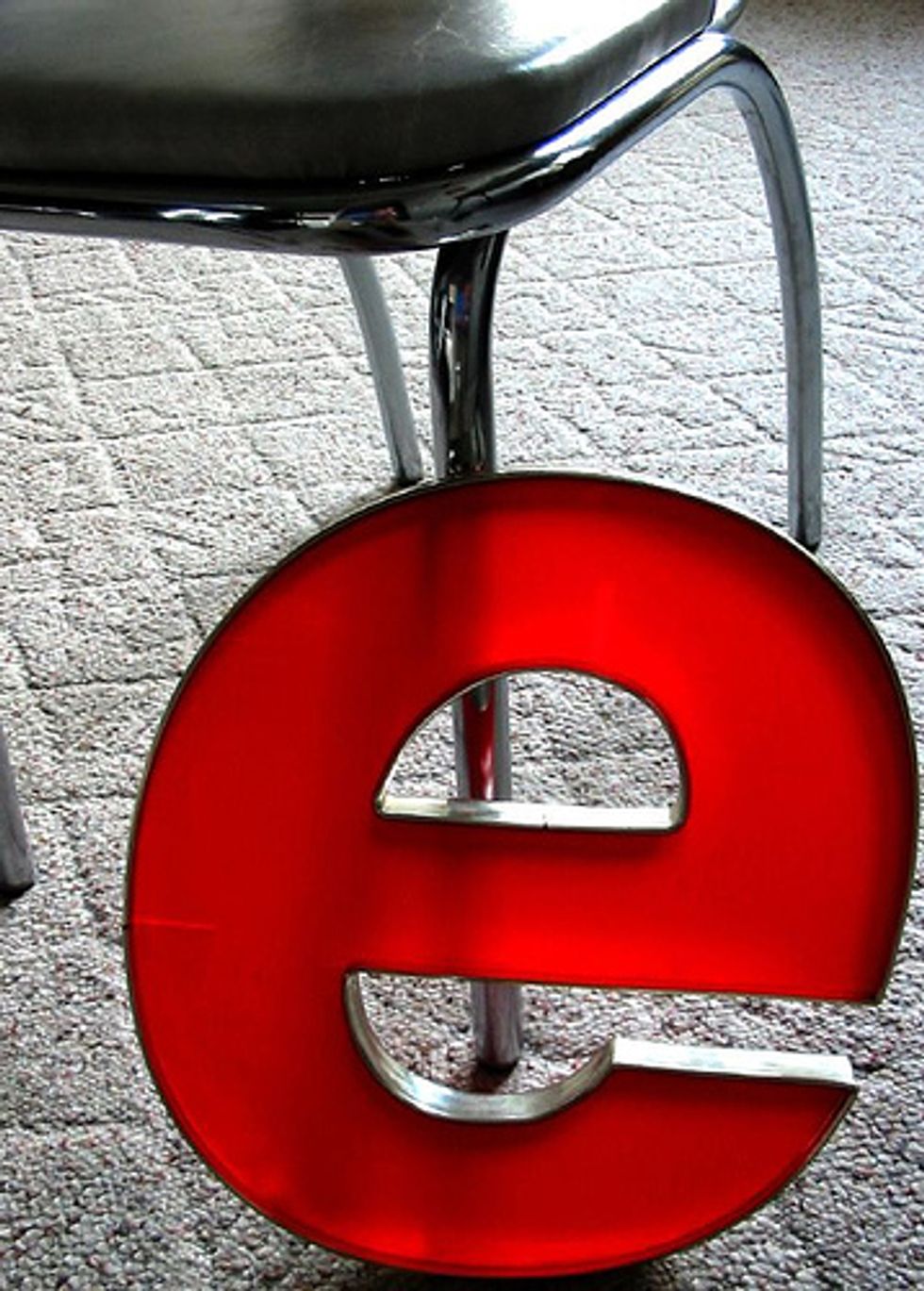 “First it’s the free lunches, next it’s office supplies, and before you know it, they’ll be canceling the birthday gift cards too,” I overheard one employee complaining to several of his co-workers while they sipped their lattes in a local coffee shop this week. My immediate thought: Yep, he’s wearing a Scarlet E – be careful buddy.

Yes, according to Matthew Boyle’s article in BusinessWeek, companies of all sizes are cutting perks right now. Why? Because they are less drastic than what’s next. Goldman Sachs cut dinner allowances by five bucks, while Alcatel-Lucent grounded three Gulfstream jets. The article says even Google has cut hours at it’s free cafeteria and has cancelled afternoon tea. (I’m not kidding!)

The article goes on to say that companies actually have to assess what perks to cut based on how it will be perceived by the employees. Based on what I heard above, I guess they are right.

For all those workers who feel the way the coffee shop guy does, I caution you: in the current economy, those who display an arrogant sense of entitlement, a Scarlet E, regardless of age, experience or expertise, are playing with fire. Let’s be real clear about the process that’s going on in companies all across America:

Now is not the time to outwardly complain about the elimination of perks, demand excessive job requirements, or push an employer for a significant pay increase. Yet, even in spite of the prediction that unemployment will reach 8% by next year, a lot of workers will continue to wear a Scarlet E without realizing it – and put their job at risk in the process. Like this gal…

A survivor of a recent layoff, she was complaining about the fact that she was just given double the territory she had before the cuts and would have to start traveling overnight 2-3 days/month. She has two small children and, up until now, had the understanding with her boss that she wouldn’t travel until the kids were all school-age. These were her exact words, “He knows my situation. I don’t even need this job. I just like the paycheck. They are going to have to do something about this.” For the second time this week, I thought: Yep, a Scarlet E – I’d be careful.

I bet you are thinking, “Ya, I know some folks like that – but I don’t act entitled.” Don’t be so sure. Many employees wear the Scarlet E without knowing it. Let me explain…

Over the years, we’ve actually been conditioned to feel certain entitlements as Americans, especially in the workplace. With the erosion of the employee-employer relationship that used to guarantee a lifetime of employment in exchange for a worker’s loyalty, we started to demand more in return for our services as a way to cope with the instability. But now, those demands that seemed so reasonable at the time, may need to be re-evaluated. Unfortunately, that’s not so easy when we’ve become accustomed to them. And that’s were the ugly ‘E’ word comes into play. Here are four reasons to explain how some workers have developed a sense of entitlement that can hurt them in a down economy:

1) Pop-behaviorism – After reading the book, Punished by Rewards, by Alfie Kohn, I came to understand how our culture’s addiction to praise, incentives, bonuses, and other bribes, has made us so externally motivated that we now struggle to understand or appreciate how to do things for the pure personal satisfaction they bring us. Any time we are asked to do something, especially at work, our first thought is, “What’s in it for me?” It’s no wonder we don’t want to lift a finger on-the-job until we know what we’ll get in return.

2) Cinderella Syndrome – The belief that some day, some how, our problems will be magically solved by our own version of Prince Charming. Whether it’s dreams of winning the lottery, becoming famous, hitting it huge in the stock market, finding that special someone who is rich and can’t wait to fix all our problems, and even landing the perfect job with a big salary, many Americans have come to secretly expect the fairytale ending to eventually come true. (ie. Thanks to reality TV, one study shows as much as 80% of young people between the ages of 16-24 expect to be famous.)

3) Sensorial Assault – With all of our technological advancements, we are now bombarded from the moment we wake up until the moment we go to sleep with images that remind us that what we have isn’t good enough. We are told non-stop to want something better, faster, cheaper…24/7. It isn’t a question of willpower, because unless you are willing to move to the middle of nowhere or a third-world country, you can not escape the visual and verbal assault of consumerism and the dissatisfaction programming it delivers.

4) Social Disconnection – Dr. Hallowell’s book “Crazy Busy” discusses the impact technological and industrial progress is having on our ability to feel accomplished and satisfied. He describes Cultural ADD and how we are all overwhelmed by the use of technology and the pressure to make ourselves more efficient. But more importantly, he outlines how we are becoming lonelier, hiding behind technology and losing our ability to communicate effectively face-to-face. We are slowly becoming less tolerant of other’s communication styles and feeling more isolated in our ability to connect personally with people.

The result is a working culture hooked on instant gratification, lacking in coping skills, and growing more frustrated by the day because they never seem to have enough.

Now, the horrible economic situation we are experiencing is giving many of us the reality check needed to change our perspective. A fundamental shift in how individuals view themselves, their values, and their priorities is happening as we speak. But for those who want to make absolutely sure they aren’t wearing a Scarlet E, here are two ideas worth considering: Finally, it shouldn’t go unnoticed that none of my suggestions above focus on what employers should be doing to help us. Please know, I am also disgusted by the excess and corruption that continues to be revealed within corporate America. And yes, a large part of the problem we are in today stems from their behavior, but recognizing that fact doesn’t change the state we are in. At the end of the day, unless you are your own boss, you must consider your actions in the workplace. We live in a free country. We choose to work for others who have the power to keep us employed. So, no matter how disappointed you are right now, it’s still not the time to wear a Scarlet E.

What do you think?