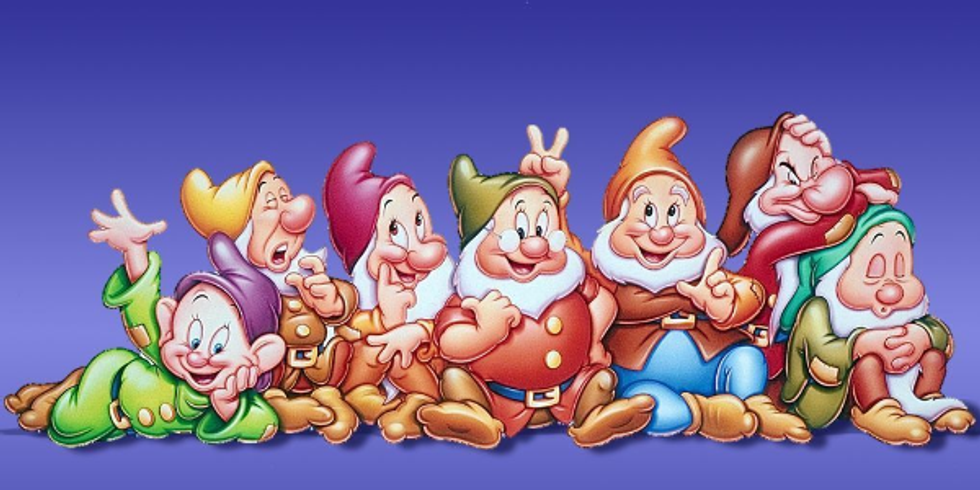 I found my youngest daughter glued to the TV recently. It’s not like her to get so caught up in a show. She normally can’t sit still! When I asked what she was watching, I was surprised to hear her say, Snow White. It’s been ages since I’ve seen the film, and it just so happened the "Whistle While You Work" number was on at that moment. I sat down to watch and quickly the, "Hi ho, hi ho, it’s off to work we go," anthem was being sung merrily by the dwarfs. Upon watching these back-to-back work-themed musical numbers, I found myself suddenly wondering, “What year was this film made?” I looked it up and found it was the first animated film Walt Disney had ever made - and it was in 1937. To give you some perspective, according to The People History blog, here’s what work in America was like in 1937: In 1937, “Unemployment continued to drop to 14.3% dropping some 6.7% from the previous year.“ Oh ya, and the average year’s wages were just $1,780.00! Wow. And we thought hanging at 9.2% unemployment was bad! I think it’s safe to say the folks who went to see the film when it came out in 1937 have a pretty good idea of what we are experiencing with the current economy - and then some! Walt Disney’s Attempt to Redefine the Work Expectations and Attitude of America Even though the movie Snow White was an adaptation of a German fairy tale by the Brothers Grimm, you can’t miss the fact Walt Disney created a storyline designed to career coach America during rough economic times. Consider the following:

Lesson Learned: We Are What We Watch! What struck me most about watching Snow White was it’s ability to re-frame the way I looked at work and my attitude toward it. After watching the movie with my daughter, I found myself inspired to clean the house. I put on music and sang while doing it too - no lie! Coincidence? Nope. If a picture is worth a thousand words, then a motion picture is worth a million. And those million words told me to stop complaining about the dust bunnies on my floor, to start vacuuming up - and to have fun doing it! Are You Guilty of Watching Anti-Work Sentiment? It’s easy to get caught up each day in the anti-work sentiment that surrounds us. Radio, print, on-line, or TV: they are all overwhelmingly negative. I talk to people almost daily who, thanks to what they watch or listen to, have decided to give up on ever finding a new job, or feeling happy at work. The answer is clear...STEP AWAY from the computer, HD TV and satellite radio! Then, go grab a stack of good films that can help you get motivated. Here are a few that come to mind:

I’m sure all of us could add to this list. My point is simple: we must choose to watch and be inspired by influencers that will help us achieve our goals, while avoiding the ones that make us miserable. Commit to surrounding yourself with the right themes and you’ll find yourself acquiring the right results. We’ve Got Attitude-Approved Video Content - It's Called, "CAREEREALISM TV" If you're a CareerHMO.com member, you get access to our live webinars each week. Plus, we archive them all for you so you can watch them on-demand. And, while they may not be the most expensively filmed programs, we hope what they lack in production value is made up for in content value. Each and every episode is designed to help you get the right mindset to achieve your career goals. Which means, you have 24/7 access to the right kind of inspiration! So, what are you waiting for? Come stop by our live sessions each Tuesday, Wednesday and Thursday at 1:00 PM ET, or use our keyword search to find archived shows that interest you. Either way, we promise to help you get that "Snow White feeling" you’ll need to succeed! J.T. O’Donnell is the founder of CAREEREALISM.com and CEO of CareerHMO.com, a web-based career development company.Image from Disney.com