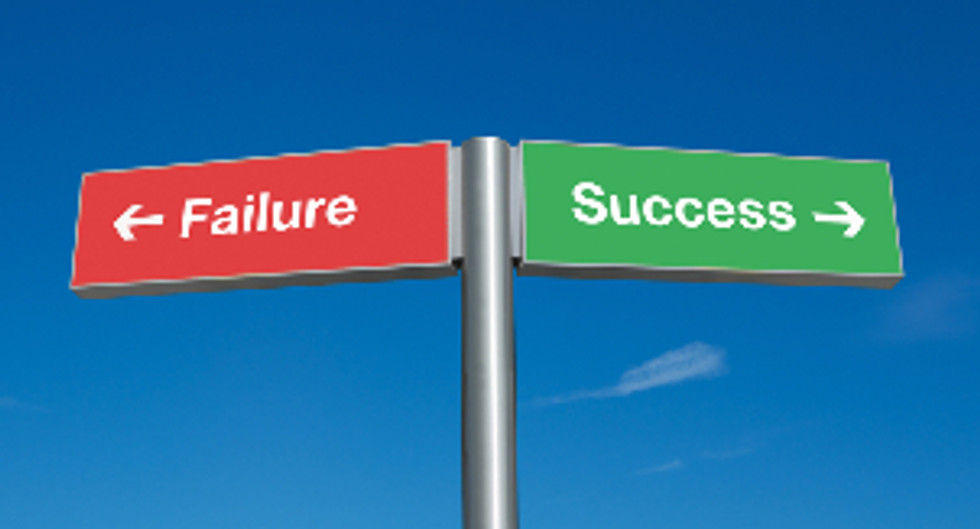 “What if's" can become a form of negative visualization. You know what I mean. “What if I try to do this, and I fail?" That's visualizing the pain of failure, not the euphoria of success.

'Nuff said about that.

I'd like to spend some time discussing the importance of failure – specifically how learning from failure can help you create the life and career success you want and deserve.

The late Ted Williams is famous for having a season batting average of .411. That means out of every 1,000 times at bat, he got a hit 411 times. This considered by baseball fans as one of the greatest records ever and unlikely to ever be broken. I met Ted Williams once. By a strange turn of events, we were staying in the same corporate suite at the same time. Ted Williams lived baseball. He told me he learned from every at bat – whether or not he got a hit. He said he wanted to get a hit every time he came to bat. When he didn't, he said he analyzed the situation to see what he could learn.

Ted Williams failed over half the time in his record setting year. And he learned failure is inevitable if you are trying for greatness. Failure is just a bump in the road to success.

Many people don't even set out on the road to success because they fear they may fail and not reach their destination. I was speaking with one of my career success coach clients today. She told me she found a great job with Google – one that was a perfect match for her qualifications. But she didn't even apply because she was afraid she wouldn't get the job. By not applying, she guaranteed she wouldn't get the job.

To put this story in the context of Tweet 14 in Success Tweets, she visualized the pain of failure, not the euphoria of getting a job with one of the best companies in the world.

Fear works in a funny way. When you embrace the fact you will fail on your journey to life and career success, you'll find you have nothing to fear anymore. When this happens you'll keep your eyes open, pick yourself up, learn from the failure, and move on.

As I tell my career success coach clients, “Failure is never failure unless you fail to learn something from it."

I choose to call the bumps in the road I experience learning experiences, not failures. When things don't work out for you, ask yourself, “What can I learn from this?" Even the smallest learning makes the experience worth it.

Treat failure not as an end but as a beginning. As Mike Ditka, the famous football coach says, “Failure is rarely fatal." This is true. Treat failures as learning experiences; pick yourself up, make some adjustments and be on your way. There are always opportunities for new beginnings. Don't quit in the middle of a problem; failure happened only when you quit. Don't give up. Visualize the euphoria of success when you are tempted to quit.