Don't Want Management's Job? That's Okay, They Don't Think You're Right for It 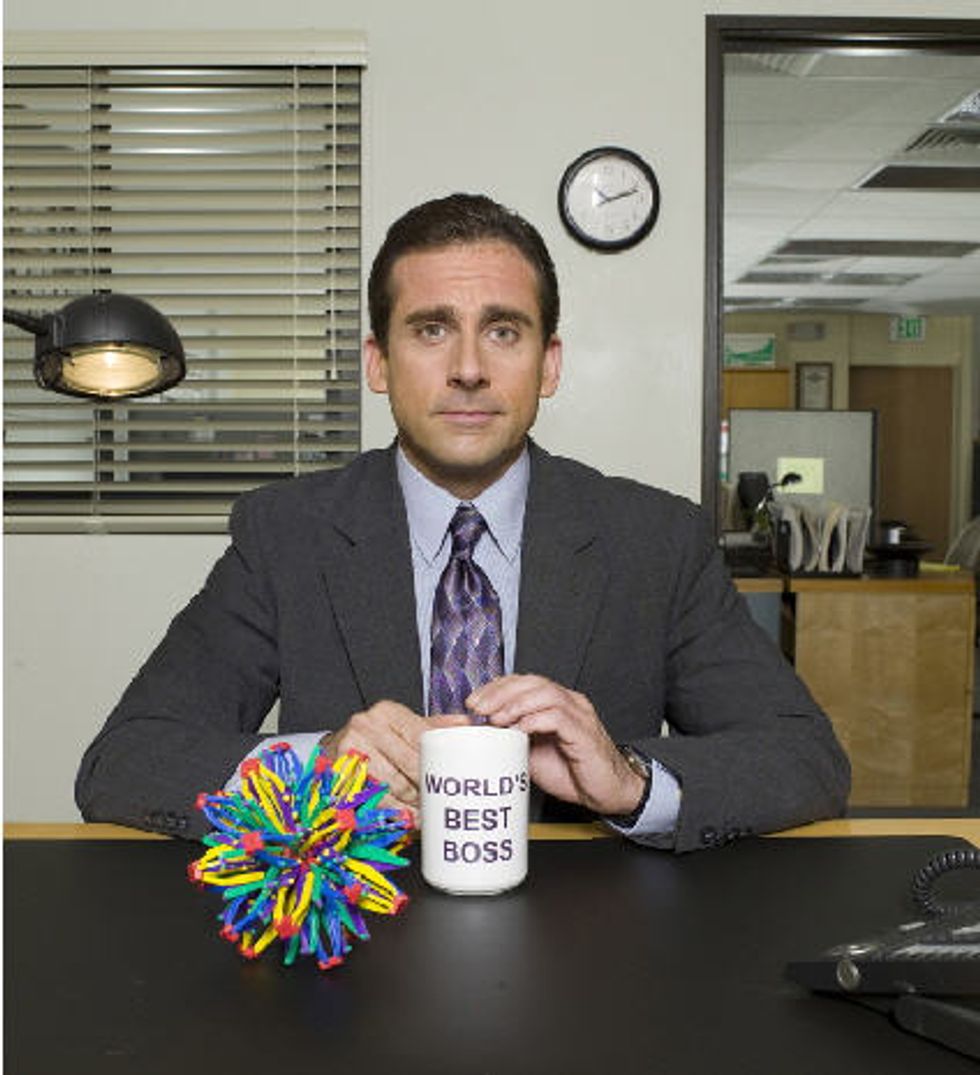 Two weeks ago, BusinessWeek, offered some interesting survey results in reference to Bosses Day which was celebrated nationwide on October 16th. (What, you didn’t get the memo?) One was from national staffing firm, Adecco, which says 69% of 1500 employees surveyed said they wouldn’t want their boss’ job if offered to them. The reason why? The 'pressure to have all the answers' was listed as a main concern, but I’m here to tell you the real reason – and more importantly, why your boss might not want to offer you a management position anyways. One of the most valuable aspects of my job is the work I do as an executive coach. As you can imagine, I get to hear what your bosses are REALLY thinking. One of the most common themes we discuss, even in bad economic times, is ‘attitude.’ These days, managers are feeling the impact of what I call, “The Office Effect.” I’m referring to the show on TV whose main source of comedy is a manager that is viewed as completely ill-equipped and unworthy of his position. Now, don’t get me wrong, I think the show is hilarious (the original series from England is just as funny too). But, the show also implies that any employee who’s really cool must also be ‘anti-manager’ and not aspire to the position. Only brown-nosing losers would actually want to be a manager, right? Well, guess what, the show’s theme does represent the opinions of more than a few employees in corporate America. Trust me folks - I’m not making this up. In fact, a survey commissioned by the staffing firm, Randstad NA, this past year indicates that more than 1/4 of American workers (27%), think their management team is down-right incompetent. (read more below...)

It’s true. These days, many people think being a manager ranks up there with being a used car salesmen (no offense to those that do this as a profession, but I’m sure you know the job gets a really bad rap). Yes, managing people is viewed by most as a complete headache and not worth the emotional and physical toll it takes to do the job. Being able to motivate people and help employees reach their goals, while simultaneously driving the goals of the company, is no easy task. But my question is this: If you don’t want to do the job, is it really fair to be so critical of those that are willing to try? According to managers I speak with, “The Office Effect” is being seen wide-spread, but what employees don’t realize is that it’s hurting their professional futures. Employees seem to think that their eye-rolling, mutual glances, syrupy responses, challenges in the form of questions, and even their quiet, passive-aggressive behavior, as displayed on the show, is going unnoticed. News alert: 93% of communication is non-verbal. Translation: your attitude is not as concealed as you may think. Managers see and hear you, even if you don’t say a word, and they’re getting tired of it. Now, before you get defensive and say, “but they deserve it,” let’s talk about how your attitude may be a bit misguided. As an employee in America, we’ve come to believe it is our right to work in a place where we are consistently valued and respected. Unfortunately, we’ve lost sight of the fact that all we are truly entitled to is: ”Life, liberty, and the PURSUIT of happiness.” If you aren’t feeling valued or respected at work, believe it or not, that’s your problem. As harsh as that sounds, it is the truth. I work with people all the time who are frustrated and angry with management. As a career coach, I tell my clients they’ve got two options: Either strategize on a way for you to move past your anger and be happy on-the-job again (ie. find ways to get the promotion and recognition you want or at least a way to deal with your frustrations so you can come to appreciate your job again), or leave. Even if you are convinced your boss is downright rude or crazy, it’s still your choice to work there. However, let me caution you against opting to leave too quickly. Often times, the problem isn’t the manager, it’s the employee’s perception of the problem. I’ve worked with more than a few people who have quit or taken new jobs in haste, only to regret the decision and wish they had stayed put. The grass isn’t always greener someplace else. Now, all this being said, here’s the point I must convey: If you are an unhappy employee, I can pretty much guarantee your boss knows it. And, if you aren’t seeing any effort on his/her part to help you overcome your dissatisfaction, it could just be because your attitude has given your boss the impression you are beyond saving. Managers want to help people who are pleasant to be around. Managers want to help people who they believe want to stick around. It’s that simple. So, instead of remaining frustrated and resorting to long, unproductive grievance sessions with co-workers, try working with an objective person (ie. mentor or career strategist) on how you can work towards an amicable and effective partnership with your boss. If that’s not an option, there are plenty of online resources (if you haven't taken the free ISAT test on the 'Career Tools' page to learn how you are being perceived at work - start there!) and informative books that can help you learn techniques for taking control of your career and improving your relationship with management. I guarantee your attitude will improve and your boss will take note.