3 Things You Must Say In An Interview In Entertainment 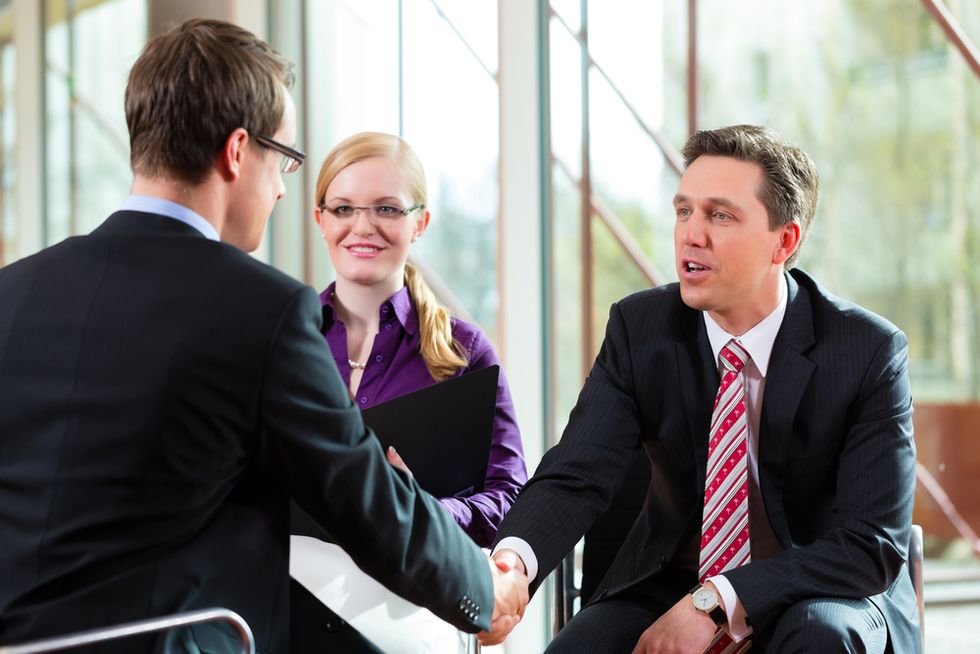 Congratulations! You got the coveted entertainment job interview during a competitive time in an always ultra-competitive field. We know you’re not going to blow it. You the basics and you’re ready to shine. But there are three things you must say in an interview in order to distinguish yourself from the competition and give yourself the competitive edge.

1. Tell Me You Did Your Homework

There’s nothing worse to an entertainment hiring executive than a job candidate revealing she has no clue what the company does during an interview. Tell me all about how much you want to get into television and be genuinely surprised when I tell you we produce movies, not television shows? “NEXT!” On the other hand, as I’m walking you out of the lobby, gesture to the giant posters of Brad Pitt and Angelina Jolie on the way and say, “IMDB says you guys have a sequel in the works,” and I know you know how to prep for an interview. I’m already glad I met with you and we haven’t even gotten to my office!

2. Tell Me You Want The Job

If you want the job, near the end of the interview, say the words,“I really want this job.” Or, “This job sounds like a great opportunity and I really want it.” If it’s down to two candidates and there’s no clear tie-breaker, the person who actually declared it in so many words will have the edge. I may not even remember that you actually said the words, but by saying the words, you have planted the seed in my brain. Nice going!

3. Tell Me Why I Should Hire YOU For The Job

In the political arena and in public relations, there are often references made to talking points. Wikipedia defines a talking point as “a succinct statement designed to persuasively support one side taken on an issue.” In order to sell yourself properly for a job, you’ll want to prepare three reasons you think you are a strong candidate for the job. You do this by matching the job description to your unique qualifications. For instance, if it says the job involves strong multi-tasking skills, reference the long-term temp assignment you had on a busy talent agency desk. Or talk about your experience as the editor of your college newspaper. Prepare in advance. You don’t want to have to come up with these talking points while nervously sitting across the desk from the hiring executive. Mention them more than once if it is organic to the conversation. Don’t’ just insert them into the conversation every time there is a lull, but make sure you get them across. You will likely go through your resume with the interviewers, so when he asks about your college newspaper experience say, “It was really busy. I loved the challenge of doing a bunch of things at once.” At the end of the interview, pick the talking point that corresponds to the job qualification the interviewer seemed most focused on and, after you say you want the job (see #2), refer to that talking point, “I love the challenge of being busy all day and having a lot of things to juggle and I would really appreciate the opportunity to prove myself in this position.” If you can get those three things out, even if you are objectively (on paper) one of the less qualified candidates, you have given yourself the best shot possible to get the job. Hopefully, you will get the opportunity to live up to the promise of the interview. Photo Credit: Shutterstock