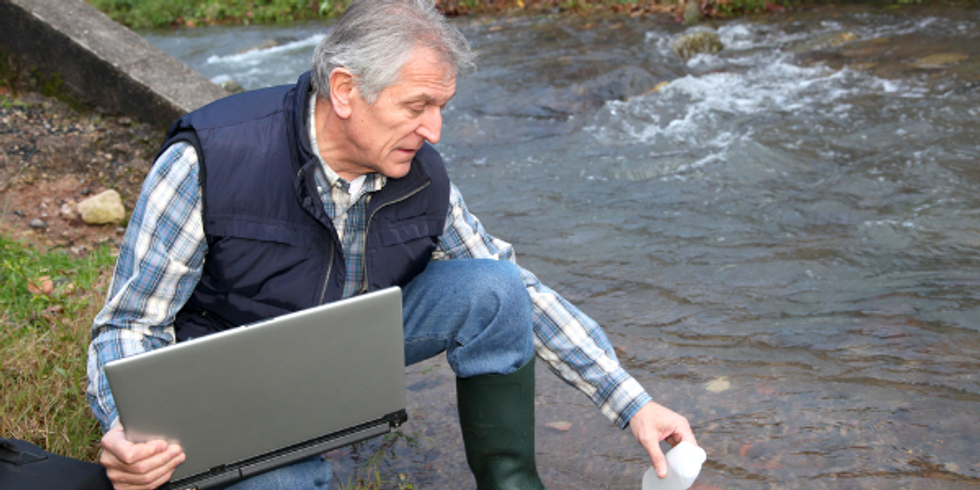 This is a true career story as told to AllEnvironmentalJobs.com and is one of many interviews with bilingual professionals, which among others include an asbestos estimator and an environmental operations manager. I work as an environmental biologist and have over eight years of experience in this industry. As a part of my daily routine, I count birds, use software to analyze bat calls, hike several miles with a heavy pack, conduct statistical analyses, and compose reports. Since I work on contract, much of my office work is done from home on my own time. The field work dates are usually flexible and the work involves a lot of physical labor.

I had a hard time finding this job and it required a lot of previous experience to get there. Despite stereotypes about the science field, competition in the environmental biology industry is fierce. After I graduated with my undergraduate degree, I worked internships - many of which solely provided a small daily stipend plus housing - on several different national parks and wildlife refuges. This was difficult for me financially, but even with a fantastic academic record there were too few jobs in the field for me to find a non-internship position. Like most industries, the majority of jobs in environmental biology are found through connections, which I needed to form. None of the refuges that I worked at had funding to hire someone full-time, so my internships eventually ran out and I moved on to the next job. After several years of internships, I was able to obtain paid temporary field work assisting established biologists with research on species that were more active during one season - usually spring, fall, or summer. At first, I was rejected from one of these seasonal jobs. I had filled out an application and answered the KSAs: Knowledge, Skills, and Abilities essay questions that accompany many government positions. On the KSAs I had mentioned much of my work but failed to list every relevant work experience and brands of scientific equipment used. I was focused more on flow of the language than on the technicalities of the KSAs. The next year, I found a friend that previously worked the same position. He told me to not worry about paragraph flow in the KSAs, but, rather, to work on detail. He also recommended me for the position. After receiving my acceptance letter, I learned the single most important job-searching lesson for my field (and most other fields, too): never underestimate the value of having a strong connection. After obtaining this position, doors started opening, and I worked several seasonal paying jobs before applying to obtain a masters' degree in biology. It was much easier to obtain a paying position while I was a graduate student. I was immediately awarded a graduate teaching assistantship, then a graduate research assistantship, then a laboratory coordinator position. Employment at this level seemed to be more readily available and to have a greater basis on work performance rather than connections. After a year as a student, I saw a position on an online wildlife biology board for an environmental biologist with a wind energy company. Surprisingly, this position was not likely to terminate immediately and it paid! I sent in my resume and went through a phone interview, and I got the job. Although the pay is still a little low, I have remained with this company since graduation with my M.S. I have been applying for other positions, but have yet to receive an interview. I advise anyone hoping to enter the environmental biology field to not overlook private companies as a source of jobs. Although many jobs in my field are with non-profit or government organizations, the vast majority lie with private companies. Many companies have research and development goals or need an expert to help them reduce their environmental impacts. During my pre- recession job search, about one out of ten applications with private companies landed an interview, whereas only one out of one hundred applications for a government position landed an interview. My current position is with a private company, although I have been out of luck with public and private sectors alike since the economic downturn hit. I also recommend any potential environmental biologists to not overlook any connections that they have. I got my first paying position through a connection, and would probably have started working as a burger flipper long ago if it weren't for that help. Some of my connections have not been as helpful since the economic downturn because they just don't know about any openings, or are too novice in their careers to have much influence on those who are hiring. Previously, about one out of every twenty-five connections helped me land an interview, though, which is a lot more than I would get on my own! I advise against going into this field if you don't plan on obtaining an advanced degree. I had a much easier time landing a job after obtaining my masters. Even with a masters, it is a very competitive field. The jobs are amazing - working in the great outdoors, handling and saving endangered species, sometimes even making my own hours and schedule. But if I were faced with the decision again, I would have gone into the health industry rather than the environmental one due to the number of applicants per job in the environmental biology industry. JustJobs.com is a job search engine that finds job listings from company career pages, other job boards, newspapers and associations. With one search, they help you find the job with your name on it.Read more » articles by this approved business partner | Click here » if you’re a businessImage from Goodluz/Shutterstock