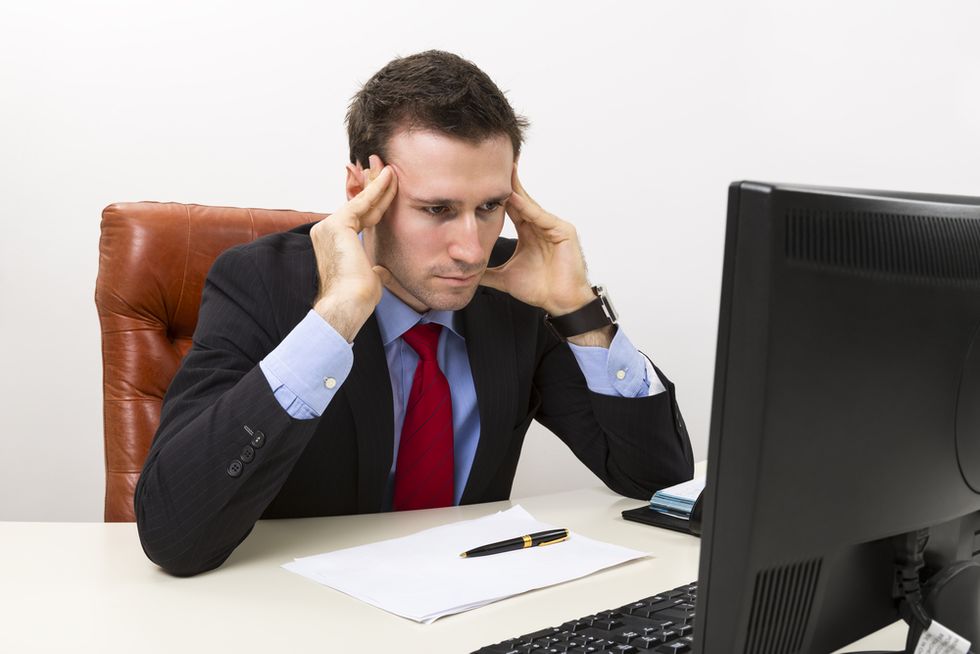 Why is it that some people seem to have “all the luck?” Here you’ve been, slogging away at a focused job search for weeks, months, or even years, yet certain contacts in your circles just seem to “pop” between jobs with nary a blink of the eye with little or no “downtime” in between. Say what? What’s wrong with this picture? It just doesn’t seem fair that you put a ton of elbow grease into a job search, yet those folks seem to flit by without going through the roller coaster of emotions, personal struggles, and financial desperation that you’ve been through this entire time. Not that you would wish this on anyone, but still… what do they have that you don’t? It’s a fair question to ask. Time to take a second look. It could be that there are barriers in front of you that you don’t even know that exist. Referrals evolve through a series of circumstances. But in order to make those circumstances happen, you need to purposefully work towards making the pieces align at some point in the future. By working in the present, you are creating the opportunities that will come together later – which is likely what these other folks have done.

This process isn’t magic. It has been the culmination of a much longer process that goes beyond the immediacy of a job search. Here are the top five barriers to job or contact referrals:

How are you managing your network? Are you so focused on moving toward the next event and the new people that you forget to circle back to last week’s function? Many people are so busy trying to be a networking ice-breaker ship that they forget to keep the waters clear on the channel that they just broke open. Don’t neglect those you just met. Many times, the contacts who aren’t particularly helpful to you in the present can actually be the ones who deliver in the future. Don’t bank on the immediacy contacts from the present moment… make a long-term investment of your referrers of tomorrow. Build long-term connections that will make your pipeline as smooth

The most successful people in life are the ones who aren’t afraid to ask for what they want. There is no "beneficent" angel looking down upon each one of us, waiting for that one moment to reward us. Instead, hard work and willingness to express ourselves at the appropriate time can open the doors that seemed closed. But be careful: coming across as “entitled” will dampen your referral prospects. There is a fine line between assertively stepping up and being obnoxiously egotistical… make sure you understand it and don’t cross that threshold!

3. You Don’t Have A Skill Or Culture Fit

Sometimes, in the throes of despair, job seekers start floundering and begin using the shotgun approach. They do this in hopes of hitting something or anything if they stretch their field wide enough. This never works. Remember, whoever might be referring you is actually putting their credibility on the line by making that referral… and if you don’t deliver on the goods (i.e. the necessary job qualifications and culture fit), that has a negative impact on their reputation. So, have the honest conversation with yourself as to whether you are actually qualified for the job and feel that you would be the right fit before asking someone to go to bat for you.

4. You Came Out Of Left Field

Every relationship has a beginning, and as the old adage goes, “There’s only one opportunity to make a first impression.” There’s obviously always that awkward moment when you make contact with someone that you do not know where you need to establish credibility and build a connection. This means there is a “honeymoon” period to the relationship where trust and rapport are being cultivated. Jumping into motion too soon with a referral request will send the wrong message that you are a “user” only bent on accessing this person’s ability to refer for your own gain. If you came out of left field and are new to this person of influence, take the time to become a known quantity in their network before asking for help.

5. You Are All Bark And No Bite

Another huge obstacle to referrals is when a person ends up being able to talk a good game but don’t show up on game day. Your reputation is your employment currency; treat it that way. Safeguard your reputation and make sure you can produce the goods. Be careful about promising what you can’t deliver and overblowing your credentials. Anyone who refers you only to find out that you aren’t QUITE what you say you are will feel burned. And, like elephants, they won’t forget. Keep these points in mind when asking for referrals, and consciously and proactively groom your networks for future opportunities!

When To Turn Down A Job Offer Risks And Rewards Of Taking A Job You Don’t Want Why No One Is Calling You After You’ve Applied To Over 100 Jobs Online Photo Credit: Shutterstock

These days, it can be overwhelming to think about how much work goes into finding a job. If you are very serious about it, you have likely educated yourself in all the various facets of a job search and become well-equipped to go out and tackle the task. But, so have many others.