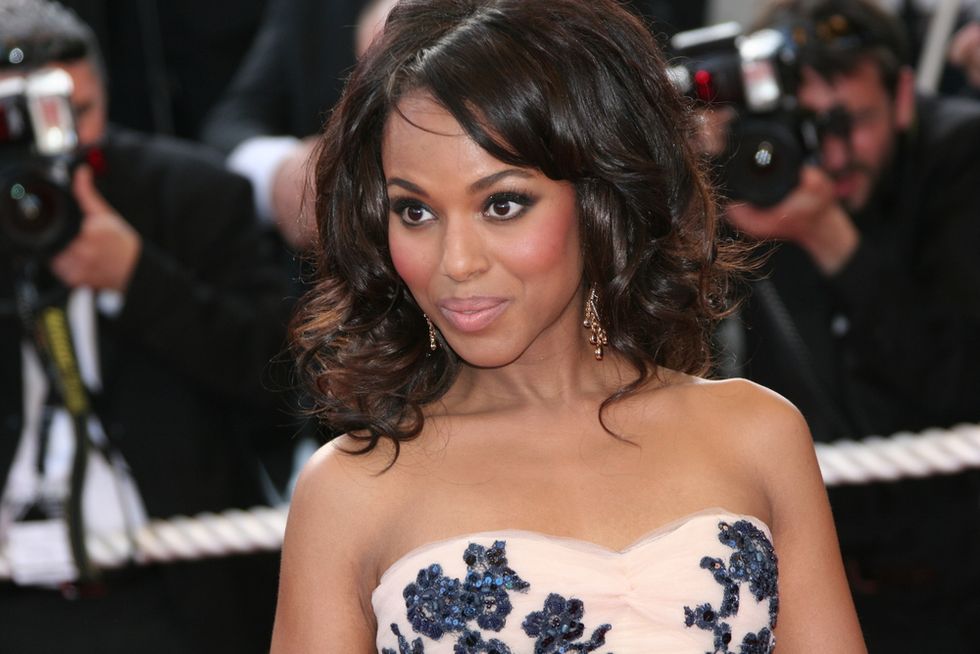 What do you and Olivia Pope have in common? Honestly, probably not much. Unless you’re also secretly dating a high-powered politician and finding that international diplomacy issues are getting in the way of healthy relationships with your parents, you’re almost certainly nothing like her. Related:6 Leadership Traits You (The Employee) Need To Develop On-The-Job That doesn’t mean, however, that you can’t learn some valuable lessons from her cool, hyper-loyal leadership style. While DC’s most powerful fixer does make the occasional slipup, she’s an expert at inspiring trust and getting the job done right, no matter what.

Liv and her team are loyal to one another to the death... Well except that time Quinn was secretly working with Charlie, and then Huck proceeded to pull her teeth out… but let’s just pretend that didn’t happen. Otherwise, Olivia and her co-fixers always have each other’s’ backs, even when it’s not particularly convenient. Competition and criticism can easily pervade any workplace – we get stressed, we get tired, and we get sick of each other; it’s natural. But, keep in mind that aside from your family, you see the people at work more than anyone else in your life. For better or worse, you’re a big part of one another’s lives and you’re all on the same team, heading towards the same goals. You never see Olivia throw one of her people under the bus or embarrass them in front of a client. When there’s an issue, she deals with it directly, in the spirit of tough love rather than hurtful criticism or judgment. That only works, however, because they genuinely trust and respect her to the point that they’d follow her over a cliff. Harrison summed it up nicely in season 1: “She had a reason, I don’t know what it is and I don’t need to know. She asked me to do something and I did it.”

All true “Scandal” fans will recall the pilot episode when Harrison was trying to impress upon Quinn the importance of what the fixers do: “I’m a gladiator in a suit. Because that’s what you are when you work for Olivia - you’re a gladiator in a suit. Do you want to be a gladiator in a suit?” The term has since become emblematic of the show. But, what does he mean? From a professional perspective, he means that he and Olivia and Abby work tirelessly and fight passionately for what they believe is right. They never quit until the good guy is victorious. While very few professions involve “fighting” for the good guy, all professional leaders can learn from Olivia and her team’s unwavering commitment to their clients. Liv and the team don’t rest until the client is vindicated. In a way, the term, “Gladiators in suits” brings to mind the idiom, “A wolf in sheep’s clothing.” Powerful business leaders like Olivia Pope present to the world an impeccable, polished face that can belie the scrappy fighter that lies beneath. That fighting spirit can be applied to the work you do for your clients as well as the way you go to bat for your team, no matter what you’re up against.

When it comes to complex personal issues, Olivia Pope takes the cake: she’s having a not-so-secret affair with the President; her dead mother isn’t so much dead as she is an international terrorist; her dad runs a top-secret spy organization that keeps kidnapping her friends and lovers… The list goes on. Yet, enter a client who needs fixing and Olivia is all business. One might argue that she bottles up her emotions, but you’ve got to give it to the lady when it comes to not letting her insanely personal issues distract her from the job at hand. Even when she’s embroiled in life-altering events, she scores wins at work. While your problems are probably more of the normal people variety, they can still get in the way. If your personal life is full of drama, think of work as a haven where you can escape – focus your mind on your professional duties to give it a rest from all the other worries. The added benefit of this strategy is that you’ll avoid snapping at colleagues and making needless mistakes.

Pope & Associates never say, “Die.” Even when a client’s challenge seems insurmountable, the team finds a way to get what they want. Saying that they’re resourceful would be a vast understatement. Your famous pastor husband died in a hotel room with a hand-cuffed hussy in the closet, and that hussy turns out to be his longtime mistress who’s demanding a $6 million payout because she has his child? No problem. In almost any job in any field, you’re going to come across seemingly-impossible challenges and gigantic road blocks at many turns. The difference between success and failure is finding a way around them, even if that way is extremely unconventional. Creative problem-solving is the common trait of all wildly successful people. But, remember: Olivia never does it on her own. She always taps the unique talents of her team.

While her fashion sense is arguably perfect, Ms. Pope herself is far from faultless. She’s quite aware of her weaknesses (namely a certain high-ranking political official), and those of the people around her. In fact, she hired each member of her team after having very intimate knowledge of their past mistakes. Never forget that she met Huck when he was essentially a homeless lunatic living in the subway. All of her people have made serious mistakes and are prone to occasional breakdowns, but she continues to support them regardless. Neither you nor anyone at your workplace is perfect – they’re faulted human beings who have made errors and will continue to make them. The important thing is that, ultimately, you believe in their capabilities and skills enough to see them through those errors and help teach them how to do better next time. Leaders must invest in their team, and investing is a long-term game. Say what you will about Olivia Pope and her often blind weakness for the wrong man, but she is a fierce leader who many of us would gladly work for. We should all be so lucky to have a team that would follow us into battle the way her Associates would. Next time you’re in a moment of professional crisis, just think, “WWOPD?” What would Olivia Pope do? This post was originally published on an earlier date.Photo Credit: Shutterstock

9 Ways To Stand Out In A Group Interview

If you're a job hunter, you have to remember that job interviews are not all the same. Some job interviews not only require you to answer somewhat stressful questions directly from your interviewer, but they can also require you to face a group of co-interviewees and (technically) compete with them by practically standing out among the crowd.

Early in my career, I worked for The Disney Channel, part of which included managing events where Disney character assets were constantly being requested. As I managed each of these events, I followed the Disney brand identity, ensuring it was implemented and executed to a tee. One of the issues I ran into quite often was people requesting events where they submitted their own Disney character art that was not approved, did not fit within the Disney visual identity, and was off-brand.

9 Ways To Stand Out In A Group Interview