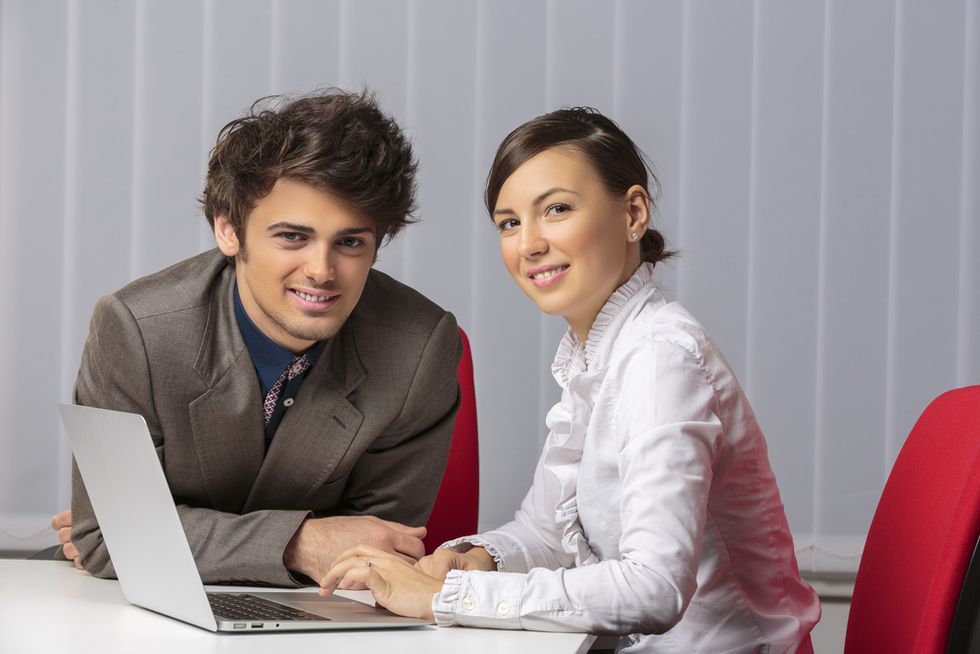 NOTE: This is a book excerpt with minor edits from Mandatory Greatness: The 12 Laws Of Driving Exceptional Performance by J.T. O'Donnell and Dale Dauten. They always know. She said, “One of the reasons to adopt the Triplets of Truthfulness is that the truth makes you more effective. I believe that we all have built-in lie detectors and that we connect on levels other than mere conscious thought. I won’t go into this because you’ll probably think I’m crazy, but we all have energy fields and I believe that part of our evolution, our survival, is to sense the energy of others. Go ahead, make a joke – I’m used to it.” I shrugged. I was agnostic on the whole vibrations/chemistry/body language subject. “Most people, especially men, think it’s ridiculous, but there’s research.” (Another warning of “Danger: Sociology Ahead!” is in order. Yvonne loves research because she likes putting numbers to ideas. I get that. Still, I’ll cut this part short because I don’t want to lose you when we’ve still got important work to do.) Yvonne said, “One study that I find fascinating involved participants who each watched one of four videos of a leader giving feedback. Two of the four videos were positive feedback and two negative. Then, within each pair, the person playing the leader was supposed to show facial expressions that were, in the researchers terms, congruent or incongruent. You follow?” “Sure. You’re saying that one video showed positive feedback with a positive boss, and one positive feedback with a negative boss. Then the same pair for the two negative feedback bosses.” “Exactly. Then the participants rated the bosses. The worst rating was the positive feedback with the negative expressions.” This made sense to me. “People don’t want to deal with the mixed message. The word ‘weasel’ springs to mind.” “Yes. And no one wants to work for a weasel, even one who’s saying nice things. Maybe we could even say especially one saying nice things. Plus, there’s a body of research around what’s called ‘mood contagion.’ People pick up the mood of others around them, especially the boss. So that would lead us back to the positive Mr. Smiley boss. But, if you buy in, even a little, to the notion that people sense what you’re really thinking, then you have to build a team that lets you be happy and mean it.” That brought back a memory. “I once worked for a man who often said to the team, ‘Make me proud,’ and we really wanted to. His reaction was like a scoreboard. He wasn’t easy to please, but if we worked hard, we could make him proud and that was a victory we all shared in.” “There’s one piece of mood-contagion research that I don’t usually talk about because it would be easy to misuse, but I think you need to know this. One study looked at the effort groups put in on a task, and the group worked harder for a boss in a bad mood than one in a good mood.” “I can see that.” “And can you see how easy it would be to wear out the bad-mood strategy?” I did -- if a boss is always in a bad mood, you’d just start avoiding him or her. Then it hit me -- Slap -- “On the other hand, if the boss is always in a good mood, always positive and delighted with everything you do, you take that boss for granted. You get bored playing a video game you always win. Now I understand why Jenny Lang said that anger was a tool in her toolkit.” She nodded slightly, pleased with a slow student. “Good. So the first part of the transforming criticisms to compliments is congruence – make it true because they are going to know anyway. Just assume that the other person can read your thoughts. Assume that They ALWAYS KNOW.” Mandatory Greatness is presented as a conversation between a high-powered business coach, Yvonne Wolfe (described as having “skirts of steel”), and a young manager who won a day of her coaching in a charity raffle. She observes him in his work, then offers a stark and startling analysis of him and his approach to his job: By imitating other managers he is making himself “a commodity product” destined for “inadvertent mediocrity.” She then teaches him to remake himself into a highly-valued teammate and a true leader using The 12 Laws of Driving Exceptional Performance.