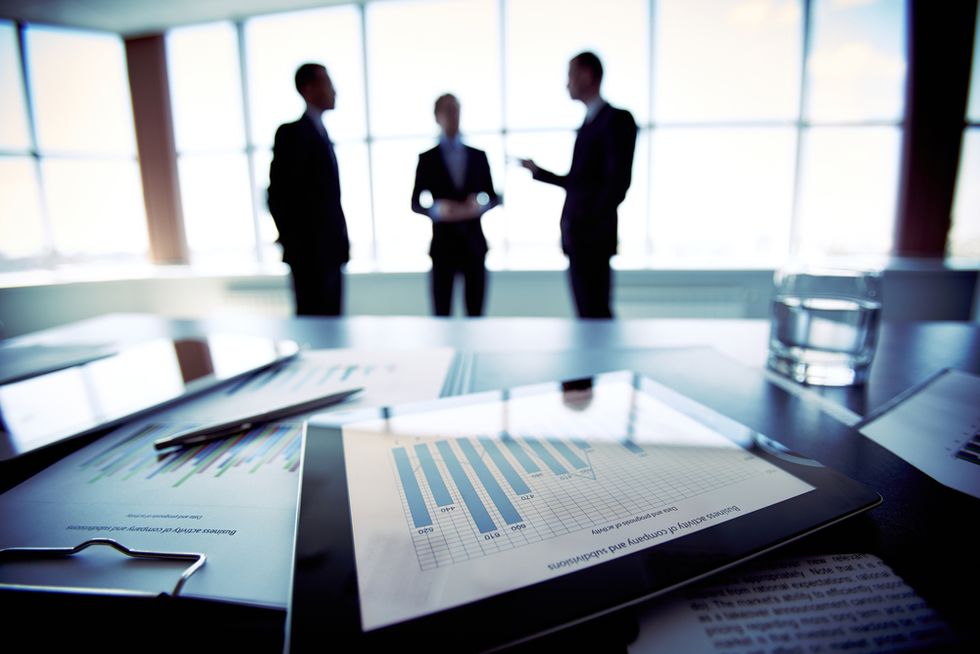 NOTE: This is a book excerpt with minor edits from Mandatory Greatness: The 12 Laws Of Driving Exceptional Performanceby J.T. O'Donnell and Dale Dauten. Bureaucracies Evolve, Organizations Devolve. Yvonne describes how easy it is to be a soft manager – it’s the natural thing to be – and how real leadership is asking people for more; said another way, to ask them to get better at what they do. One of Yvonne’s lessons was about organizations “devolving” – the tendency is to cut corners, save time, be content with “good enough.” After all, how often has your boss said to you, “It doesn’t have to be anything special,” or “Just take the proposal we did last time and change the names?” It isn’t that people are lazy or inept, it’s that we all are looking to be more efficient—it’s “let’s get this out of the way as fast as we can and move on to something else.” Without anyone ever making the decision, the unspoken team standard is “good enough.” Then, what’s the overall definition of the team’s “good enough”? The weakest member of the team. Everyone knows that’s how good “good enough” is and tends to devolve to that level of performance. The weakest person defines acceptable everyday when he turns up for work. Yvonne said this, “That’s where leadership comes in, not just giving permission and answering questions, but asking interesting questions like, ‘How could we make it so customers don’t need to call us about their bills?’ What you are really asking is, ‘How could we be better? How could we eliminate bureaucracy and get better at the same time?’ THAT’S leadership.” She then offered examples, including this one… Yvonne began by recounting a conversation she had with Kenneth Roman, who was CEO of the big ad agency, Ogilvy & Mather, and wrote a book about David Ogilvy, The King of Madison Avenue. (It turns out that Ogilvy was the person she was describing when she first pulled out a quote about being feared in the best way.) Roman described his first encounter with the agency’s standards of excellence: Within a few months of starting work at the agency, he was called away from dinner by a phone call from one of the agency employees who was working on a two-page magazine ad. Roman was told that the pages were too far apart, leaving an eighth of an inch of extra white space between them. The problem could be easily remedied, but doing so would cost $300 for new printing plates. Roman describes what transpired: “I agreed that the fix made sense but pointed out that this was not the main campaign, only a coupon ad, and this was just a test market. The change could be made later. ‘And the client has already approved it,’ I added. “The reproving response was swift. ‘David says [pause] it’s never too late to improve an ad – even after the client has approved it.’ ‘Spend the 300 bucks,’ I agreed. Like the Church, the agency had standards.” I’ve since read Roman’s bio of David Ogilvy and it’s replete with instances of Ogilvy’s standards lifting the organization. One former employee (this was Peter Mayle, who went on to become a best-selling author) recalled getting his ad copy returned by Ogilvy heavily marked with red pencil including this bit of marginalia: “Quack-quack. Belles lettres. Omit.” On another occasion, when Ogilvy feared the entire agency’s standards were slipping, he wrote a series of memos under the heading “Escape From Dullsville.” Yvonne described asking Roman if working for such a demanding legend meant that Ogilvy was “scary.” He immediately insisted, “No! He was fun and he was funny.” Here’s the conclusion: Ogilvy was charming… AND demanding. A lovable tyrant. Like many of the best leaders, he was feared in the best way – the employees didn’t fear him, they feared letting him down, feared failing to live up to his standards and the agency reputation. Mandatory Greatness is presented as a conversation between a high-powered business coach, Yvonne Wolfe (described as having “skirts of steel”), and a young manager who won a day of her coaching in a charity raffle. She observes him in his work, then offers a stark and startling analysis of him and his approach to his job: By imitating other managers he is making himself “a commodity product” destined for “inadvertent mediocrity.” She then teaches him to remake himself into a highly-valued teammate and a true leader using The 12 Laws of Driving Exceptional Performance.