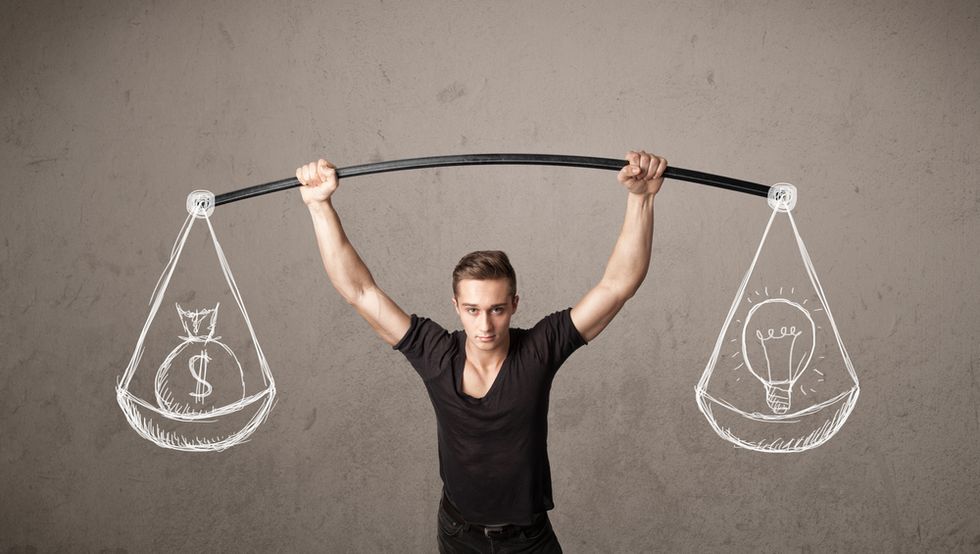 NOTE: This is a book excerpt with minor edits from Mandatory Greatness: The 12 Laws Of Driving Exceptional Performanceby J.T. O'Donnell and Dale Dauten. If you’re certain, you’ve wimped out. Yvonne wanted to tell me about another executive who had been schooled by an early boss in how to be demanding but lovable. “He described a time, early in his career, when he attended Friday meetings with one of the firm’s leaders and each time he left the meeting he found himself ‘wanting to work the weekend.’ So, he decided to study that boss to figure out how he accomplished it. “What it was, he decided, was an implicit offer: ‘I’m going to make you better. Then, I’ll make sure everyone will notice.’ And, ‘I’ll give you one of the best projects, letting you work on the highest priority stuff, and if you take the mission, I’ll trust you and you’ll trust me.’ He said of that deal, ‘He let you know he was giving you a break and no way were you going to let him down.’” If you’re like me, you’re thinking, Good plan, right, but not exactly hard. That’s when Yvonne passed along what this guy had done with his mentor’s wisdom, going to work for one of the big consulting firms and telling Yvonne, “I’d take a comfortable, 9-to-5 guy and give him a major assignment and say, ‘You can have this tomorrow, right?’ He’d end up working all night.” “Did he feel bad about calling for an all-nighter?” Yvonne asked, then answered with, “Not a bit. Instead, he said, ‘They had forgotten what they were capable of. We’d shake them from their sleep.’ And he added, talking of later projects in his career, ‘I’d set such ambitious goals that people would say, “You’re kidding me, right? That’s when I knew I had the right goal.” This is all you need to know about goal setting: If you’re certain, you’ve wimped out. Mandatory Greatness is presented as a conversation between a high-powered business coach, Yvonne Wolfe (described as having “skirts of steel”), and a young manager who won a day of her coaching in a charity raffle. She observes him in his work, then offers a stark and startling analysis of him and his approach to his job: By imitating other managers he is making himself “a commodity product” destined for “inadvertent mediocrity.” She then teaches him to remake himself into a highly-valued teammate and a true leader using The 12 Laws of Driving Exceptional Performance.