Mandatory Greatness: One Sentence Is Worth A Thousand Meetings 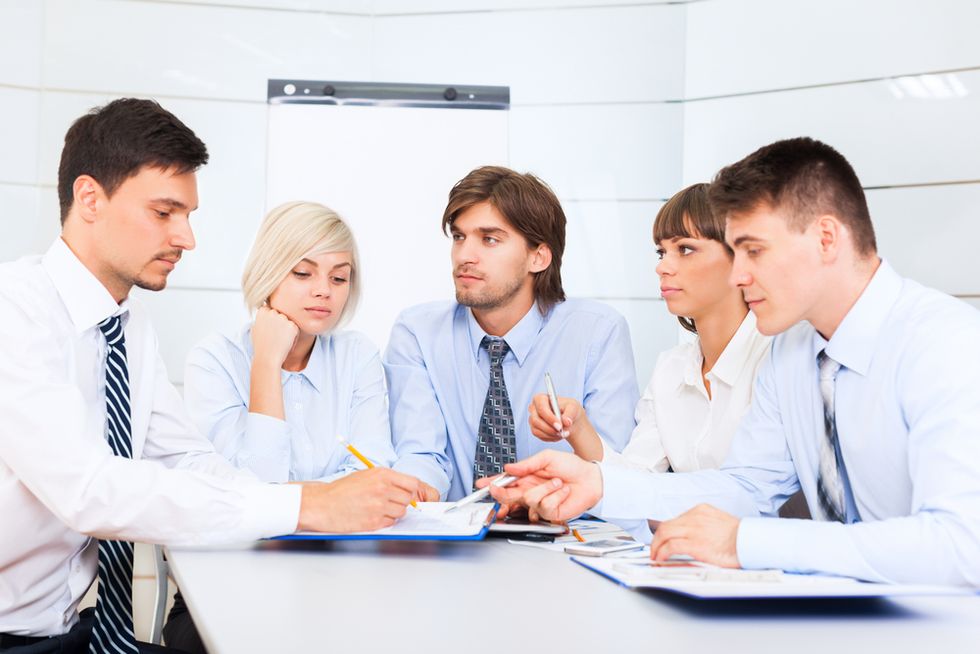 NOTE: This is a book excerpt with minor edits from Mandatory Greatness: The 12 Laws Of Driving Exceptional Performance by J.T. O'Donnell and Dale Dauten. One sentence is worth a thousand meetings. “I saved for last a line that’s just right for you. There’s a simple sentence that can guide a department. You remember I told you about Prometric, the company that does professional qualification testing around the world?” “I remember you told me the story of a star employee, Holly Dance.” “Exactly. I also met at Prometric an inspired young man, James Lee, who told me of the time he took over Prometric’s help desk – the people who get the calls whenever there’s a problem with administering a test, anywhere in the world. The tests are almost all on computers, so Lee’s staff was seen, in his words, as ‘tech geeks solving problems.’ "But Lee redefined the group. After all, these are people taking tests like the CPA exam, something they’ve spent months or years preparing for. Every technical problem was a matter of people taking-or-not-taking an exam, one that might determine the course of their professional lives. So he started saying, ‘We save the candidates.’ Then, he started calling the people in the department ‘guardian angels.’ “So he gave the people who worked on the help desk a new choice: Which would you rather spend your days doing, solving tech problems or saving candidates? Being a geek or a guardian angel? “He didn’t say so, but I’ll bet there were people who didn’t want the new label, who didn’t want the pressure of working at the ‘angel’ level, people who didn’t understand that ‘pressure is a privilege.’ And I bet they found new jobs. Meanwhile, speaking of new jobs, I just heard that James got a major promotion, heading a larger group and got a VP title to go with it." Yvonne sat up straighter and I knew she was set to deliver a juicy comment. “And here’s where it gets really good: When you redefine the group and its work, you take leadership and give it out, give it to everyone on the team. The team is pre-led because the thought-process has been pre-thought. And that’s how this becomes true: One right sentence is worth a thousand meetings.” I loved that idea. Pre-led. Mandatory Greatness is presented as a conversation between a high-powered business coach, Yvonne Wolfe (described as having “skirts of steel”), and a young manager who won a day of her coaching in a charity raffle. She observes him in his work, then offers a stark and startling analysis of him and his approach to his job: By imitating other managers he is making himself “a commodity product” destined for “inadvertent mediocrity.” She then teaches him to remake himself into a highly-valued teammate and a true leader using The 12 Laws of Driving Exceptional Performance.