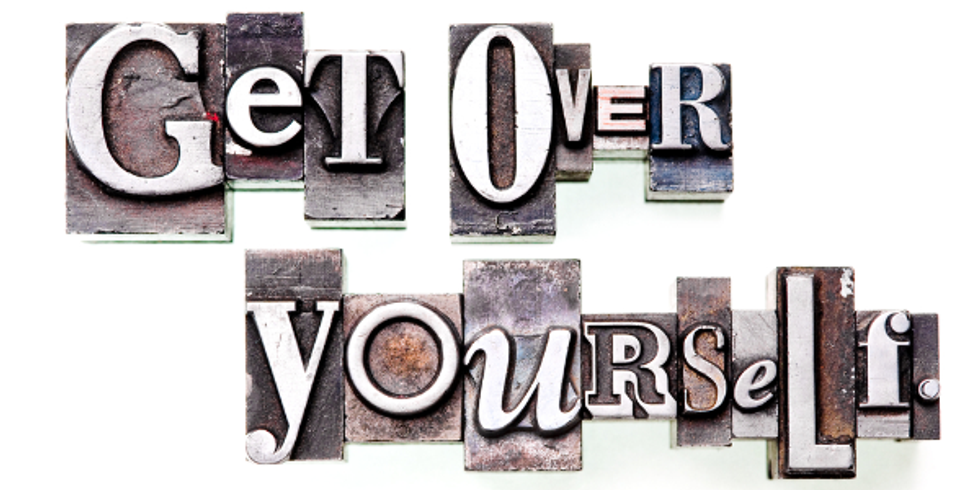 There are many reasons for these disturbing figures. As I pointed out in another article, many of their expectations and behaviors, as well as the dysfunctional behaviors of their parents, contribute to this grim reality. There is a very real psychological issue that exists among some Millennials, however, and it is part of the employment issue: narcissism and youth unemployment go hand-in-hand these days. Here is the story of one such individual who applied for a job with us. We had been searching for an individual to train as a career coach. We received several applications — few of them qualified. We found someone whom we hired and who is doing well at her new job. However, some of the resumes and cover letters we received in this process are indicative of why some young people are unemployed. With identifying information taken out, I’m sharing a bit of one I received. Be aware resumes and cover letters sent to employers or given out during networking or on a job search are not confidential information, although I've taken out names and identifying information to protect the guilty. To start with, she wrote the cover letter “To Whom It May Concern,” even though she had our names and our website. Very lazy and rude. Never write a cover letter “To Whom It May Concern.” Take the time to find out the individual to whom the cover letter should be sent. Then it started to get very amusing:

Greetings! My name is Jane Doe and I am a second year Graduate Student at [local, well known and well respected University], getting ready to enter into my third. My background rests within the Customer Service and Beauty Industry, and I am very much looking for a career path that tailors more to my area of study and expertise, which is Professional Communication with a concentration in Corporate Training and Development.

So far so good, although her beauty industry background is irrelevant to the position for which she is applying. And we don’t have (and didn’t have) a position in “Corporate Training and Development.” Make sure you know what the position title is for which you’re applying. But it looks hopeful, so far.

I graduated from [local University] in 2005 with a Bachelor’s Degree in Criminology Studies. When a career in [Business] wasn’t for me, I decided to pursue a Graduate Degree that related to my desire to help people, but I didn’t want to pursue an advanced [Business] Degree. Instead, I wanted to work with people in helping them to advance and develop their potential. When Education and Social Work wasn’t (sic) the answer, I decided to give Professional Communications a try because it sounded like it would be a good fit for me. Shortly thereafter, I found Corporate Training and Development compelling and enticing because not only was the money decent, but it gives me a level of inspiration and knowledge that worked for me and my personality traits.

OK, not too bad, but, really, would you hire this person? She obviously does not have a clue what she wants to do in life. She is going to give “Professional Communications a try.” A try. But then she finds Corporate Training and Development (something we do very little of) enticing because a). “the money is decent,” b). it gives her a level of inspiration and knowledge,” and c). it works for “me and my personality traits.” She’s, therefore, looking at something that we don’t really do, and is coming aboard because it might tickle her fancy, which seems to change more often than I change my shirt (and, yes, I change my shirt at least daily, before you ask...). The narcissism in this paragraph makes her a very risky bet for any employer to hire and, probably, a waste of time for any employer to interview. Of course, she doesn’t see it that way. She thinks she is entitled to an interview and a good job. This is obvious in her phraseology. Make sure that you don’t give the employer too much information, for one thing. For another, stick with something for a while. Employers need to see some stability. But it gets weirder, yet. Here we go into la-la land…

With a Sun in Scorpio and a double Libra Moon and Rising, my personality is considered to be very diplomatic, extremely tolerant and indubiously (sic) fair. Since Libra is the sign of the scales, my emotions are strongly committed to harmony and justice, thus I strive to constantly have these elements around me at all times by exhibiting peace loving behaviours (sic) and exercising people pleasing actions in order to attain such a balance. But watch out, for when my Scorpio Sun is out, it’s a whole other ballgame! Despite my inner Liberality and calm exterior, beneath lies a driven, powerful Scorpio that will let you know when she has had had (sic) enough. It is this part of my personality that I contribute my tough interior that displays actions I like to describe as a form of “tough love” when (sic) such mindset and duty are necessary. It is also this point of my personality that the ever charming Libra tongue has been temporarily taken over by that of the Sharp Scorpion; ready to exhibit clear, vivid, and sometimes not always nice connotations of how I see things as they seem fit to the situation at hand. (Misspellings and other typos are hers. This section I did not redact because I don't know enough astrology to change anything. Besides, I can't make this stuff up!)

I don’t even know where to start on this one. Not only are there some misspellings and a clear neglect of the English language (from someone who is supposed to be a Master’s Level in Communications!), but astrological information in a cover letter. Her inclusion of questionable material such as astrology proves that her judgment is terrible. And her description of herself paints a picture of someone who is not employable by any moderately sane employer. But wait! There’s more!

While I am honestly not completely sure if I want to be a part of your company (mind you I don’t even work there at this point in time), my interest in career coaching is strong and I would be willing to give your company a chance, providing the company is willing to give me a chance. From it appears, the Heckers seem like lovely people and very strong to work for. As an employee, I look for an employer that possesses toughness and fairness in balanced and equal proportions. It is with this statement that I humbly ask for your consideration for employment at Heckers, LLC.

Wow! She’s “willing to give [our] company a chance.” Isn’t that gracious of her. She does not tell us one reason why we should look at her, nor anything that she would do for our company. She, again, speaks only of what she wants. She speaks about what she looks for in an employer, not what she can offer as an employee. She doesn’t even bother to get the name of the company right, nor its organizational structure... we’re a corporation, not an LLC. We’re “Heckers Development Group, LTD,” not “Heckers, LLC.” Hint: At the very least get the company name right. Not doing so is not only rude, but it assures that the employer will just hit "delete" for your application. I’m not going to reproduce the resume, but it was as equally bad as the cover letter, though not quite as amusing. What’s even worse is that the career counselor at her University and the individual who referred her defended this clearly narcissistic and unqualified candidate. This is incredibly dysfunctional enabling behavior, but not unheard of on the part of older adults who are “responsible” for the Millennials who are clueless. To avoid embarrassment to either the University or the applicant, I have changed the names and substituted fictitious names. But I assure you this cover letter is the real thing. I will say one thing. At least her cover letter was memorable, but not in the way one might want. On the other side, we have a Millennial generation woman who started in the career coach trainee position May 16. She is very well qualified, wrote an engaging and thorough cover letter (which was spell and grammar checked), and has an impressive resume. She is working out tremendously well, and has a fantastic work ethic. Additionally, I spent an hour and a half with a young woman (Millennial again) a couple of weeks ago who was incredibly impressive. She asked if she could network with me and ask me some questions. I was happy to help. Our fantastic and highly competent technical guy is a Millennial. He is one of the hardest working and most customer service oriented people I have the privilege to know. So it isn’t that I “have it out” for Millennials. But there are some realities. Those Millennials who want to work (and many don’t even try) are going to have to make it less about them and more about the companies for which they’re working. No one is entitled to a job… no one. Millennials need to learn to play by the rules of the business world, not insist that the business world conform to their world. Many Millennials understand this. Some don’t. Those who don’t are going to have a very hard time in life. Those who do will kick butt. Most importantly, older adults in the lives of Millennials have got to stop defending them when they are out of line. Most people, from time to time, need a reality check or even a confrontation on their behaviors. I do. You do. And Millennials do. We are failing these young adults by protecting them from the realities of the work and real worlds. Sooner or later, they’ll have to face these realities. It is easier to do this at 25 than at 45, or even 55. I’m truly disappointed this wasn’t just a joke played on me by someone I know who was getting back at me for my Millennial articles. I am also quite concerned for this young woman. Sooner or later she, too, will have to face the real world. I’m afraid her teachers, counselors and “mentors” have ill-prepared her for it. John Heckers has over 30 years of successfully helping people with their careers. He has consulted to executives from Fortune 500 companies, five-person companies, and everything in-between.Photo credit: Shutterstock

Why Contact Centers Are A Good Way To Start Your Career

“Do you really want to work in a contact center?”

The Data Science ROI Of Moving To The Data Lakehouse

Many CDOs/CDAOs (and even CMOs) have raised some interesting questions about these three data management and data science titans: Snowflake, Databricks, and DataRobot. Some of the questions include:

Why Contact Centers Are A Good Way To Start Your Career