Networking: My 'You Know Everybody!' A-Ha Moment 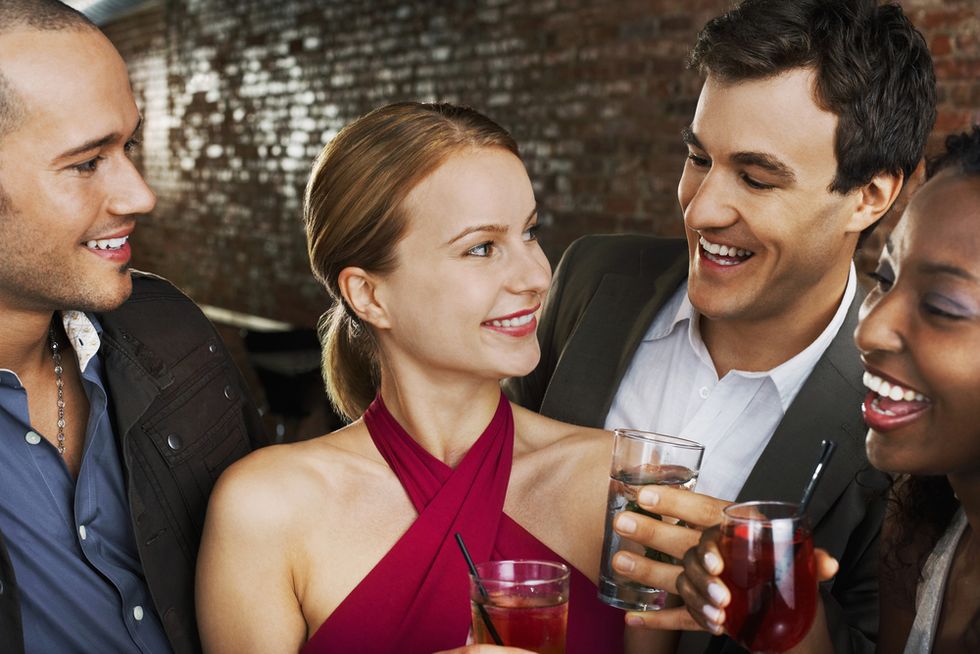 NOTE: This is a book excerpt with minor edits from You Know Everybody! A Career Girl’s Guide to Building a Network That Works by Marcy Twete. It was October of 2009 when the idea for You Know Everybody! first came to me. I had been dating a man named Charlie for just a few weeks (he would eventually become my husband). We ventured one October evening to Minneapolis’ newest hot spot, Bar La Grassa. After opening just days before, a friend of a friend made some calls and got me a 7:00 p.m. seating, which thoroughly impressed my new not-quite boyfriend. As the host escorted us to our table in the back corner of the bustling dining room, I scanned the faces of those around me. I smiled, nodded, waved here and there, and, upon sitting down, immediately turned to Charlie and said, “This place is like a who’s who of Minneapolis/St. Paul.” He laughed uncomfortably and asked, “How do you know?” For the next few minutes, I covertly drew my date’s attention to the man across the room to the left in the blue suit. That’s the CEO of one of the Twin Cities’ largest companies. Next, the group of girlfriends dressed to the nines—all members of families with what you’d call “old money” in Minnesota. And at the bar, hoping for a table, was one of the city’s best event planners, sipping a martini with a Star Tribune editor and a fashion designer who was rumored to be cast on Project Runway. Those people weren’t just faces to me. They were my friends, my colleagues, all of whom I could call in a moment’s notice if I needed something. After I gave Charlie the skinny on at least half the room, he turned to me and said the words that would shape the course of my life and, ultimately, inspire this book. He said, “Wow, Marcy. You Know Everybody!” He was right. I had amassed a network in Minneapolis/St. Paul that included everyone from corporate CEOs to chefs, artists, actors, and those you might call socialites. I didn’t know that night, or in the months to come, that my networking abilities would soon be tested beyond any measure I could imagine. I had no idea that the appearance of the You Know Everybody! idea in my life would actually be an invitation to the universe to throw down the gauntlet: Less than a year later, Charlie and I would pick up our furniture and our cat and move to the Windy City of Chicago. Fast forward to December 9, 2010. Around noon, I walked into the Union League Club in downtown Chicago, looked around the room, and experienced one of the most terrifying moments of my life. I scanned the faces of the 200 women gathered for the Professional Women’s Club of Chicago luncheon, and my feelings were the exact opposite of those at Bar La Grassa the year before. Not a soul in the room was familiar to me. I knew nobody. Despite the fact that I would eventually look back on this PWCC luncheon as a success, that evening I sobbed to Charlie. I asked him how would I ever make friends, how would I ever build the kind of network in Chicago I had in Minneapolis? “How,” I asked, “am I ever going to get through this?” I won’t lie to you—there were many more evenings like that one. Evenings when I sobbed and shook and wondered how I would ever get through such a huge transition in my life. But I embarked on a process to create the same kind of network in Chicago that I had in Minneapolis. And between the tears and the fear, I had to believe if I did it once, I could do it again. Fast-forward again to November 16, 2011. That evening, I walked into a room filled with hundreds of Chicago women at the Step Up Women’s Network annual Stepping Up in the City event. I closed my eyes and thought back to that evening in Bar La Grassa and then to that terrifying first luncheon at PWCC, and compared the two. I realized I felt more like the former than the latter. And at one moment in the evening, I was standing next to a new friend who turned to me and exclaimed, “Wow, Marcy. You Know Everybody!” I realized then that my network in Minneapolis wasn’t created accidentally and my new network in Chicago hadn’t been, either. When I moved to Chicago, I attacked networking intentionally, and with a clear, well-thought-out plan. In less than a year, I went from knowing nobody to knowing (again, as well as anyone can) everybody.

When we think about networking, we often think about mixers, events, conferences, and coffee meetings. While in-person networking is key to your success, you can also build meaningful relationships to enhance your professional networks by using various social media channels. In this session, Marcy Twete, founder of the Career Girl Network and author of You Know Everybody! A Career Girl’s Guide to Building a Network That Works, will lead you through the process of developing your professional brand online and using it to build the network of your dreams. The workshop will tackle the fine line between the personal and professional on Facebook and LinkedIn, using Twitter to develop friendships and become a thought-leader, and dive into lesser known social media channels specific to the nonprofit sector and other fields.   WATCH NOW ►   Photo Credit: Shutterstock