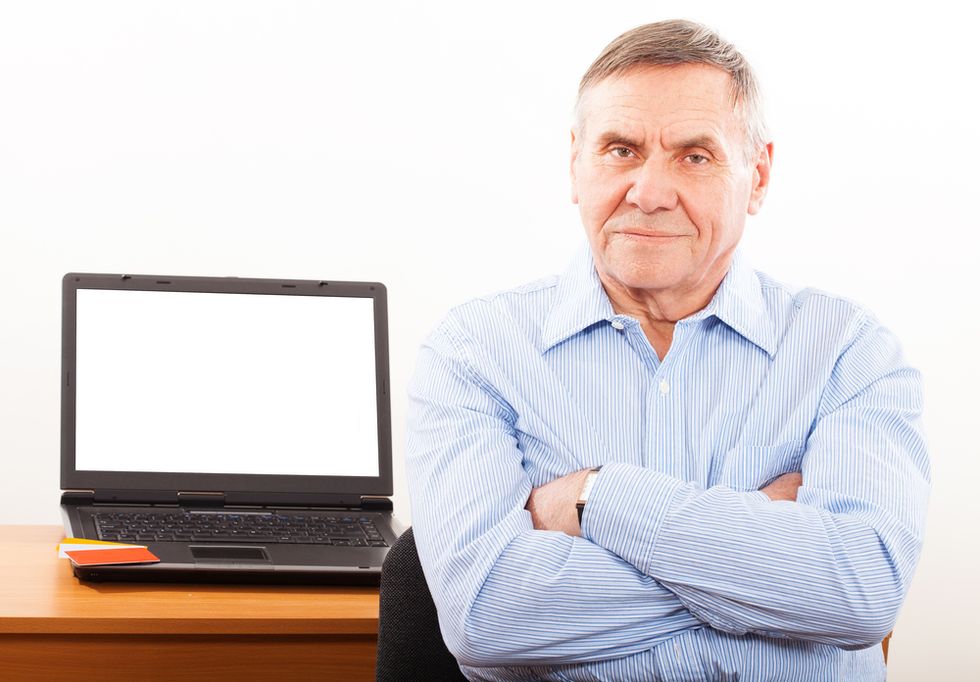 Inevitably, in every audience I speak to, there are people who find some reason NOT to follow my advice on using social media for job search. Sometimes, these people really want jobs but are overwhelmed. Sometimes, they simply don’t want to get a job and change their situation. This post is for the former, not the latter. As long as you are willing to adopt NEW ways of doing things, NEW things will happen. So, in order to help you identify where your resistance may be coming from, I’ve identified the top three reasons why people don’t use social media in their job search. If you can name your resistance, it will have less power over you.

This is a sensitive one and I want to get it out of the way first. I know ageism is real. My Uncle had to lie about his age for years in order to keep his job in the dry goods industry. This manifests in concerns such as, “I am not comfortable putting my picture on my profile where they can see my silver hair,” or “I look so young and inexperienced, they’ll never choose me.” Another way this manifests is when I hear this excuse, “I’m too old to use social media,” and the humorous, “Twitter is for old people.”FACT: The fastest growing demographic on Facebook’s and Google+’s networks are the 45 to 54 year age bracket at 46% and 56% respectively. FACT: Many of the best selling Twitter books are written by people in their 50s. Social media is NOT about your age. It’s about your willingness to try new things and your openness to getting different results. If age were ever a real issue, our 80 year old citizens would never go to the movies, drive in SUVs, or use push-button phones. Clearly, this is not the case.

2. I Don’t Like Spending So Much Time In Front Of Computers

The danger of wasting time on the Internet has been around since the Internet was invented. The advent of social media doesn’t change anything. The point of your social media efforts are to get a job. So, do as much as you need to in order to accomplish that goal. Write your plan and follow it, and there is no danger of spending more time that you are comfortable spending on a computer. Remember, the main point of all of this is to take your online relationships and bring them offline. In this respect, traditional networking hasn’t changed at all.

3. I’m Overwhelmed And Don’t Know Where To Start

If you had a club sandwich in front of you, with 10 layers of BLT goodness, would you try to wrap your mouth around the whole thing? Of course not. Similarly, with anything new, begin somewhere and in small bits. For instance, I teach a five step process on using social media for job seeking, and each of those steps is broken down even smaller. And this learning takes many weeks. No one expects you to be an expert on this stuff over night. I play drums. My drum teacher, Paul Mason, used to say, “There is nothing you can’t do, as long as you break it up into small and manageable parts.” Our lesson would start off with him demonstrating what he wanted me to do, usually some crazy display of rhythm and limb-independence. I would groan. I’d say, “That’s too hard.” So, we broke down each limb, then begin to combine them one by one. Slowly, I got two limbs working together, then three. Finally, by the end of the week, I could play for him what I thought was impossible. In this way, my confidence as a drummer was developed. Take a part of social media, like your LinkedIn profile, and spend a day mastering it. Then move on to Groups, spend a day, master it. And so forth. The biggest resistance is resistance itself. Don’t accept any excuses. If you want a job, the choice is clear. Use social media. Photo Credit: Shutterstock