5 Things My Mentors Taught Me 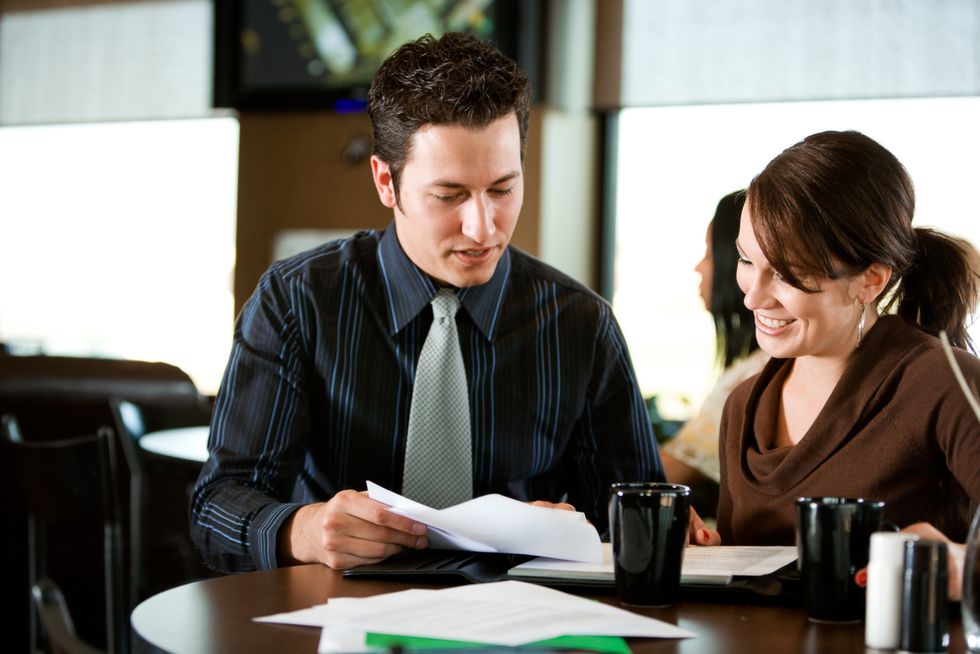 Recently, LinkedIn published a series of blog posts titled “Best advice." For me, the best advice I've received has been in a professional context. It was also inspiring in my personal life. I have been fortunate to have worked with terrific mentors. They have come in the form of managers, clients, and co-workers. And each one of them has given me a precious life lesson in addition to offering professional guidance and helping me hone work-related skills. Related: To Find A Mentor, You Must Be A Student If you haven’t found a mentor yet, find one. If you have one, I would love to hear what you learned, and add it to the list below:

1. You don’t need a title to influence decisions

This sentence has been extremely liberating in terms of what I used to think I have control over and what I now think I have control over. Wendy Keller, CEO of Keller Media, a literary agency that has represented the best-selling “Chicken Soup for the Soul” series, offers this advice to aspiring authors, “People don’t listen to you because of what you know, people listen to you because of who you are. Be a bold you.” I do think that part of the journey towards being a “bold you” is gaining relevant knowledge. However, I have seen a lot of knowledgeable people who are not influential. Especially in a corporate environment, limiting your ideas and potential because you don’t have the title to effect change is an extremely harmful notion for self-growth.

2. Learn to recognize mediocrity, and once you recognize, it don’t tolerate it

Following this advice doesn’t come naturally to me, but it is a nugget of infinite wisdom. I used to love the saying “don’t reject an idea because you don’t like the source.” But the flip side of it is, don’t accept an idea because you like the source. In an effort to be open-minded and considerate, I had started accepting mediocre ideas and mediocre people, neither of which helped me in my goal of reaching for excellence.

To extend lesson #2 further, I have come to realize that the pursuit of success and/or happiness for that matter, doesn’t look much different from the pursuit of excellence. I am sure people have heard this or some version of this particular piece of advice before, however, very few are actually able to internalize it. Instead of wanting to get ahead, you should want to get better. Whatever you equate your success with unless you can envision the work that goes into it instead of the benefits, chances are, you will be farther from it than you want to be. If you want a promotion, plan for the bigger, more complex problems you will need to solve and not just the paycheck you will receive.

This has been an eternal dilemma for some in the business world, but I have been lucky to have worked for companies and leaders who have demonstrated that the human side of a solution and the financial side of the solution doesn’t have to be mutually exclusive. If you choose the human side, you may suffer a temporary financial setback, but eventually the financials will follow. If you are shaking your head in disagreement as you read this, it just means either you haven’t tried hard enough to balance the two or you are not creative enough to come up with a solution that does.

5. You don’t have to be serious to be taken seriously

I use the word “serious” loosely here; it encompasses all the misconceptions that people in authority sometimes have about how they are supposed to behave – including “cold, rude, unapproachable,” and so on. Some people have these traits as an innate part of their personality even when they are not in power, but some assume these as they start climbing the corporate ladder because of fear. I have worked with great managers who have shown humor, empathy, and humility, and yet have been successful in asserting their authority when required or challenged.

Mentoring Vs Managing: Does It Have To Be One Or The Other?Learning Doesn’t Stop Once You Have The JobTop 10 People You Must Have In Your Network To Find A Job   Photo Credit: Shutterstock

Read moreShow less
why am i unemployed
Community

Training For Non-Trainers: How To Train People In 5 Steps

I spent 15 years teaching English as a foreign language. I leveraged my teaching skills to get my first job in the contact center industry as a training and quality manager.

Our leaders were very talented but had no idea how to train people.