4 Tips For Avoiding Conflict In The Workplace 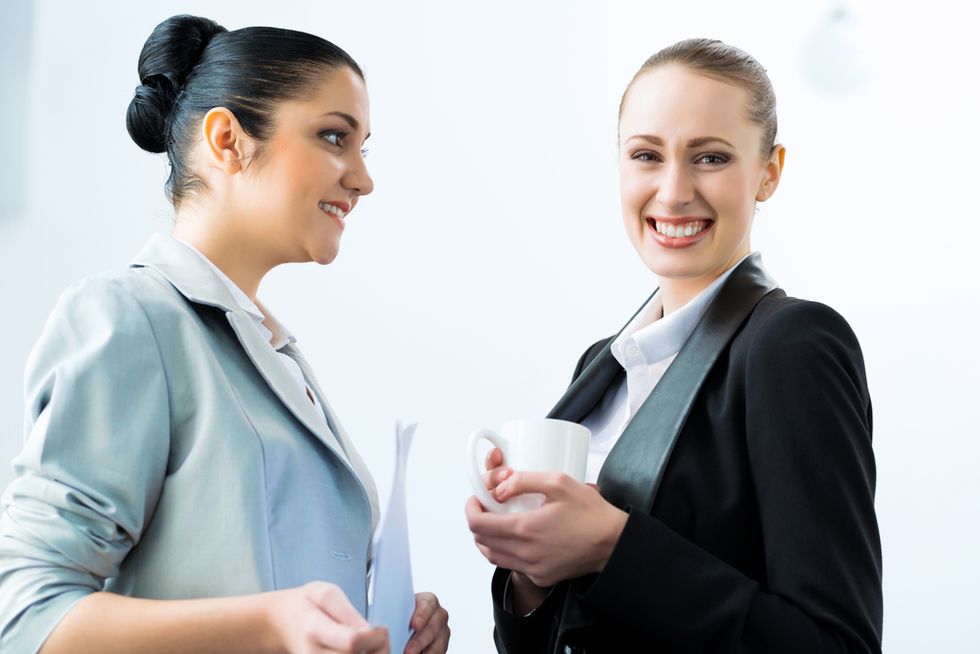 Sometimes, avoiding conflict in the workplace can be difficult. However, it's extremely doable. Related: How To Deal With Conflict In The Workplace Here's a personal example: While at work one day, I received an instant message from a colleague. It read, “Do you have a minute to chat?" “Of course," I responded. Instantly, the phone rang. To be honest, I assumed this would be a routine call pertaining to a joint proposal this co-worker and I were collaborating on, and so I was a bit blindsided by what followed. “I came across a post you wrote recently about rolling your eyes in a meeting," she said. “And I just wanted to ask if you were writing about me." Awkward silence. The truth is, I did write a post about a meeting where I had behaved uber-immaturely and, yes, she was the voice on the phone. I explained the situation: I was rolling my eyes at the characteristically bureaucratic nature of corporate decision-making and the post was about my mistake and not her. She listened politely, seemed genuinely interested in the root cause of my ire, and we hung up the phone. But here's the catch: rather than feel defensive or put on the spot, I felt fine. No drama. No hurt feelings. No lingering doubts or suspicions. Now, let's contrast this to how she could have handled the situation, shall we? Upon reading my post, she could have...

To her credit, she didn't choose any of the above (all-too-common) options. In fact, I wanted to use this post to highlight exactly what she did right, so you'll know how to handle it if you ever find yourself in a similarly sticky situation.

1. She Came Directly To Me

Most people don't like conflict, and so they avoid it at all costs. Therefore, it takes an incredible amount of maturity to go to the person who has “offended" you and clear the air in person. (It's obviously FAR easier to talk about them behind their back, and that's why the majority go that route.)

2. She Reached Out To Make Sure It Was A Good Time To Talk

Since this could have been an emotional conversation (remember: she didn't know how I would react), it was smart to make sure I wasn't under a deadline or otherwise distracted.

3. She Approached The Call From A Standpoint Of Confusion

(“I wasn't sure if you were talking about me") versus accusation (“I can't believe you said that about me.") This subtle distinction made all the difference, i.e. rather than feel attacked, I felt camaraderie and we actually hung up the phone closer as team members than before.

4. Once She Got To Bottom Of My Issue, She Offered To Help

Can you imagine? Here she thought I was visibly disrespecting her (in front of her boss, mind you) and she ends the call by asking if there's anything she can do to help make my life easier. Whoa! In our reality-TV driven culture, where we are all so immersed in conflict, short fuses, and a general lack of civility, it's nice to see some people still value and respect maturity. You would be wise to follow my colleague's example. (And I'm not just saying that because I know she reads my blog now.) This post was originally published at an earlier date.