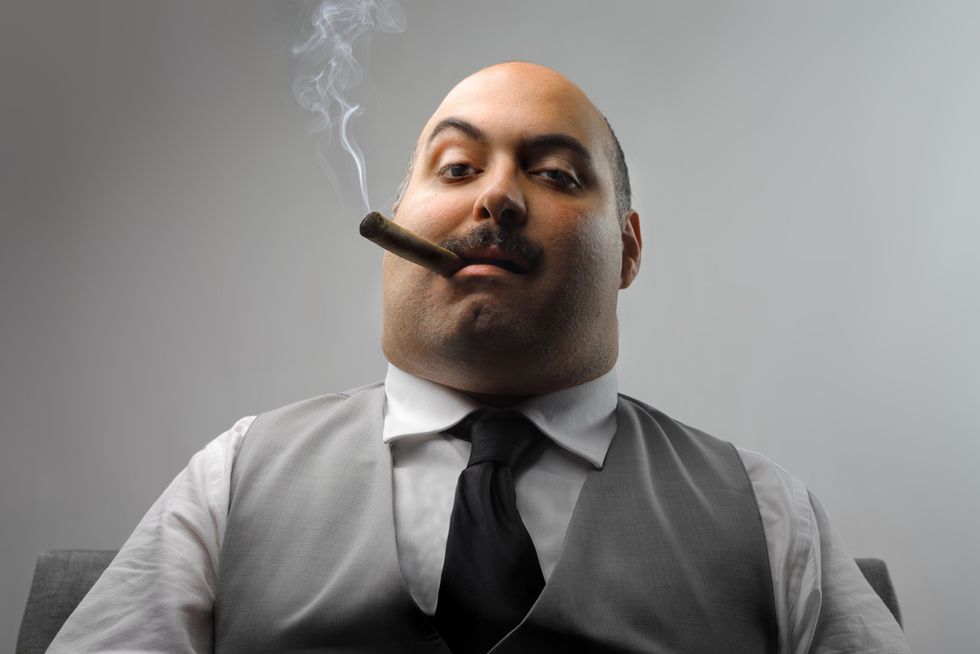 Just as there are bad employees, there are bad bosses. And yes, even stupid people can climb up the corporate ladder. What qualifies as a bad boss? Perhaps, bad isn’t quite the right word. The better word would be ignorance. These are ignorant bosses who do not know better. If the boss you are working under "passes" these tests, then he or she qualifies as a bad boss. These are the six most notable traits of bad bosses. (Let's assume, for this article, that your boss is a man.)

He is always negative about everything. Not just about you. He can be negative even with the most positive things - as if there is nothing in this world that will make him happy. If you feel he is just negative about you, watch properly. In all likelihood, he is negative somewhere else, too. He does not know how to look at things from the right view – work or otherwise.

Here, goal means the collective goal, not his own selfish goal. The goal of your unit and company he is supposed to help achieve. If he is always plotting to move up even at the expense of the people under him, he must be a very ignorant person. He does not know that the better his team, the better he is in rising to the top.

I am not just talking about lying. Your boss is likely not to just indulge in lies, but he is also likely to spread gossip, talking behind everyone’s back. Even if he speaks well about you, beware. If he speaks ill of someone to you, he is likely to speak ill of you to someone else. He is likely to be rude, too! He even calls you stupid. How can someone who uses his mouth like that be smart? Why would anyone be willing to be led by him?

He is most probably unethical in his conduct and the way he runs his unit is detrimental not just to his team, but also to your company. He takes credit from the team. He is not afraid to present to the boss. But when it is a tough presentation to a client, he will figure out an excuse to get out of it. You often wonder, why doesn’t his boss notice? He will create excuses when he makes a mistake and punishes others for the same mistakes. Leading by example is not in his vocabulary.

Don’t ask him to do anything. He will act smart and look busy. He knows no effort. He will tell everyone to do everything and one wonders what he does. But he gets away with it from his bosses as he is very good at putting up an act for his bosses. He thinks he is working smart. But you know he is a bad boss because he does not even know his own role and work. His motto is, “A boss doesn’t have to work,” which is dead wrong! He just doesn’t work because he doesn’t know how.

He confuses his perception for reality. It seems like he is in a world of his own. He thinks he is smart. He thinks he works hard. He thinks he has employed the worst people in the world. If he has a chance he would change so and so and such and such. But he makes no effort at all. He has a warp sense of reality. Everybody is at fault and everyone needs him. When in reality the company is better off without him. Does your boss have all of these qualities? Or even half? Then, he (or she) qualifies as stupid for all his ignorance. Does he also have toxic leadership qualities? If he does, you should think twice about your future under him.

Tuesday Talks: Start Your Presentations With A SceneOvercoming Your Career Fear: Public SpeakingHow To Boost Your Career With ToastmastersPhoto Credit: Shutterstock
From Your Site Articles