How Raising Your Hand Can Make A Difference In Your Career 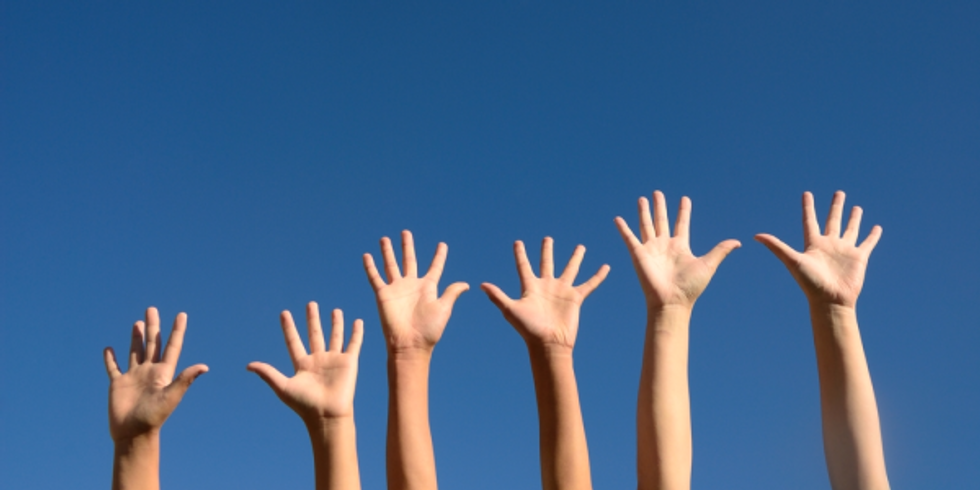 I recently interviewed two successful members of the entertainment industry for upcoming profiles: Alison Deyette, a TV host, stylist, and lifestyle expert who appears regularly in segments on top network TV talk shows, and Judith McHale, longtime President & Chief Executive Officer of Discovery Communications, the parent company of The Discovery Channel. Though their career paths couldn’t be more different, and Alison is in mid-career while Judith left Discovery several years ago, they each did something multiple times early in their careers which helped shape their success and which anyone can do at any career phase to help them get more opportunities and ultimately achieve more. They stood up and raised their hands. Alison’s career path is full of examples of her stepping forward, taking advantage of an opportunity, taking initiative, and saying what she wanted. As an editor for her college newspaper, she went to every cultural event and dined at every restaurant she could in order to provide reviews and garner journalism experience. She also interviewed many business leaders, government officials, and celebrities and got her articles published in business journals and other publications. Right out of school, when offered a position at a start-up magazine in New York based on having a portfolio of published work, she struck a deal to be hired as an assistant editor rather than editorial assistant and to have her first article published within a short time of starting at the magazine. She quickly had her own column, as well as writing other articles each issue. And when she noticed the fashion editor was always hiring freelancer to go on fashion shoots, she asked if she could assist on one. Warned that it wasn’t as glamorous as it sounded, she was allowed to go on that shoot (and many after that) when she found she loved even the hard work and was good at it. By standing up and raising her hand in college and as a recent graduate, whether directly or by taking initiative, she found a career which had multiple elements and played to her strengths and her passions, which she continues to thrive in to this day. In Judith’s case, there are two situations in which she stood up and raised her hand. She had been a commercial producer before and during law school and, though she went to work for a firm that did not have an entertainment law practice, she let them know (after she had established and proven herself) that she was interested in practicing entertainment law. “About two or three years into my tenure, they actually merged with an entertainment law firm,” she told me. “I ended up as their principal associate and began to work as a lawyer in media issues, everything from First Amendment issues to contracting to sports to television syndication, all sorts of things. So I was getting a pretty broad exposure to the industry.” With the groundwork firmly in place for a career in media, Judith decided she wanted to work for a business rather than a law firm, and she accepted a position as an attorney at MTV, rising to General Counsel before taking the same position at Washington, DC-based Discovery Communications when she needed to relocate to be near an ailing parent. After she had established herself at Discovery, she made a similar statement as she had at MTV. This time she wanted to make sure they weren’t “typecasting” her in her position. “Don’t think of me just as the general counsel,” she said. “I want to do more than that. I want to be engaged in the strategic planning. I want to be engaged in some of our acquisitions. I think I have broader bandwidth than just being a lawyer.” And her rise from General Counsel to President & CEO of Discovery Communications and her long tenure there, helping build the organization from a 30-person company to a global media enterprise, demonstrates she was clearly right in believing that she had more bandwidth than just doing General Counsel work and that, like Alison, she was wise to stand up and raise her hand. So where would it be wise to stand up and raise YOUR hand? Make a difference in your career today! Image Credit: Shutterstock