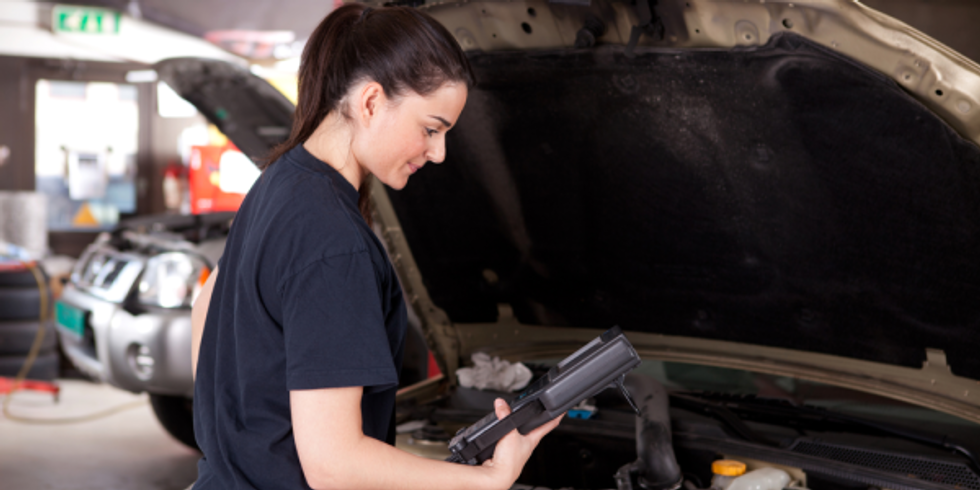 Over the years, ever greater diversification has occurred in relation to gender roles. There are more women in automotive careers than ever, and they're rapidly joining other male-dominated industries such as construction, security too. In the past, women in these industries were typically found in limited roles, and certainly not at the senior or executive level. However, in this day and age it is fair to say that women have been performing on-par with men in the various aspects of these industries.

In the automotive industry, women can be seen doing everything from working on cars in garages to driving as professional motor racers or being an engineers. Some went to school to pursue their dreams of working in the automotive industry while others simply learned from those around them. For many, it is following a passion but for others it is just a job option in a tight economy. In fact, in the United States the Automotive Women's Alliance Foundation is one of several organizations that assist women who wish to pursue jobs in this industry as well as support them while they are in it. The visibility of women in these industries does not mean all is well, however. Many have been given the opportunity to take up such roles but still face opposition of varying forms. Some are discouraged by being told from an early age they should focus on other careers, while others feel discriminated against if the hiring team at a company are all men. Given the fact private companies have some freedom to dictate compensation, women in general may receive less pay than their male counterparts. Also, working in male dominated fields has resulted in some negative experiences for some women such as sexual harassment and emotional and physical bullying. These obstacles exist simply due to the fact we're dealing with male-dominated industries, but opportunities for women really have come a long way in the last several decades, and we're not trying to scare anyone. As such, most women actually have good experiences in working as a professional in the automotive industry. In fact, many rise above the obstacles (and male counterparts) and truly excel at what they do. For instance, race car driver Danica Patrick is by no means the first female driver and isn't the best example. However, she has excelled and received the respect of her peers over the years. She has received her fair share of criticism from the media, viewers of the sport and perhaps other racers. However, this has not deterred her from continuing to rise in that field. Many women have also excelled in the field of automotive sales. Some have become CEOs and high level executives. Examples of companies known to have female senior executives are Ford and General Motors. Take Mary Barra for example, a top-level executive at General Motors who is seen as one of the most important figures in the auto industry. After the economic downturn that devastated the auto industry in the United States, she was given the role of steering the company to recovery. Not a role to be taken lightly! Now having authority over entire global brands such as Chevrolet and Cadillac, Mary Barra began her career in the auto industry by working at a General Motor's plant as a technician, inspecting vehicles as they went down the assembly line. Her hard work, determination, skill and patience have no doubt played an important role in propelling her to the top. Women like Mary Barra generally make known the struggles they had to face and help pave the way for other women to excel in similar situations. The value of women in the automotive industry continues to be recognized, and not just through promotions. Some companies including car manufacturers such as General Motors have even offered scholarships to encourage women to study for various fields in the automotive industry. Others include this as part of a general effort to increase the diversity of their work force, because even men know there aren't enough women in their industry. There is great room for growth, and it is becoming clearer women can excel in these industries and even outperform men. Some women of may have to begin at a lower level and work their way up, however the potential and opportunity are there. New female workers need now take advantage and follow in the footsteps of those before them, and pave the way for others in the future.

From Your Site Articles