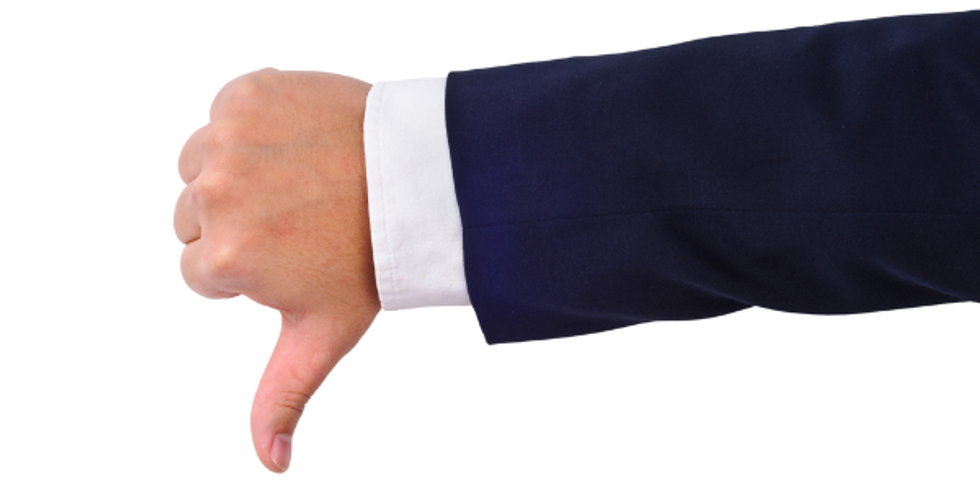 I've said it before and I'll say it again: Social media must not only be used by executives, more importantly, they must leverage it to proactively promote their executive strategy - or suffer the consequences. This recent article in Forbes proves my point: "5 CEOs That Should Have Already Been Fired." In this piece, the author outlines in detail the perceived failings of five current CEOs. He focuses mainly on their inability to turn around the companies they lead. To me, this screams the need for these executives to do a little damage control via Executive Branding. Here are two important reasons why... Reason #1 - The "any press is good press" theory no longer applies. Just ask Scott Thompson of Yahoo. Thompson claims he failed to notice the degree listed on his resume and LinkedIn profile was bogus. The Forbes article explains it best:

"According to Mr. Thompson someone at a recruiting firm added that degree claim in 2005, he didn't know it and he's never read his bio since. A simple oversight, if you can believe he hasn't once read his bio in seven years, and he didn't think it was ever important to correct someone who introduced him or mentioned it. "OOPS - the easy answer for someone making several million dollars per year, and trying to guide a very troubled company from the brink of failure. Hopefully, he is more persistent about checking company facts."

All CEOs today are just one step away from being called out about something on their bio that could force them to have to resign. If you aren't confirming the accuracy of everything listed about you online as well as actively promoting yourself, you could be seen as a liar like Thompson. Reason #2 - There are two sides to every leadership strategy. Street-smart executives know they can't please everyone on the job. They also know it's important to market their strategies and agendas as a way ensure as much buy-in and support as possible. The CEOs listed in that Forbes article should be using social media extensively to explain their choices and to spin the positive outcomes of their efforts. It's not enough anymore to ignore the naysayers. Executives must heavily engage in branding practices that ensure they are being seen properly by the world at large. Ignoring social media almost certainly guarantees executives will be at a strategic disadvantage should something negative come up about them down the line. Reputation management is EVERYTHING! To sum it up: Brand yourself as a success, or BE branded as a failure!

What's the First Step to Getting Started?

Opt in on the next page for my FREE e-guide, “4 Ways Executives Are Using Social Media for Professional Branding." In it, I showcase four executives who are leveraging the most popular social media tools for effective Executive Branding campaigns.
FREE DOWNLOAD ►
Bad executive brands image from Shutterstock