A Snapshot Of The College Class Of 2013 [Infographic] 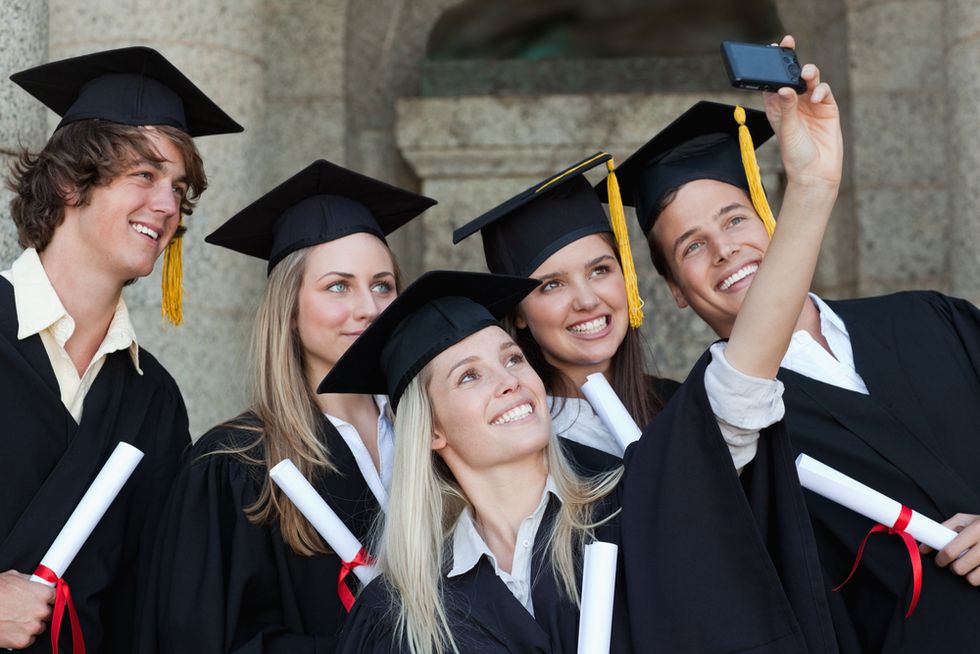 This summer, hundreds of thousands of college grads are entering the increasingly competitive U.S. job market. In fact, an estimated 1.8 million students are expected to graduate this year with a bachelor’s degree. This sort of competition often strikes fear in those leaving the comforts of college life. Some resort to extending their stay in school and apply to grad school to delay the inevitable. Others are eager to take any entry-level opportunity they can get their hands on. Fortunately for the college Class of 2013, scoring a good job right out of college is likely. According to this recent infographic from SpareFoot, the job market looks favorable for the Class of 2013. While the unemployment rate has significantly increased every year for young college grads, the 2013 graduating class is much more likely to get a job compared with their 2012 counterparts. Employers are expecting to hire 13 percent more graduates from the Class of 2013 than they did from the Class of 2012. These are promising stats for any recent job-seeking grad. If you’re worried about landing that dream job after college, you may want to focus on degrees that will lend themselves to good opportunities. For college grads in 2013, the best job opportunity is software developer; this isn’t surprising, as two out of the top three highest-paying majors for 2013 are computer engineering and computer science. Graduate with one of these degrees, and you’re likely to earn well over $60,000 in your first year out of school. Another thing to consider is where you want to live after college. There are tons of cities out there with booming economies for recent college graduates, but not all of them are necessarily attractive to young workers. However, a few cities in the U.S. do offer both. Washington, D.C., Seattle and Minneapolis are all in the top 10 when it comes to the best cities for new grads and the cities that recent college grads find most attractive. While college grads typically start at the bottom of the ladder in the working world, there are a few important features they look for in a company’s benefits and culture. The most important: the chance to boost their salary. This is likely due to the expectation that their first job after college will not be high paying. Students want to be sure their hard work will pay off over time. The opportunity for professional development and personal growth also is important in weighing job offers. The job landscape for 2013 grads looks encouraging. With employers expecting to hire significantly more graduates this year, new job seekers are in a great position. Compared with last year, college grads now are more likely to land a job right out of school. While many recent graduates will flee to the comforts of grad school as an escape to entering the working world, those who don’t might find themselves in a good place. Contrary to what many think, recent grads have a good shot at kick-starting their career immediately after finishing college. Infographic courtesy of SpareFoot Photo Credit: Shutterstock