Confessions of a Lapsed Diagnosed Dyslexic 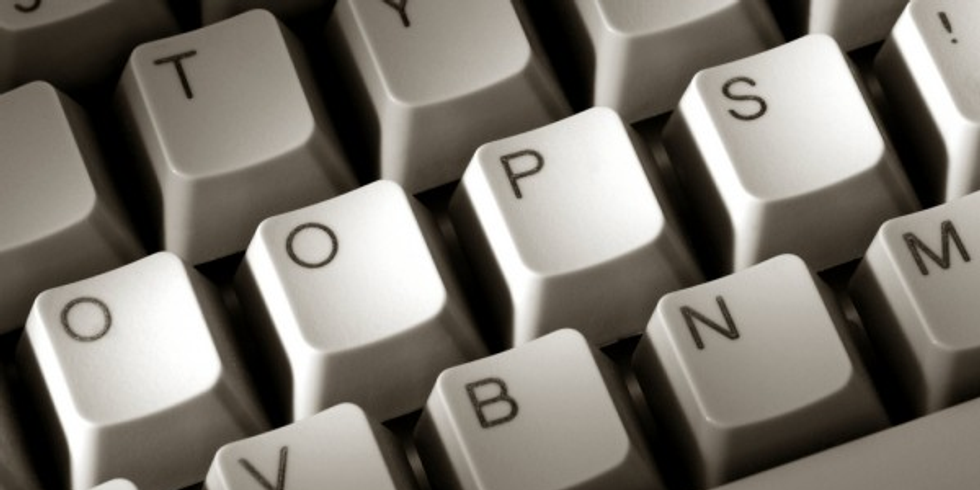 For long-term readers of my career blog,Career Enlightenment, you may feel uncomfortable at the very personal nature of this post. I am going to reveal to you one of my biggest weaknesses — and biggest frustrations. But in the end, in typical Career Enlightenment fashion, I hope to make a point relevant to your job search.

I coach and present to many engineers. All of them pull their hair out at my spelling mistakes. Yes, my spelling is indeed horrible.

My paradox lies in the fact I firmly believe appearances are equally as important as substance. And so the very fact of my bad spelling actually goes against one of my core values. This hurts and is a source of personal embarrassment on an almost weekly basis.

But I want to point out the spelling problem is nothing more than a manifestation of something very unique about my brain. This isn't an “I wish I were unique" thing.

At age five I was diagnosed with Dyslexia. I couldn't read until the fifth grade, and then only with the help of a book-on-tape. Until age 10, I reversed my lower case “e." To describe the experience of getting all these things wrong, imagine wearing a pair of glasses, but instead of clear lenses, they actually make certain things invisible. Like someone put big specks of black ink on them.

The funny thing is sometimes, the more I try to concentrate or bring my awareness to better spelling, or to correcting number sequences, the more I can't actually see them.

Growing up, these difficulties caused many childhood problems. Without going into the details, I was often at the back of the class and considered quite stupid by most of my elementary school teachers. Despite my mom's efforts to have me tutored, challenges at school dominated many of my early memories.

The Grist for the Mill

Because I was unable to understand anything written, I was forced to perceive context based on social factors. I learned early on most conversations could be understood with just a few simple questions. An internal logic could be extracted.

This change in cognitive ability forced me to accept that many of the limiting beliefs in our lives may have once been true, but are no longer relevant.

I also learned in no time, I could draw conclusions about the educational material just as well as someone who had read the book. I kept pace in many class discussions with this skill alone.

This resourcefulness is perhaps one of my biggest assets. I can walk into any new situation and quickly ascertain context and then, thereby, content. This skill has made me quite technically adept and an early adopter of many new applications and tools.

I've been told I have an intuition about people. For example, at networking events, I seem to just “know" who I need to meet and introduce myself to. I have great success at finding the “right" people to talk to in a room, because most people I have met have become friends and allies in my life rather than just more business cards for the pile.

These are just a few of the assets that I believe have come from these early experiences.

I believe Dyslexia and other learning issues have a great deal to do with the rate of neuro development, from childhood to adulthood. This change in cognitive ability has forced me to accept that many of the limiting beliefs in our lives may have once been true, but are no longer relevant.

For example, Math and Language were two areas impossible for me to understand as a child. I took three years of Spanish in high school and never learned a thing.

In rebellion, I decided to join a one-year language intensive program in Kathmandu, Nepal, during my junior year in college.

After a year of home-stay and four hours of language study per day, I was fluent in Tibetan. Despite what the psychologists said — and the difference in age and motivation was perhaps the largest factor. But I proved my belief, “I'll never learn another language" needed to be discarded. What other beliefs needed to be discarded?

This is a journey many successful dyslexics have gone through. John Chambers, probably the most influential CEO in the world, cannot read successfully. Anything more than a page gives him a migraine, so the mythology goes. So his executives either send him video or written one-page briefs. John says his ability to communicate well stems from compensating for so many other things he couldn't do well.

Thomas Edison was alleged to have not finished high school. His skill was in organizing teams of engineers.

No, Not that Club!

Okay, I am NOT comparing myself to these icons. The club I'm referring to is just the human club. Everyone has weaknesses, troubles or histories that they wish would go away. Many people are troubled with things about themselves every single day, things beyond their control, which make them feel unworthy.

Even the writing of this small story has taxed everything inside of me to make sure my spelling is okay. And even now, I'm sure I've missed errors.

So here is the nugget. Whatever your weakness is, embrace it. Find the lesson in it. Look for the patterns it has caused in your life and find the blessing those patterns have bestowed upon you.

Joshua Waldman helps frustrated job seekers leverage social media to find work FAST! He is the founder of CareerEnlightenment.com and the author of the new book, "Job Searching with Social Media for Dummies."