3 Reasons Not To Have A Drink With Your Boss 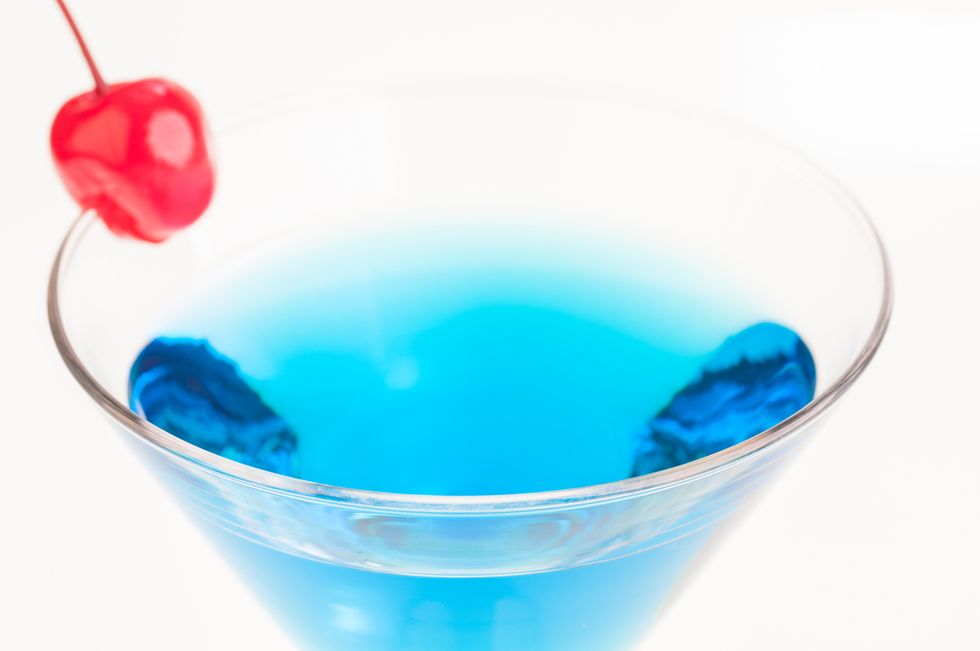 Grabbing drinks with your boss after hours sounds pretty awesome — in theory. You’ll get more face-time. Get to know each other on a more personal level. Maybe even become pals. Now that’s some high-level networking! But, there’s more at stake than you think. Crossing that line from boss-employee to drinking buddies risks opening up a huge can of big, fat, wiggly worms. When it comes down to it, all that really matters is whether or not you’re meeting expectations and adding value to the team at work. “Work is work and no matter how much fun you had the night before getting social, the responsibilities at work and the goals of the company haven’t changed,” says Iqbal Atcha, international speaker and professional branding consultant. If you’re friends with the boss, that’s great — but any missteps can make your relationship messier than it needs to be. So, cheers! *Clink* and drink with caution:

1. Booze Can Give You Courage – To Act Like A Moron

Sure, you can make the case that one drink can’t hurt (unless maybe it’s 95 percent alcohol Everclear!). If you’re in a situation where you’re drinking round after round with your work buddies and your boss, you never know what you might unintentionally say in your drunken stupor. When you hit your limit, liquid courage reveals all! “When it comes to socializing outside of work with colleagues who are senior to you, never test the boundaries of acceptable conversation and subject matter,” says Roy Cohen, career coach and author of The Wall Street Professional’ Guide says. In some cases, there are sexual harassment rules that could be breached, he says. At the very least, things could get uncomfortable and relationships can be damaged. “Alcohol often emboldens people,” Cohen says. Side bar: Whatever you do, don’t out-drink your boss (even if you can drink them under the table!).

2. Getting Personal Makes For A Messy Breakup

By definition, a friend looks out for you. But when it comes to our careers, at the end of the day, it’s not personal — it’s business. We’re generally all looking out for ourselves: we need to provide for our families and we have personal career goals. So when you get an offer for an even better opportunity at another company, for instance, breaking the news to your boss will be much, much harder if you developed a deep, emotional bond. We were in this together, but now you’re leaving us? Had you kept your relationship sober, courteous, and professional — the resignation process would be a cinch! All bridges intact. But, “if you and your boss have a falling out, what you have shared in confidence may end up exploding in your face,” Cohen says.

3. All Signs Point To Favoritism

If you’re one of the only employees getting super buddy-buddy with your boss at happy hour, you’re cooking up a classic recipe for scoffs, eye rolls, and judgments of “kiss-up!” behind your back. Especially if you’re bragging about the fun times you had the night before. More importantly, though, it’s tough to collaborate with colleagues who feel slightly suspicious of you. Whether or not you’re actually reaping benefits of favoritism from your boss, it’s a natural response for colleagues to feel suspicious if a colleague receives more recognition or attention on the bases of friendliness rather than merit. If you’re okay with risking a reputation of being thatguy, then by all means drink up!

But You Don’t Have To Be A Robot

Of course, “that’s not to say you shouldn’t be nice to your boss or get to learn about his or her hobbies or family,” Atcha says. It’s important to highlight the best parts of your personality to your boss — just stay classy, folks! Photo Credit: Shutterstock