What Jerry Maguire Can Teach You About Interviewing 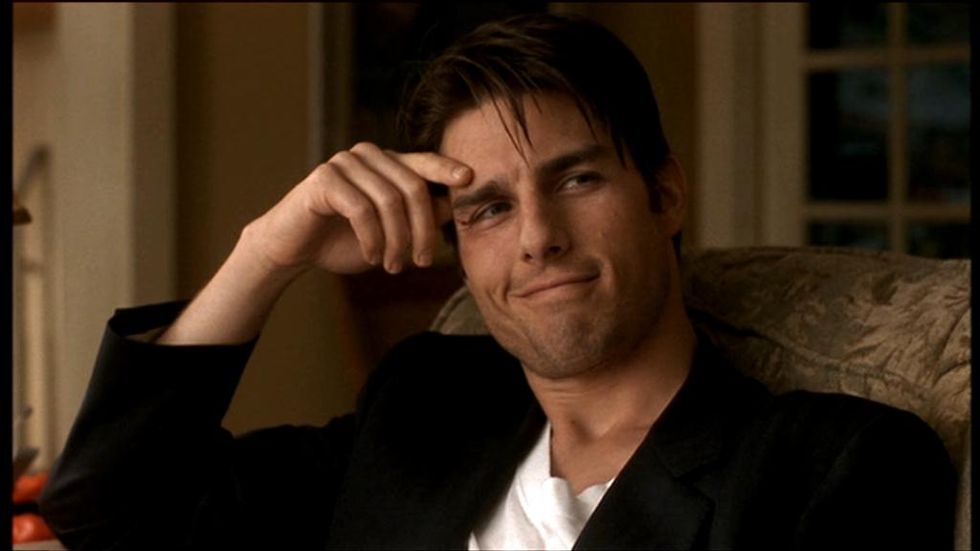 I had the opportunity to watch this movie again (having not seen it for more than ten years) and I enjoyed it just as much the second time. If you have not seen the movie, this analogy might be a little hard to grasp, so you may want to rent it before you continue reading. About a day or so after I watched it, I interviewed a candidate for a finance position. As he replied to my questions with his well-rehearsed answers, it occurred to me that he could benefit from the lessons of this movie. If I had to sum up the movie in one word, it would probably be "heart." The athlete (played by Cuba Gooding Jr.) had the same skill set throughout the movie, but the press pretty much ignored him, regardless of his accomplishments - for one reason and one reason only. He didn't show any "heart." When he finally showcased his "human" side, he formed a connection with the crowd and reporters, then he suddenly received the recognition he deserved all along. I realized that this has been a universal theme among many of the candidates that I interview. Often, they are so focused on presenting themselves professionally or getting the right answer to the question, that they fail to display any personal attributes or positive energy that would make them stand out among their peers. Likeability and passion go a long way on an interview. While plenty of candidates may have similar credentials, what can differentiate you from the mob of other applicants is your ability to communicate verbally and non-verbally who you are as a person and a potential employee. I will give you an example: I was interviewing candidates for a trading assistant position at a billion-dollar hedge fund. This was a great entry-level opportunity for a recent college graduate, and the competition was fierce. After reviewing hundreds and hundreds of resumes, and completing phone screens with a select group, we narrowed it down to 10 candidates. They all presented well in the interview and had similar backgrounds: impressive schools, financial services internships, extracurricular activities, and stellar grades. However, the one candidate who stood out made a concerted effort to show some heart. Throughout the interview, his energy and the intonation in his voice were very positive, and when he spoke about his experience he made direct eye contact. He often smiled while he spoke about his internships, classes, and so on, and it intimated that he had taken away something positive from every professional experience. At the end of the interview, he thanked me for my time and said "I know that you must be interviewing many candidates for this role and they may have gone to better schools or had higher grades, but I am 100% certain that no one will work harder than I will to learn and add value to the team." He then gave me a very brief example of his strong work ethic and the interview ended with a firm handshake, warm smile, and his sincere thank you for my time. His personal attributes and positive energy are what differentiated him from candidates with similar backgrounds. Before an interview, it is imperative that you practice, practice, and practice some more to be ready for the most common interview questions. (A free recruiter-designed interview simulator is available on PrepareForYourNextInterview.com). But the moral of this story and my Jerry Maguire reference is that, once you have the content "down," make sure that your energy and personality come through as well. As a recruiter, I cannot emphasize enough how much these "soft skills" factor into the final hiring decision. So, remember this advice for every interview: your delivery is as important as the content, so focus on both! Author: Elisa ShefticPhoto Credit: Shutterstock

The world has changed considerably since the start of the COVID-19 pandemic. We’ve been going through so many changes, on various levels. Still, change is hard for so many reasons and people respond to it quite differently. The change management tips to know are about people, technology, self-awareness, and sustainability.