4 Tips To Help You Land A Job After Getting Fired 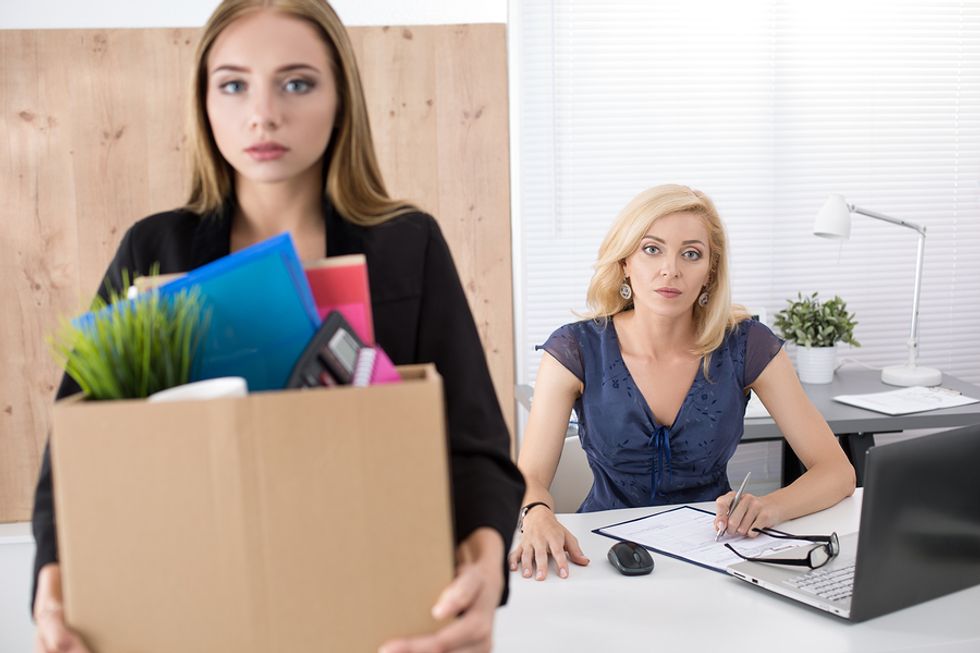 Part of Donald Trump’s fame arose from his role as the CEO on the hit television show, “The Apprentice.” He is known for pronouncing with no small amount of relish, “You’re fired!” to the unlucky apprentice du jour.Related: How To Address Being Fired In A Job Interview While people may have liked the show for its flair, if you have ever been on the receiving end of the “You’re fired” message, it isn’t entertaining at all. My dad was fired from a job that he had loved for ten years. That happened when I was in the 6th grade. I was also on the scene when it happened because my mom had driven my brother, sister, and me in our new 1965 Ford Galaxy 500 (barely a week old) to meet my father on a Friday afternoon before leaving for our annual summer vacation to the mountains. We happened to arrive just as his supervisor was delivering the bad news. To say that it was a devastating blow to my father would be no small statement. We went ahead with our vacation, and when we returned, we traveled as a family to the corporate headquarters where he made his case and offered a plea for a second chance. The answer was a firm, “No.” After another ten years went by, not coincidentally perhaps, my dad’s successor was fired just before he was eligible for being vested in the company’s pension plan. Suddenly it occurred to us all that the company had a pattern of keeping people on until they were about to be vested in the pension, and then they found a reason to terminate them. Not that it changed anything for my dad, but I think that realization helped to restore to some degree his otherwise wounded ego. Perhaps he was let go because he was about to be vested in the pension instead of because of the reasons he was given at the time. Needless to say, that experience has stayed with me in spite of the fact that it happened over 50 years ago. I still remember that warm summer afternoon when I realized that my daddy was being fired from his job. In his case, once we were back from vacation, he had a new job by the end of the day on Monday, his first day out looking. The economy was very different back then. He knew a lot about a lot of things, and he became an auto parts salesman. Later he tried his hand at insurance sales, and he did okay with that. Later he tried vacuum cleaner sales (I bought one from him) and then he worked part-time for the US postal service as a substitute mail carrier. He didn’t love any of those jobs the way he loved the one he worked in for ten years, however, and even though he never went more than a few days between jobs, it took a toll on my parents’ marriage. My mother complained that we kids needed to change his place of employment every school year, which was a slight exaggeration but was a measure of her discontent over his not being able to find something permanent that he liked and supported the family the way they would have liked. Needless to say, the economic landscape has changed a lot since those days, and if you are fired today, it is unlikely that you will be able to land something by the end of business on Monday after taking a week’s vacation between jobs. It can happen because anything is possible, I suppose, but it isn’t all that likely. Back in the “old days” you grabbed a paper and started circling the job postings. You made the rounds in person and met the decision-makers who were often in their office and willing to talk to you if you dropped by to offer an application for the open position. Electronic applications were a thing of the future, and you didn’t have to worry so much about a resume because you hadn’t worked at that many places. Jobs seemed to be steadier and more abundant back then. The entire landscape of job search has changed today. You need to get savvy very quickly about what goes into an effective and productive job search.

So, here are 4 tips to help you land a job after getting fired.

1. Be honest with yourself about why you got fired.

Perhaps your company merged, and you just got downsized. It had nothing to do with your performance…you were just in the wrong place at the wrong time. This may be one of the more frustrating circumstances because you just have to deal with it. There is nothing to be done. Perhaps you got fired because of a performance issue, however. Instead of stewing in denial, you will do yourself a huge favor if you take responsibility for your behavior and own up to your shortcomings. Then work to improve them. Perhaps you were in a job that didn’t capitalize on your core strengths. You may need to look for a different type of job moving forward. Get in touch with yourself and assess the situation as honestly as you can. Get counseling if necessary. Find a coach to work with so that you don’t wind up making the same mistakes moving forward.

2. Use this time to learn as much as you can about yourself.

Do you know what your core strengths are? Most people don’t have a clue! They take for granted that some things come easily to them, and they assume that everyone else can do the same things. You may note the talents and gifts of a friend, for example, that they are truly humble about because they don’t think it is such a big deal. I suspect that other people are aware of your talents and gifts in the same way, but they haven’t ever told you. I remember once in high school, I said to my best friend that I wish I had a talent…my brother could play any musical instrument he wanted and my sister could draw beautifully…I have neither talent and from my point of view, I didn’t have any others to which I could point. My friend cocked her head at me and said, “Are you kidding? Your talent is knowing exactly what to say to people in any given moment.” I was stunned into silence. First, I was not aware of that trait in myself, and secondly, it wouldn’t have occurred to me to consider it a talent. In subsequent years, I drew on that ability many times.

3. Don’t just look for a job…look for the right job for you.

Once you have assessed your talents, gifts, aptitude, work preferences and learning styles, you will be in a much better position to look for a job that feels right for you. Work should not feel like you are swimming upstream all day long. If you have the “right” job, you will feel good about your work and your contributions to the company or organization for which you work. I am of the opinion that life is just too short and precious for you to be spending hours a day doing something you don’t enjoy. Perhaps you don’t have to enjoy every single aspect of the job, but if you are one of the 87% of people who can’t say they love their job, you might want to consider this opportunity that you have been given as an opportunity to start fresh. Look for something that is more in alignment with your core values and core beliefs as well as your natural talents, aptitudes, and abilities.

4. Prepare what you will say when you are asked about why you were fired.

You can’t hide from the fact that you were let go from your last position. If you try and you are found out, it ruins your credibility and your chances at the job. At the same time, you need to be prepared to speak to the reality that you were let go realistically and without rancor, guilt or shame. I met a man recently who offered in his first sentence to me that he was terminated from his last job and he launched into the reason why. He was clearly still smarting over the fact that he was let go when his company downsized and they decided to cut him and his position. You don’t have to start there. And regardless of the circumstances of your firing, if you are still nursing the wounded ego that goes with that, your interview will suffer, so tend to that before you go. You need to be able to discuss the situation that surrounded your firing dispassionately. You can’t blame anyone, and if you were at fault, you need to say so and indicate that you have learned from those mistakes and know you won’t be repeating them moving forward. Stating your case in a matter-of-fact, non-emotional way will win you points. Being fired is no fun, but some who have been there will tell you that it can be a blessing in disguise. If you were fired from a job that you didn’t love, you now have an opportunity to position yourself for the job that you want and in which you can thrive. Consider some of the people who have been fired and came back stronger than ever because they had the opportunity to start all over: Walt Disney, for example, was fired from his newspaper job; Steve Jobs was fired from the company he co-founded before he was brought back to make Apple an international icon of electronics; Mark Cuban was fired as a salesman before starting his own company; the co-founders of Home Depot were both fired from their jobs at a home-improvement chain; and the list goes on. This time between the job from which you were fired and your next job may be a time of reinvention and transformation for yourself. Use it as an opportunity. You will be glad you did.Photo Credit: Bigstock