7 Reasons Why You Lost That Promotion 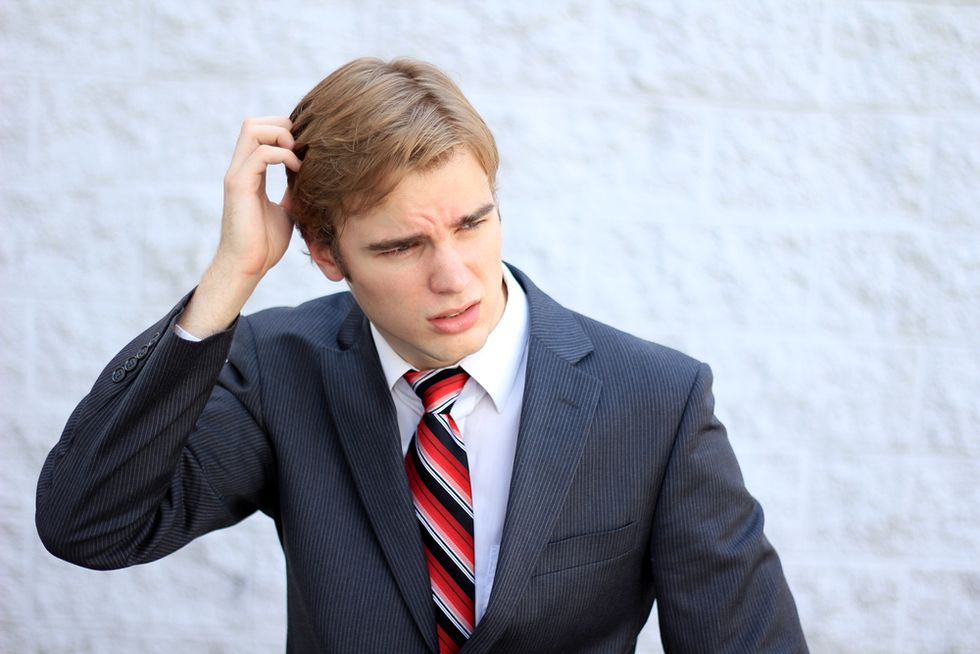 Ever wonder why you lost that promotion to someone else? Of course you have. It's a terrible feeling, isn't it? Related: Where Is My Promotion? Well, before you decide to take drastic measures or start bad-mouthing the company, think about why you were overlooked for the promotion. Need some help? Here are seven potential reasons why you lost that promotion and things to consider next time you're due to move up:

An interview for an internal promotion is like a sales meeting, and you’re the product. If you can’t tell an interviewer why you deserve the position – why they should pay you more money, give you additional responsibilities, vouch for your future performance – they’re going to go with a competitor. Before you walk into the interview, have a mental list of things you personally have brought to the company whether through bringing in past experiences to your role, redesigning a procedure for efficiency or productivity, or plain numbers that show your contribution to the company’s bottom line.

The interview panel needs to know you’ve positively contributed to the company, but likely among them are future colleagues; they also need to know you’re a team player. If you take credit for things that aren’t yours – or even take sole credit when it was a team effort – your future colleagues worry they’ll be on the forgotten end of the story when it’s time to interview for the next level up. Highlight your impact on the company, but be gracious about those who’ve helped you achieve those goals. Not only do you have an opportunity to show that you’re a team player, but you illustrate your ability to coordinate peers when it comes to assigning leadership roles.

Office politics – whether in the form of nepotism or passive-aggressive revenge – are obviously a deal breaker if someone on the other side of the table came off worse for the wear, but don’t think that allies necessarily have your back either. The purpose of office politics is to change the balance of power, and your “loyalty” may be seen as asset… as long as you’re in a subordinate role. It’s better to focus on your work than risk getting mangled in the rumor mill.

Sure, this might get lumped in with not being a team player, but this is more about picking your battles. While the office rule may be 15 minute breaks, there’s no need to tattle to HR if someone stretches it a few extra minutes occasionally (as long as their slack isn’t consistently expected to be picked up by you). Similarly, making a point of greeting the boss’s spouse with a warm smile or remembering a co-worker’s birthday can go a long way toward good career karma.

5. You prepared too much.

Maybe you have anxiety about interviews. Maybe you were a Boy Scout. Either way, if you prepare too much, your responses could come off rehearsed and not genuine. Also, you might be so concerned about getting to your practiced talking points that you’re not really answering the interviewers’ questions. It’s harder to respond to a curveball question when you’re gone over the ideal questions in your preferred order every morning in the shower for two weeks.

7. You’re reading this list instead of finding out why.

You didn’t get the promotion. Maybe it’s for a reason on this list. Maybe it’s not. Maybe someone’s nephew got it, or maybe they know something better is coming down the pipeline that you’d be better suited for. Or maybe you just didn’t have the track record they needed to put you in place. Either way, an article aimed at a broad audience in a number of industries will not reveal the deep, dark secret as to why you lost the promotion. Who does? The people who interviewed you and maybe your supervisor. Once you feel comfortable enough emotionally to talk about the hiring process, go ahead and ask those people – if they are at liberty to share the information – what you can do to show you’re an excellent candidate for advancing in the company. Be sure to frame the question in a positive light (How can I improve?) rather than a negative, uncomfortable, or confrontational way (Why didn’t I get the job? Don’t you like me?). Either way, you best bet at figuring out why you lost the promotion is to talk to the people who made the decision in a positive way that shows them you’re determined to prove your worth. After all, that promotion was yours to lose… and the next one is yours to earn. This post was originally published at an earlier date.