The Scientific Job Search or Phun With Fysics Round II 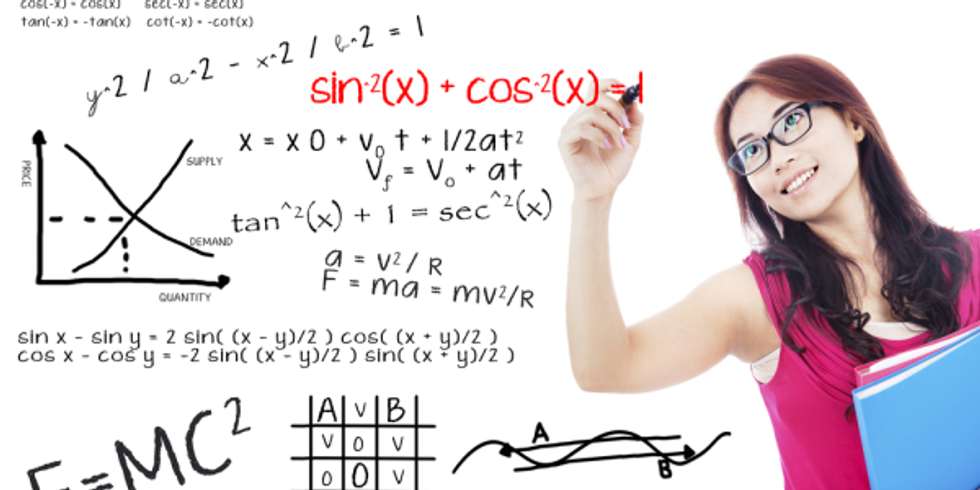 A few weeks ago I wrote an article, What Does Quantum Physics Have to Do with Interviews? From my perspective, it was just supposed to be a fun piece, meant to make a point and to put a smile on the reader’s face. Turns out, people actually liked it and so, let me make one more go at it:

How did Einstein figure out what happens at near the speed of light, or that your perspective of what is happening on a moving train (with a bouncing ping-pong ball, for example) depends on where you are located? He thought about it. He literally saw it in his mind’s eye. You can do it too! It's a known fact that if you see something in your mind’s eye before you do it, you have a increased chance of success. So, do your own thought experiment before an interview. Play it out in your mind’s eye and you should have the confidence to make your dream a reality - have a successful interview and get the job.

In quantum mechanics you cannot know both the velocity and position of a particle. The reason is that the act of measuring one will change the other. So, if you measure the speed of a particle, its position will change and vice versa. With a job search, you can’t focus on two things at once. There’s a process. The cover letter gets the recipient to read the resume. The resume gets the recipient to invite the candidate for an interview. The interview gets you the job offer. The negotiations seal the offer. If you summarize your resume in your cover letter, that defeats the purpose of both. If you focus in an interview on the negotiations, you’ll never get the offer because the interviewer will think you are only interested in the benefits and not the actual work. Which leads to…

We all know that A x B = B x A. But not with matrix mathematics. In matrix mathematics, A times B does not necessarily equal B times A. So here’s a career search equation for you: E = c + r X i E ≠ (c + r) i E is employment. C is the cover letter. R is the resume. I is the interview. As I just noted, if you write a good cover letter and resume, and have a good interview, you’ll get the job. However, if you combine the cover letter and the resume into one document, you’ll never get the interview. (I would say that (c + r) = 0, so since anything times 0 is 0, i times 0 is 0 so no interview, but why should I have mathematicians mad at me too? Physicists are enough!)

Finally we come to my favorite. You can imagine something in the quantum world, but as soon as you observe or measure it, it becomes a reality and therefore it changes from what it is in the “imagined” world to a definitive reality. For example, light is both a particle and a wave. If you run one type of experiment it acts like a particle; run a different experiment, it’s a wave. Both are correct yet they cannot be simultaneous. It’s one or the other. Similarly, you can’t make yourself out to be more than one thing. The classic example is the person who is applying for a sales position and is asked about marketing. She thinks the right thing to say is, “I love marketing; I’m great at it.” In fact the correct answer is, “I know marketing, but I’m a sales person. I can help with marketing, I’m a team player, but my expertise and passion are in sales.” If an employer is looking for a sales person, she doesn’t need a sales person who is going to want to do marketing. She wants someone who is focused. In the real world, you can’t be two different people at once. Same thing for having multiple resumes. Sooner or later, an employer will see two different resumes, will not know which to believe, will think you are either lying or unfocused, and will reject you. A “Jack of all trades, master of none,” is more often than not, unemployed. And so ends my journey into physics. Scientific job search image from Shutterstock