The 5 Tenets of Career Enlightenment 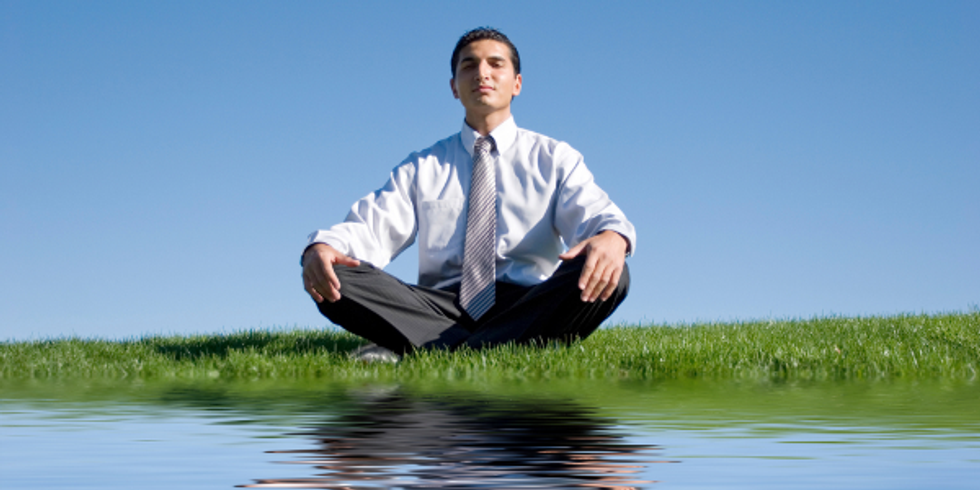 Desperation can make us do strange things. If you've ever been laid off, you may recall those first few weeks of shock and disbelief. Then questions arise such as, “How am I going to pay my bills?" or, “What's going to happen to me?"

The anxiety sets in.

And it's at this point you're the most vulnerable to making a bad career mistake. All of the great stuff you've learned about career management goes out the window. And it's back to the job boards for another round of spray and pray, like some kind of bad addiction.

It's good to have something solid to hold on to. Perhaps some kind of list of tenets that can help calm you down and refocus your efforts.

In looking through my articles, I realized I've not written anything that concisely sums up what it means to run an enlightened career search.

It's easy to fall in love with the social media tools. To dive deeply into LinkedIn techniques. But what about that 30,000 foot level.

So I put together this short list of the things you should grasp on to if you ever feel yourself freaking about about finding work.

Just because an employer hasn't discovered your unique value doesn't mean you don't have any. You do. Everyone has something special to offer the world. You have to believe there is a fit for you out there.

Don't take the first job that comes along just because it relieves you from feeling inadequate. Take the job because you feel you have something of value to bring to the table.

Only a small fraction of jobs ever make it to job boards. Some say less than 3%.

You have a better chance of finding a fit though meeting new people and paying it forward. In every city, there are a plethora of networking opportunities. If you are not taking advantage of this, then you are missing out.

What's even cooler is you can network with social media tools without having to travel all the time. Just remember to bring your online conversations off line as quickly as you can.

Whether you are networking online or offline, be sure you are adding value to the other person. Be interested in what they have to say and they'll be interested in you back.

Surround yourself with positive and supportive people.

When my daughter was learning tennis, she would blame her racket for missing the ball. So we got her a better racket and she still missed the ball. Eventually, she learned it wasn't the racket at all, it was how she was using it.

You can read all the books and blog posts you want about LinkedIn, Twitter or even generic career books and resume books. But you need to learn how to really use them so you can focus on more important things, like getting a job.

Get familiar with the various social media tools at your free disposal. Learn to use them correctly and then move on. Social media is NOT a fad, it's a rising trend just like e-mail was in 1999. Better get used to it.

4. Social Media is a feature, not a paradigm shift.

Twitter, Facebook and LinkedIn are features of a much larger thing. Wouldn't it be silly to write an essay in MS Word, then use a separate software to correct your spelling?

Use the internet tools together in a single career strategy. Don't think of the different social media tools as separate. Yes, they are their own companies. But they serve a single function in your life, connection.

For example, why not apply to a job on a job board, follow up using LinkedIn for an info interview and then thank the person for their time on Twitter?

Generic “how to use social media for the job search" articles just don't cut it any more. Focus on your strategy, rather than the tactics and tools. Eventually, I hope, the use of social media will become so familiar that any mention of them will simply recede into background noise.

5. If at first you don't succeed, do something different.

The definition of insanity is doing the same thing over and over and expecting different results each time.

In Seth Godin's The Dip, he talks about knowing when it's time to quit something or when you should stick to it. One of the factors of knowing when to quit is when you've used up every alternative to pursuing the goal.

If you've been running your job search the same way over and over again without success, rather than feeling like you should give up, try changing one of the variables.

If a particular networking group doesn't seem to pan out, choose another one. If your LinkedIn profile isn't getting people to write back to you, change it. If your time allocation is spent too much on research and not enough time in talking with actual people, change it.

Joshua Waldman helps frustrated job seekers leverage social media to find work FAST! He is the founder of CareerEnlightenment.com and the author of the new book, "Job Searching with Social Media for Dummies."