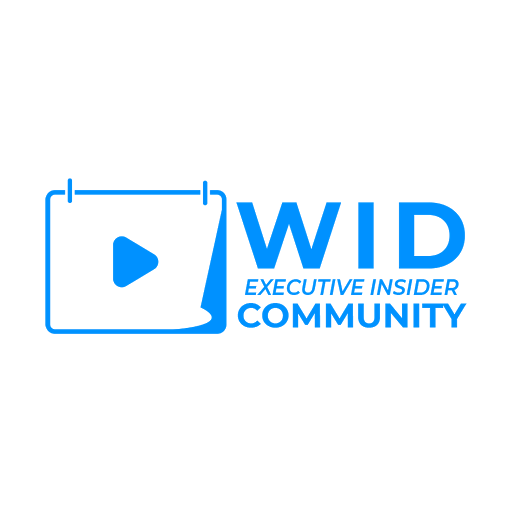 MIGHTY NETWORKS LOGINABOUT OUR COMMUNITYCREATE +BACK TO WID BLOG
Log In

MIGHTY NETWORKS LOGINABOUT OUR COMMUNITYCREATE +BACK TO WID BLOG
Log In

To A Leader, Trust & Credibility Are As Necessary As Food And Water

That old fatherly image of the all-knowing leader is dead-wrong for the modern economy. It kills credibility, destroys trust, and cripples the effectiveness of your leadership. Time to treat your team members as the brains they are, practice servant leadership, and be a catalyst for progress.

There is a definition of what leadership is: an omnipotent figure that is telling people exactly what to do and how to do it.

Because the leader knows absolutely everything. He or she is the most intelligent person in the room—at all times.

It survives to this day because it is comforting to the leader. But it is also toxic to effectiveness and morale. It amounts to treating employees like they are automatons, not brains.

Not surprisingly, it leads to sagging results.

Effective leaders know pretending to be all-knowing is the best way to lose their team's trust and cripple their efficiency. Rather, they practice servant leadership and empower their team. They are the spark plugs of their teams.

That All-Knowing Figure Of A Leader Is Dead Wrong!

Everyone I know of was raised with a certain idea of the ideal leader. A father-like figure telling his team members (a.k.a. his "kids") what to do, when to do it, and how.

In other words, an all-knowing, almost omnipotent being showing the way forward.

That image is present in multiple cultures, but perhaps even more so in highly hierarchal ones.

That image is also dead wrong. And dangerous.

If that "Father Knows Best" leader ever was the way to effective leadership, it died with the rise of the knowledge economy. It passed away when the world became so complex that no one in their right minds could even pretend to know everything.

Servant leadership is the way to efficiency. That starts with the humility required to recognize you do not have all the answers.

Pretending To Know Everything, The Surest Way To Lose Credibility And Effectiveness

long-angle photography of tunnel Photo by Valentin Lacoste on Unsplash

Trashing your credibility is the surest way for a leader to lose his or her reports' trust.

Hiding the fact the company is going through tough times? Trying to show a brave face in front of a challenge by stating that you know precisely how to tackle it, while in your heart of hearts you know otherwise?

You may feel you are doing your team members a favor. That you need to be their rock in the middle of a stormy sea. That they need not worry since you got this all figured out.

You may also feel that if you do not act as if you knew everything, then your reports will lose trust in you.

In other words, you may feel you are doing your job by pretending omnipotence.

But you are not.

No matter how well-intentioned these efforts are, employees will, one day or another, see right through it. They will detect that you don't really know what you are talking about. That everything is indeed not fine.

In other words, you will damage your credibility.

It gets worse. When the leader is not credible, employees do not trust him or her. That is when they start second-guessing every move.

You may say, "Don't worry, everything will be fine as long as you stick to the plan." But they hear, "A blind person is leading me to the edge of an abyss."

When this happens, it cripples your ability to lead effectively. In sports, this is when the coach "loses his locker room." Something similar happens in the corporate world.

Team Members Are Brains. Time To Treat Them Accordingly.

Effective leaders understand a simple concept: their team members are brains. And they treat them accordingly.

The industry doesn't matter. The value of employees, even manual ones, resides squarely in their brains (which are controlling the hands).

Brains are many things. Among others:

That has profound impacts on effective leadership. The wise among us know it and act accordingly.

An Effective Leader Is A Catalyst For Brain Networks

Conversation Killers: How To Ruin A Networking Opportunity

The effective leader seeks to deliver results, to effect a change in the world or within an organization that would not occur if no one took action. And they try to do so in the best, fastest, and most cost-effective way.

They know they are the catalyst in the middle of a network of brains. Their number one job is to recruit the right set of brains for a task, each one bringing value to the table.

They need to ensure all these brains all speak a mutually comprehensible language and that connections occur.

They know they cannot know everything, that their teammates will sometimes know better than they do. In fact, they hope team members will sometimes come up with better ideas and better plans.

They do not consider these a challenge to their authority. On the contrary, they understand that the emergence of these dynamic connections speaks volumes to the quality of their leadership. That fellow team members are much more likely to respect someone with the intellectual integrity to recognize his limitations—and a good listener.

Effective leaders also keep in mind the importance of morale. That with the right policies and deeds, a sense of mission will take hold. That will multiply the team's effectiveness and help their brains grow over time, leading to a virtuous circle for the organization.

Above all, the wise leader knows that trying to substitute his brain for others by controlling every action his or her team undertakes is futile and counter-productive—that it is the best way to kill efficiency and drive oneself crazy in the process.

From Your Site Articles
Related Articles Around the Web
This article was not written by the WID staff, therefore the opinions and beliefs expressed in this article are the authors alone, and do not necessarily reflect Work It Daily

The Importance Of Branding For Your Business

You Are Abroad. "中文" Means Nothing To You. Now What?

From Bucket List To Project Life Roadmap In 8 Simple Steps