Would You Work For Them? Here Are The 5 Greatest TV Bosses 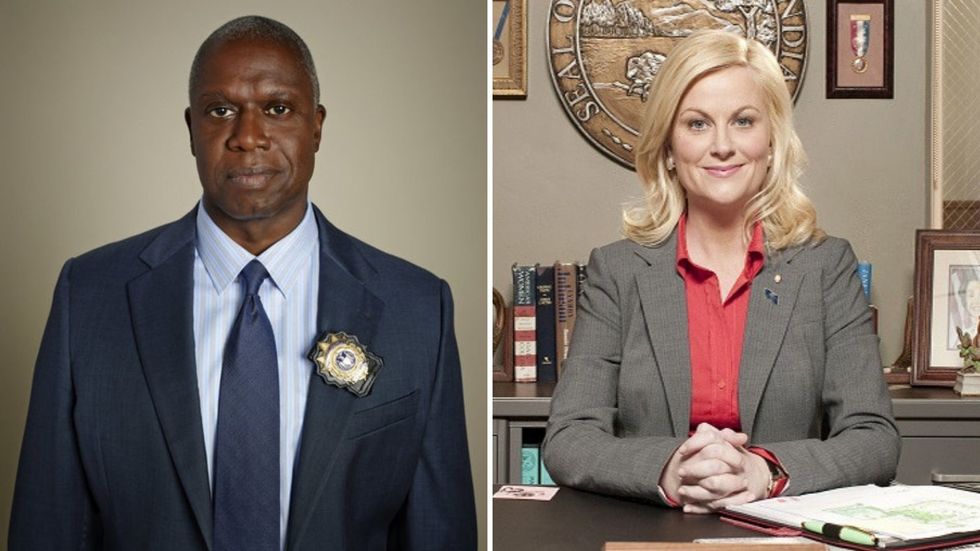 Work culture and pop culture come together often in television shows. One character people either love or hate: the boss. They stick out to you for a reason, especially if they're a good boss.

So, we want to highlight the bosses that set a good example. These are 5 TV bosses we'd work for in an instant.

Like most of the characters on Grey's Anatomy, Dr. Miranda Bailey has a lot going on in her professional and personal life. She often struggles with her work-life balance, since she's constantly saving lives. Despite that, she still manages to be a great boss. Here's why:

• She helps out wherever she's needed.

• She understands the importance of loving what you do and getting the job done right.

• Her ability to be a mentor, friend, and respected colleague all at one.

Aaron "Hotch" Hotchner has a high-stress job. He's the leader of the Behavior Analysis Unit of the FBI. He has a lot of responsibility on his shoulders, but he carries it with pride. Here's why he's a great boss:

• He always focuses on the well-being of his team, not just himself.

• He holds his team accountable and praises them when they deserve it.

• He's always willing to talk with his team, especially after a tough case.

• He can take charge in a stressful situation and pays attention to the details.

Liz Lemon may work a little too hard, but it's because she cares about her job and her co-workers. This is why she's an unforgettable boss:

• She rolls with the punches and does what needs to be done to get the job done.

• She's willing to do whatever she can to help her co-workers.

• She's not afraid to state her opinions, even if they're hard to hear.

Captain Raymond Holt is an unforgettable TV boss. He leads the 99th precinct on "Brooklyn 99" and he has the respect of all his co-workers. Here's why Captain Holt is a remarkable boss:

• He's dedicated to his squad.

• He goes above and beyond to help his team, both professionally and personally.

• He's quick to defend the precinct when its under fire.

• He's big on team bonding (the annual "Halloween Heist" is an awesome way to sharpen his detectives' skills through friendly competition!)

• She always keeps the energy in the workplace up.

• She constantly supports her co-workers.

• She always strives to reach her goals.

• She comes up with creative ideas that generate great results.

Even though they're fictional characters, everyone can learn something from these TV bosses.

They were picked due to their leadership style, communication skills, and ability to work in a team. Having a boss you want to work for is a big part of your productivity in the workplace.

Now it's time for you to get your opinion in! Tell us which TV boss you'd work for by voting in the poll below.

Which of these TV bosses would you rather work for?

6 Ways To Deal With Getting Laid Off

For almost all adults, work is one of the primary features of life. Many people devote more than 40 hours every week to their jobs, so it's not unusual for them to be stressed when they're laid off.

Read moreShow less
why you need a linkedin profile
Featured

6 Ways To Deal With Getting Laid Off