Who Would You Rather Work With? "Killing Eve" Edition 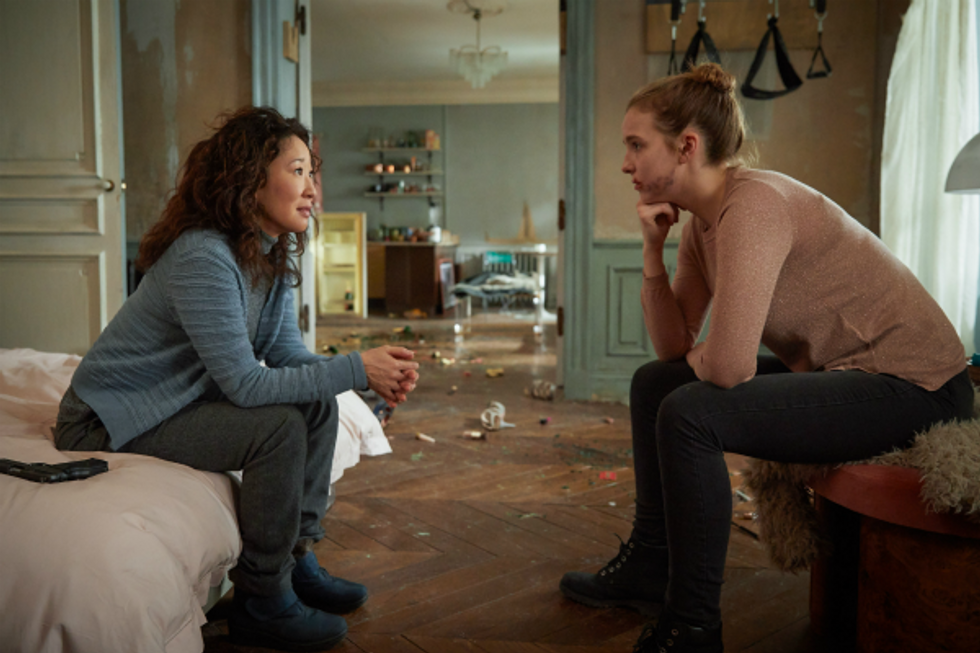 The award-winning spy thriller, Killing Eve, deals with a lot more than assassinations and MI5 intelligence. Some of the most entertaining aspects of the show include how the characters react and relate to one another.

Villanelle, the Russian-born assassin, and Eve, the half-British MI5 agent, are both insanely good at what they do. They're also very complex characters with unique personalities, possessing as many flaws as they do strengths. They're human, in other words.

Those kinds of characters are fun to watch on TV, but it's a whole different ball game dealing with them in real life—especially at work. Which got us thinking: what would it be like to work with Villanelle or Eve Polastri? Who would be a better co-worker?

So, tell us! If you had to pick between Villanelle and Eve as your new co-worker, who would you choose?

Villanelle is very obviously a psychopath. But don't hold that against her. Sure, it's always her way or the highway. She's easily bored, and if she hates your outfit, she will tell you. But if you get on her good side, you'll learn to appreciate her honesty. She's a creative problem-solver who always gets the job done. You can always count on her to execute a plan (pun intended), although, often messily. Most likely to be voted "Best Dressed" in the office.

Eve is probably not a psychopath, but sometimes...you wonder. She prefers to do things herself, and will only ask you for help after she's messed up (disastrously). Sometimes she can seem aloof when stressed. Maybe you see her stubbornness as a strength; she's willing to go against orders and break the rules to get the job done. And when she's all in on a project, she's all in—so you never have to worry about her backing out when things get hard. She is smart and very ambitious. Most likely to be voted "Best Hair" in the office.

From Your Site Articles
Related Articles Around the Web
co-workers