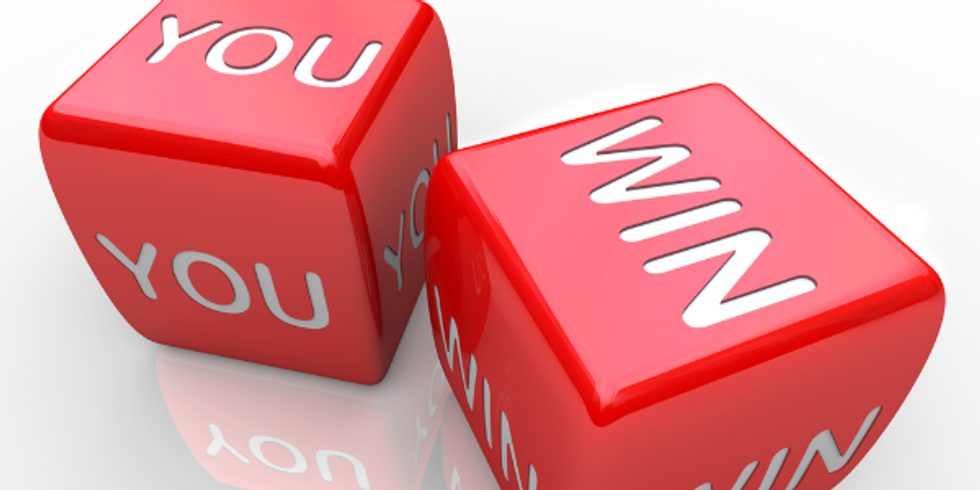 Last month, we held a contest. We asked readers to post why they should win the Ultimate Career Coaching Experience and then told them to get as many votes as they could by having people hit the ‘Like’ button on their post. With just 4 days left in the contest, Thomas Bertin won. He amassed so many votes within 24 hours of entering, some readers questioned if he was cheating. It was a shame to see such sour grapes. He didn’t cheat. He simply proved the exact point I was trying to make with this contest about job search in 2011... 3 Things Got Thomas to the Winner’s Circle Trust me. Thomas didn’t do anything cutting-edge, outrageous or magical. He did 3 things anyone could have done. Things you can do if you are looking for work too. 1. He participated. Over 4,100 people looked at the contest, but only 24 entered…ONLY 24! All those readers had a shot at winning, but didn’t even try. Finding a job is about entering the job market. There is no Fairy Jobmother. If you want to win, you have to participate. 2. He shared how winning would make others winners too. Of all the posts, his was the only one that explained how if he won, he planned to teach others what he learned. Talk about a great way to get votes! Instead of only focusing on why he needed to win, Thomas discussed how winning would enable him to help others who needed this information too. Who wouldn’t want to vote for that? If you want people to buy what you are selling (i.e. you’re a business-of-one selling yourself to employers), you have to tell them what’s in it for them. If you don’t, someone else will – and they’ll be the one with the job. Even if they are less qualified or deserving than you. 3. He asked for help. Thomas has been a very active networker and contributor to the job search community in his area. He used the relationships and trust he has built with other professionals to earn votes. Moreover, he didn’t just ask once - he asked multiple times and leveraged every source he could! He made an effort to win by asking as many people as he could to vote for him. Just look at all the well wishes posted for him on the contest page and you can sense how much respect and appreciation his networking community has for him. As an active job seeker, can you say the same? FACT: Nobody job searches alone. Like it or not, we need to network. More importantly, we need to put our pride aside and understand that asking for help doesn’t make us weak or flawed – it makes us human and accessible. Thomas has given a lot of himself to his community, and when the time came to ask them to help him out, they all jumped at the chance. That’s how it’s done – but only if you make the effort. Job Search Reality: It’s Not Who You Know, It’s Who Knows YOU! I asked Thomas to write in his own words how he approached the contest and what he believed helped him win:

"Although the Ultimate Career Coaching Experience contest through CAREEREALISM.com ran for approximately 2-1/2 weeks, beginning on December 14, 2010, it wasn't until two weeks later on the 28th I first became aware of the contest while working my way through a number of group e-mails through LinkedIn. Reading through the entries already submitted at the time; 18 if my count is correct, I chose to submit an entry of my own based on my merits in helping others while helping myself. If I recall, the highest vote-getter at the time was not outside of my reach and I believed I had an equal chance of winning just by contacting my family and friends.

Based on the information I included in my contest entry about being the ultimate networker, I began by asking my family, close friends and neighbors for their votes. In addition, I reached out to so many of the wonderful people I have networked with and formed true friendships with in the year and a half I have been out of work. Even though I can empathize with some of the stories shared by other contestants, and could likely add a few of my own, I ran a clean contest without relying on votes of sympathy. What I was aiming for was to gather the votes of my network of contacts based solely on my professionalism and who I am as an individual. Unfortunately, I cannot directly associate each of the votes cast for me to a specific individual; however, I can say with pride I leveraged the support of my personal network to securing the winning votes. Among the special people who spoke so highly of me throughout my 4 days in the contest are family, friends, neighbors, a former supplier, a colleague from 26 years ago and a number of new contacts made at networking events since my position was eliminated in June of 2009; some having attended my LinkedIn Presentations.

What I hope to convey is so much of what we do is built around our relationships. Far too many people think networking is simply a matter of exchanging names and numbers, while a true networker develops those relationships by thinking and providing for others. It was through my extensive networking ability I was able to leverage friends and family to get their friends and family to cast votes on my behalf. I'd like to thank my wonderful network for making me the winner of the Ultimate Career Coaching Experience!"

PS – Every Contestant Won a Lifetime Membership to CAREEREALISM Club – The Only Career HMO! What people didn’t know during this contest was we intended to make sure there were no losers. We believed anyone who was brave enough to enter, deserved to win some career help in 2011. The 23 runner-ups all received invitations to join CAREEREALISMclub.com FREE of charge. They were sent the invite on New Year’s Day. I look forward to help Thomas and the other contestants find a job in 2011. If you are a job seeker, I hope this post inspires you to make things happen for yourself. The 3 things Thomas did are a great place to start! And, if you don’t already subscribe to our site, be sure to sign-up in the e-mail form at the top of this page. That way, you can keep track of Thomas Bertin’s progress. We’ll be updating readers on his progress so everyone can benefit from what he is learning! Photo credit: Shutterstock