When It Comes To Your Career, Is Making Assumptions Good Or Bad? 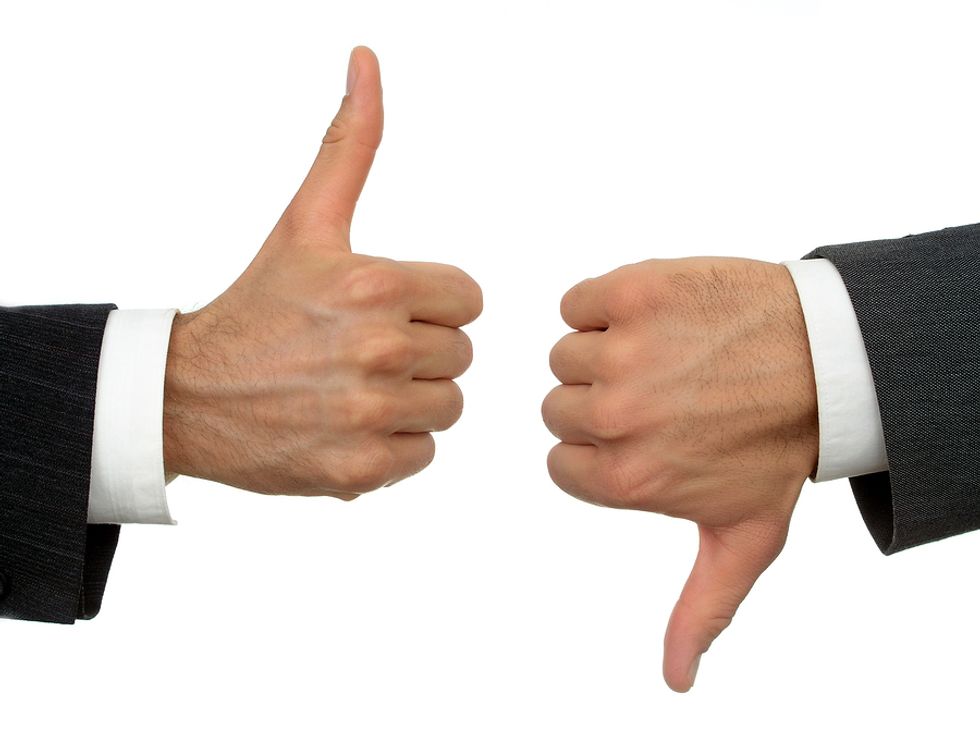 In the last month, just days apart, I received two e-mails from well-known management advisors I regularly follow. One e-mail was headlined: “Never ASSUME While Selling," the other: “Careful, Making Assumptions Is Costly." One of the articles immediately went to the cliché "Never Assume (ASS-U-ME) because when you do you make an ASS of U and ME." The other chided: “Assumptions. Not very productive, are they? They can lead to negative emotions, relational pain, and strife that never need to happen." Related: How 4 Words Control Your Career Decisions Authors who caution that one should not (or “never") make assumptions always use good examples of incorrect assumptions. What's missed here is that in a very real world where the future is unknown, the need to make assumptions is both important and unavoidable. Several years ago, I drafted a list of the “Ten Dumbest Things Managers Say." It was part of a management training program, maybe an idea for a book. The “assume" cliché was always a candidate for the top three on the list, along with illogical statements like “If he (she) didn't understand what to do, he (she) should have asked." I've always found it easy to refute the “never assume" argument.

The better view of making assumptions is clear.

You will regularly make decisions based on assumptions that are wrong. Hopefully, a much bigger percentage of the decisions you make will be based on correct assumptions. Either way, there's always going to be the risk of an unknown future. Some of the incorrect assumptions will be minor, for example, you'll order something at a restaurant that you'll “assume" you'll enjoy, but it completely fails to meet your expectations." Other assumptions you make will turn out incorrect even if you've done a good job of asking questions and researching information about a company – or a job. From a career perspective, you'll accept a job offer – most likely – based on incomplete information.

The author arguing for “never assume" points out that asking questions to clarify information is a critical skill. Absolutely correct but it's impossible to ask questions that will clarify everything – again about an unknown future. Using the simple restaurant example, I can ask the server about customers' reactions to their “specialty;" I can ask about the qualifications of the chef; I can even check the online reviews. Despite this plethora of information, I can still be disappointed because I'm assuming this information means the meal will meet my personal tastes. In the career world, I can ask questions about the position, about the company. I can question the hiring manager, and hopefully my potential new boss, about his or her expectations for my performance. I can ask about the “culture" of the company. Yet, there's overwhelming evidence that these answers often do not meet the realities of the workplace. Questions can significantly minimize the risks of making assumptions – but they cannot eliminate them.

Advising people to “never assume" or “just stop assuming" mentally freezes people from an essential part of decision-making. It might even scare someone into inaction until “all" information is available – an impossible situation. Similarly, presenting this problem as “What assumption did you make that you now regret?" is one-sided. We can all answer that question, as noted above, with examples. But what about “What assumption did you make that you now applaud?" I was faced with a major career decision many years ago. I was offered a new position, relatively undefined, with an organization that was going to require a significant commute, a possible relocation. Plus, I was advised by someone who knew the organization well, who'd recommended me for the position, to proceed “with caution." I made several assumptions about the position – and accepted it. The biggest assumption was assuming my former boss's advice was true. In six months, the organization made a drastic strategic change, eliminating my new position. But the assumptions I made protected my consulting business and several aspects of my personal life.

Interestingly, both articles that condemned making assumptions with “don't" and “never" concluded by pointing out that in the first case, the author “assumes" you'll follow his advice and the second that you'll read the article. The advice on the dangers, benefits, and necessity of making assumptions would be better if the “don't" and “never" weren't stated so strongly. Disclosure: This post is sponsored by a Work It Daily-approved expert.