Career Path of a Production Manager 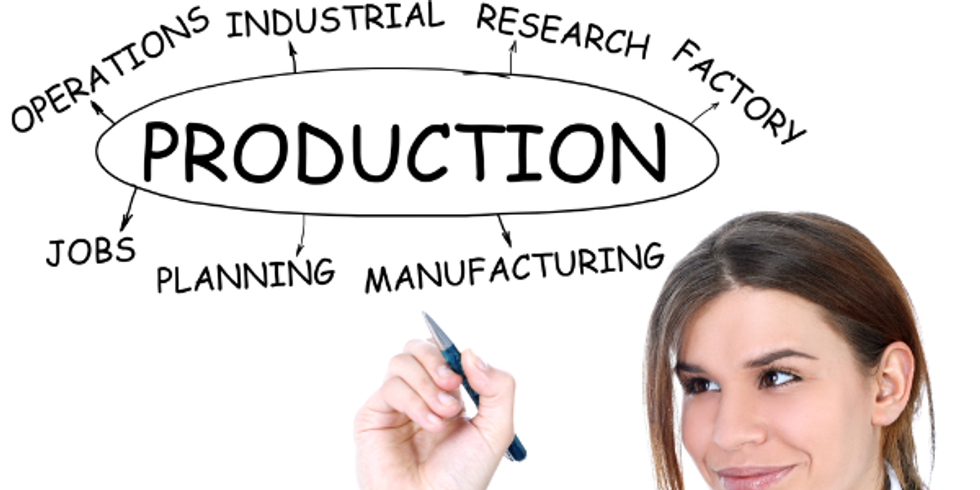 Considered working as a Production Manager? This career interview will take you through the ups and downs you can expect in the position, what it takes to land the job, what you can expect to earn and more.

I am a Production Manager, and I work for a company that manufactures pressure sensitive tapes, like Duct Tape. I have worked in this industry for about seven years.

I manage two departments in the slitting and rewinding plant. We operate three eight-hour shifts five days a week. We have about 150 employees in our operation. I oversee manufacturing, quality control, maintenance and process engineering. Our primary function is to take large drums of tape that are typically about 72 inches long and cut them down into individual rolls of tape. We also pack the finished rolls. My job is to manage the activities of our plant and to coordinate its functions with other departments.

On a scale of one to ten, I would rate my job satisfaction between seven and eight. I like what I am doing, but I wish I had the authority to make more changes. Getting authorization and funding for new ideas from my superiors is difficult. I would be much more enthusiastic about what I am doing if I had more control over funding. Unfortunately, poor decisions by some of my peers in the past led my superiors to keep a tighter rein on discretionary spending.

I don't know this job is my calling or it moves my heart or I've found my sweet spot in life, but I do enjoy this job. Without wanting to sound immodest, I'm good at it. I seem to have a talent for managing manufacturing operations, and I'm good at motivating people.

My situation is not unique, but I am a former junior military officer. The leadership training and experience from my military career has proven to be invaluable. I would not have the least idea of how to run anything without that training and experience. I also worked for several years as an hourly employee in a textile mill. That's something that many managers and salaried people have never done. Because of that experience, I know how the average employee thinks and what motivates him or her.

When I got out of the military, I thought that I would like to work in manufacturing. I felt that I would get more satisfaction out of making a tangible product instead of working in a service industry. This company got my resume from a corporate recruiter and invited me for an interview. I really liked the people here, and they seemed to like me. Taking the job just felt right. If I had to do it over again, I might investigate the financial industry. Several of my peers that I felt had less ability than I did went into that industry and now make more money than I do.

One lesson I learned the hard way was to prioritize tasks and to do the most important thing first. I started out as a supervisor on the night shift and the supervisor on the shift before mine told me that one of the machines was malfunctioning and that a chemical that was normally added to the product automatically would have to be added by the operator by hand. Instead of telling the machine operator right away, I got distracted by some trivial task and forgot. Several hours later, we discovered my error. A great deal of product was defective and could not be fixed. It's a terrible feeling to have to wake your boss up and tell him that $30,000 worth of material is ruined and that it's completely your fault.

The single most important thing I've learned about work compared to school is that the performance measures of work are often nebulous and hard to define. In school, you take tests and get an objective score. Yes, there are projects and other things in school that have a subjective element in their grading, but you generally know the requirements for success in each course. Work can be very different. It would seem that you could judge who is doing the best job by how much money they make for the firm. But some people who do a mediocre job talk a very good game and can make some very convincing excuses for their failures.

One of my former peers, who did an average job at best, told me his philosophy was to talk himself up and to get as far as he could as fast as he could and then move to another company when his progress stalled. He is my former peer because he moved up quickly here and then took a job at another company several levels higher than the job he had here. I've learned that you must market yourself. You can't just assume that your superiors know that you're doing a good job. I know several people who very quietly do exceptional work. But, because they're quiet about it, a lot of people don't think that they do anything.

I suppose that the strangest thing that ever happened on this job was when two repossession agents showed up to repo an employee's vehicle in our parking lot. We wouldn't let them in because we were afraid that they might damage other people's cars and that we would be liable for damages. I was expecting Dog the Bounty Hunter and Matt from Operation Repo. Instead, we got guys who looked more like Kramer and Newman from Seinfeld.

I get up every day and go to work because I enjoy the challenge. How much money can I make for the company? How can I cut costs? How can I improve the process? How can I improve employee morale. I'm especially proud the profitability of the department improved by 57% during my tenure and my superiors credited me with the vastly improved morale in the plant.

The kind of challenges I handle most days involve resource allocation. Often, there is more work to do than we have time, equipment and people to do it with. Prioritizing resources is a big part of my job. Implementing employee ideas is another. Unlike my predecessors I don't focus much on the minutiae of running things. My subordinates are very capable of handling those details and seem to appreciate my lack of interference and my trust in them. The people problems are what really make you pull your hair out, not the technical problems. A small number of people seem to enjoy causing chaos and trouble.

My job is very stressful, but much of that stress is self-induced. I wish that I pursued more activities outside of work, but I can't seem to pull myself away from the job as long as there's something more to be done.

The salary range for my job is $75,000-$100,000. I'm pretty happy with my salary, although no matter how much you make, you always think you deserve more. I'm doing okay financially.

I get four weeks of vacation each year, if I can take it all. It's probably enough, but it would be nice to have more.

To get hired and succeed in this field, you really need a bachelor's degree in science or engineering, although I've seen some people with finance and business degrees do okay too.

If I were advising a friend considering this line of work, I would tell him or her that the work is demanding, but that it can be satisfying if you dedicate yourself to it. Always be honest and don't delay in reporting bad news and don't sugarcoat it.

JustJobs.com is a job search engine that finds job listings from company career pages, other job boards, newspapers and associations. With one search, they help you find the job with your name on it.