My Career as a Pharmacy Technician 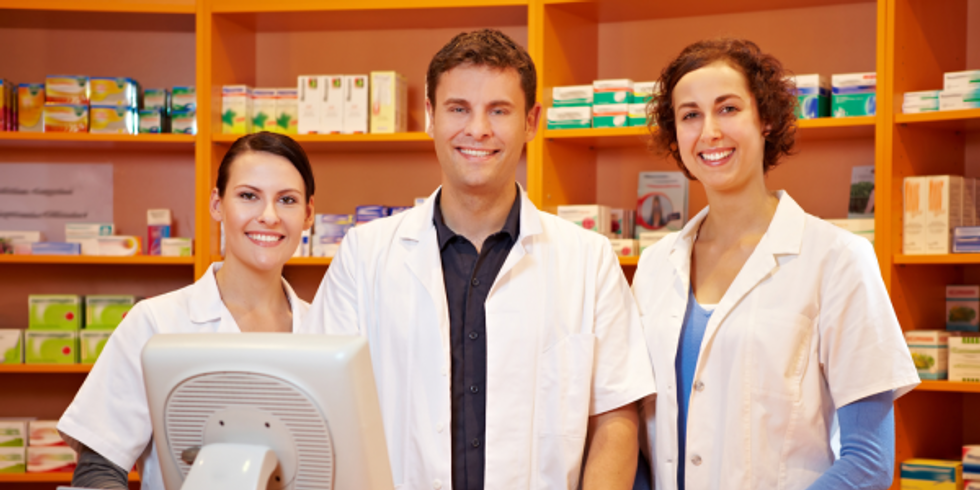 This is a true story as told to LatPro.com where you can find helpful career interviews and job search advice in your desired industry. Visit to find a career interview in your field today.

I have worked for 24 years as a pharmacy technician in a community pharmacy in California. As part of a small team, there are lots of different duties and tasks to perform in that type of setting. The pharmacy is located in a medical complex populated with doctor's offices, within a stone's throw of a small hospital.

Customer service is a main priority in the pharmacy. It's my job to make sure the customers get their prescriptions filled quickly and accurately. That includes maintaining current patient information in the computer database, generating prescription labels, billing insurance payers, filling containers with medication and labeling them appropriately.

There are plenty of steps involved, like trying to decipher a doctor's handwriting, sending claims online and dealing with rejected claims. The rejected claims take the most time to process because there are variables involved. It could be that the customer's insurance coverage has been terminated or that the coverage hasn't been updated in the insurer's database. It might be a formulary issue, meaning that certain drugs are covered and others are not covered by some insurers.

When a claim is rejected for a formulary issue, I normally contact the prescriber to see if the prescription can be changed to a covered medication. If the prescriber doesn't want to change the order, then I request a diagnosis specific to that drug, a list of other drugs and doses previously tried for the same diagnosis, and medical justification to explain why the insurer should make an exception in that situation. Armed with that information, I can contact the insurance company and request prior authorization to receive payment for a non-formulary drug. In some cases, the insurance company requires the prescriber to request the authorization.

In that situation, I inform the prescriber and try to provide as much help as I can to facilitate the process. This might include faxing a prior authorization form to the doctor with the patient's information filled in, or merely providing the doctor with the prior authorization phone number or web address. All of these procedures take time, and that's how I spend most of my day.

Unfortunately, after 24 years of performing these duties, my enthusiasm for my job has waned considerably. I would rate my satisfaction at around 6 on a scale of 10. There are certain things I like about the job, like helping people and the gratitude that comes with it, but dealing with all of the obstacles involved with processing prescriptions can be very tiresome and annoying.

The biggest problem is my boss, the pharmacist I work for. He has a hearing impairment and he uses it to avoid performing his duties. He expects his employees to perform them instead, which is against the law. If the state board of pharmacy became aware of this arrangement, everyone involved could be disciplined or lose their licenses. It's a bad situation, and if I could find work at a different pharmacy, I would jump at the chance.

I started in the pharmacy business when I was young. My father was a pharmacist who owned his own store. When I was 22 he sold the store, and shortly thereafter I went to work at the store where I am currently employed. The owner was not healthy and he died the following year. His family sold the pharmacy to the current owner.

While I've been employed at the store, I have attended a college and a university. I didn't finish my bachelor's degree, and that is my biggest regret. I feel like I could have gone farther in life with a different career.

The reason I get up and go to work every day is the need to provide for my kids. I am proud to say that my oldest son is now attending a university and so will my younger son this fall.

The job is not really stressful, but instead, it is tedious. My sources of stress are an out of touch boss and annoying co-workers. One, in particular, drives me up the wall with her behavior. I try to ignore it, but it is really irritating!

The salary range for my job starts around $11.00 per hour and I currently make $22.95 per hour. If a friend asked me for my advice about becoming a pharmacy technician, I would suggest finding a more lucrative job. In order to obtain a pharmacy technician license in California, one must complete an appropriate course of study at a college.

If I could write my own ticket, I would be my own boss and leave the pharmacy business behind.