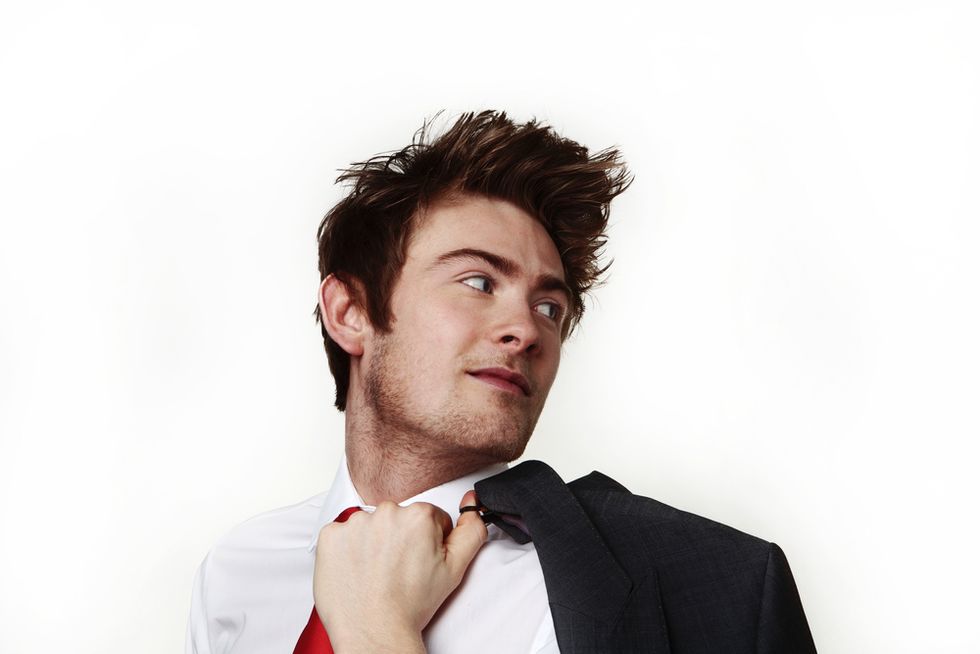 Traveling along on our respective career paths, everyone should be aware of what potential landmines exist along the way that could prove to be obstacles to building a stellar reputation.

Here are some of the biggest career torpedoes I've observed after working with literally 1,000+ clients over the past few years:

There are the genuine networkers, and then there are the people we meet at events who are always looking above our shoulder to see if they can spot someone "better" in the crowd to go talk to. We know these people… they walk among us. If you are talking to someone, give them your full attention until the conversation has gracefully ended. It sounds rather obvious, but don’t drop your current conversational partner like a hot potato as soon as Mr. Big walks in order to hightail it over there to shake his hand. Please don’t be one of THOSE people. They are users and totally FAKE… we all have long memories and aren’t likely to forget those types of rude indiscretions.

Sounds like a great idea… “I’ll scratch your back if you’ll scratch mine” – a request many of us get on the networking site LinkedIn. Well, think again. Employers can smell these a mile away. ONLY post real, genuine, and heart-felt testimonials that are true insights into what makes you tick. Otherwise, to an outsider (a.k.a. a potential employer), these phony recommendations are just that: ineffective fluff.

So, your last boss was really really stingy with the job titles, and the work you were doing far exceeded the lowly title that you had worked under. And yes, it is SOOOOO tempting to make a little, itty-bitty change to your job title from that employer… after all, it was a few years ago, and no one will notice, right? WRONG. Never ever take the liberty to creatively up-grade your actual job title. Employers don’t like that. And by employers, I mean potential employers AND your previous employer. Believe it or not, they DO and WILL talk / compare notes. Any way you look at it, it will turn out badly for you.

If you started out as an assistant at the company but were later promoted to director, this newsflash is just in: it is not accurate to "lump" the entirety of your work history at the company on your resume under the higher job title. Most employers refer to this as LYING. This is such obvious point but you would be surprised of how many job seekers take this tactic… only to their own detriment. What goes on your resume should parallel what is in the personnel file at previous employers. In reality, showing the separate positions is actually GOOD for you - it demonstrates you were a valued employee and progressively promoted into increasing levels of responsibility.

This doesn’t refer to those things you put into your eyes. We’re talking about the people who call you up, butter you up, get what they need from you, and then throw you away, never to be heard from since. No one likes to be used… and the only way you can build a strong network is to cultivate relationships… and that means for the long-term. And it is always important to be thinking about what you can do for the other person versus what they can do for you. Only when you make it about them will karma go to work for you.

Chances are, at some point in your life, you are going to have either a bad boss or someone who otherwise makes you feel disgruntled in your current job. A brief moment of satisfaction by venting online is only fleeting. What remains online stays there forever thanks to auto-archiving, and any negative rants can reside there until an employer does some digging for digital dirt. A little while back, in my hometown, someone posted to an online local paper lambasting a development project and absolutely smeared the people involved. He thought his avatar was private, but he was wrong. He was outed and his true identity became known. Guess what? His employer didn’t like it and he got canned because it had such a negative impact on the company. Remember what our moms used to say, “Don’t say anything if you don’t have anything nice to say?” Good advice that still holds wisdom today! These are just a few tips for you to think about while managing your career and related documents. Always be thinking about how you can build positive, authentic relationships and reflect yourself accurately and consistently across all communications platforms. You want to make yourself as employable as possible and being as positive and genuine as you can be will help make career transitions much easier! So, make sure you avoid these nasty career torpedoes!

When To Turn Down A Job Offer Risks And Rewards Of Taking A Job You Don’t Want Why No One Is Calling You After You’ve Applied To Over 100 Jobs Online Photo Credit: Shutterstock

Let’s make things clear: It's impossible for everyone in the workplace to be your close friend. It's possible, however, to grow positive working relationships with them.