10 Things You Can Do With Your Communications Degree 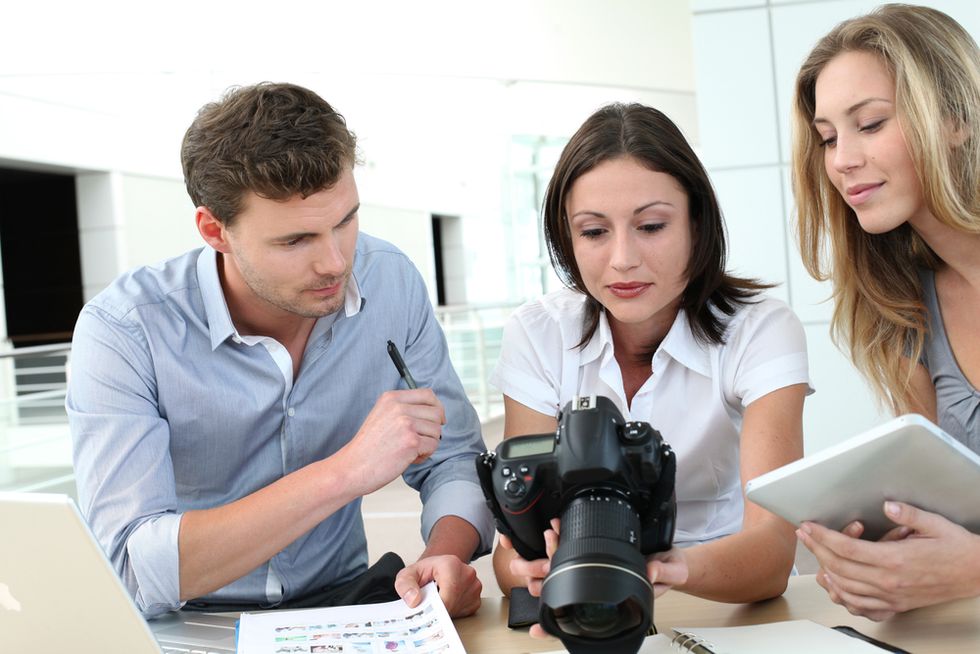 When it comes to bachelor degrees, perhaps none provides more options than one in communications, often found in the College of Art and Sciences. To earn a communications degree, you need to develop and demonstrate the ability to write well, speak persuasively, understand human nature, and demonstrate an ability to use a variety of communications vehicles fluidly. As you can imagine, one or all of these skills are required for nearly any job, and you’ll find communication majors working in every industry. Here are a few:

Many stories you see in newspapers, on television, and on major news websites are written by people with degrees in communications. In addition, many professional journalists work as freelancers, writing stories for blogs, magazines, and small, independent newspapers.

Journalists can’t do their jobs without public relations people. They’re the often the ones who help large and small businesses, government agencies, and non-profit organizations tell their stories. They write news releases and help reporters arrange interviews. In addition, public relations people work with companies to respond to emergencies. Every time you see a company executive doing a press conference to explain why something bad happened, chances are the public relations person wrote the executive’s remarks and planned the event.

Advertising is a multi-billion dollar business, and most of the ads you see in newspapers, magazines, billboards, and television and hear on the radio are written by communications people. Again, they use their mastery of persuasion

The words you read in brochures, flyers, catalogs, and on promotional websites are all usually written by professional communicators. They work for agencies that specialize in promotions, large corporations that sell everything from farming equipment to clothing, and even school districts.

Being able to write and speak persuasively is critical to any sales person’s success, and this is exactly what people with communications degrees do. Many sell advertising space for media outlets, but you will also find them in just about every other industry.

With the explosion of the popularity of social media sites such as Facebook, Twitter, and Tumblr, many companies are trying harder than ever to reach their audiences through social media. These companies often hire communications professionals to monitor the posts, write posts and tweets, and respond directly to customer questions.

Behind every great politician is a person with a communications degree. Some write speeches. Some serve as chiefs of staff. And many are political strategists. Understanding how to develop messages that resonate with voters is a skill that many communications people develop while studying for their degrees.

The radio waves across the country are full of the voices of communications people. In fact, many got their start working at their college radio stations. The most prized jobs in this category are hosting programs in major markets or doing play-by-play for college or professional sports teams.

Every great on-air host or television news program needs a great producer. These are the people who work the soundboard, make sure the commercials run on time and help the host or news anchors prepare for the broadcast. They’re behind the scenes, but they play a key role in making it all happen.