Does Your Company Do THIS For Its Employees? 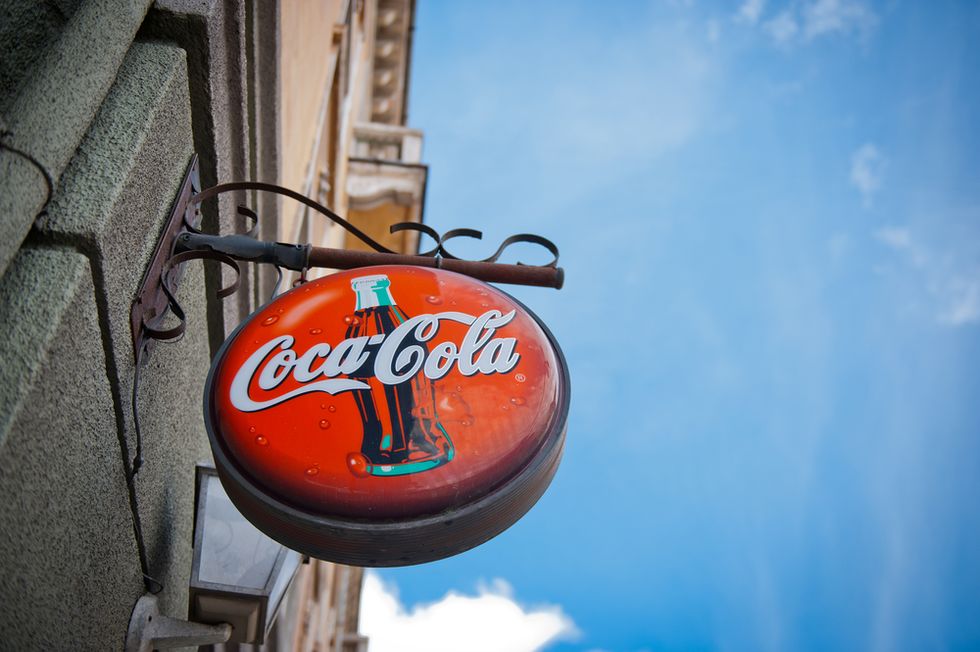 Coca-Cola- Definition: “Delicious Happiness” (in Mandarin) Related: 3 Things Every Great Company Offers Its Employees The Coca-Cola Company is nothing short of amazing. A global company that has grown from serving, on an average daily basis, nine people in 1886 to 1.9 billion in present day. A company that has a logo that is recognized by 94% of the world’s population. The world’s most valuable brand.

Once a company reaches such a prestigious position in the market, it is easy to forget who has helped make the brand so prominent, the employees. This is not the case with The Coca-Cola Company. Since the opening of Coca-Cola 119 years ago, it still recognizes its employees as its finest asset.

Experiences Remembered For A Lifetime

One of the ways they have shown appreciation for their employees is by creating a competition in which the winners would be flown out to South Africa for the 2010 FIFA World Cup. Twenty-six employees were granted the experience. While there, all of the employees blogged about the experience and it was showcased on Coca-Cola’s website. A similar competition was held in 2012 for the Olympic Games in London. For this competition, once again, twenty-six employees were picked to travel to London for the 2012 Olympics and spread happiness to all of London. The twenty-six employees were picked by having the most online votes for the best associate made video of Move To The Beat. In regards to his trip to London on behalf of Coca-Cola, Baran Kayhan had this to say, “We are part of the greatest company in the world.”

Appreciation for employees is just one side of Coca-Cola’s multi-faceted company culture. View this infographic on their website to learn more about Coca-Cola. You can also click here to search for open positions.

Want to showcase your company’s culture?

Check out this FREE tool – It’ll breakdown the major parts of a great employment brand and show you EXACTLY what (and who!) you need to be showcasing. Check it out!

Inspiration lacking this Monday morning? On the job search and feeling blue? Stuck in a career you hate? Not sure what success means to you? You're not alone. Grab a nice, warm cup of coffee and let us help you out.

Light your inner fire with these inspirational career quotes:

1. “Choose a job you love, and you will never have to work a day in your life." —Confucius

2. “It's not what you achieve, it's what you overcome. That's what defines your career." —Carlton Fisk

3. “Work to become, not to acquire." —Elbert Hubbard

4. “Find out what you like doing best and get someone to pay you for doing it." —Katherine Whitehorn

5. "I've missed more than 9,000 shots in my career. I've lost almost 300 games. 26 times, I've been trusted to take the game winning shot and missed. I've failed over and over and over again in my life. And that is why I succeed." —Michael Jordan

6. "Failure doesn't mean you are a failure it just means you haven't succeeded yet." —Robert H. Schuller

7. "The best way to predict the future is to create it." —Abraham Lincoln

8. "Our greatest weakness lies in giving up. The most certain way to succeed is always to try just one more time." —Thomas A. Edison

9. "I think everyone should experience defeat at least once during their career. You learn a lot from it." —Lou Holtz

10. "I want to look back on my career and be proud of the work, and be proud that I tried everything." —Jon Stewart

11. "Dreams are extremely important. You can't do it unless you imagine it." —George Lucas

13. "Desire! That's the one secret of every man's career. Not education. Not being born with hidden talents. Desire." —Johnny Carson

14. "I can not do everything, but I can do something. I must not fail to do the something that I can do." —Helen Keller

15. "A mind troubled by doubt cannot focus on the course to victory." —Arthur Golden

16. "It's not the days in your life, but the life in your days that counts." —Brian White

17. "Success is how high you bounce when you hit bottom." —General George Patton

18. "Anyone who has never made a mistake has never tried anything new." —Albert Einstein

19. "Do not be too timid and squeamish about your actions. All life is an experiment." —Ralph Waldo Emerson

20. "All you need in this life is ignorance and confidence, and then success is sure." —Mark Twain

21. "You can't build a reputation on what you're going to do." —Confucius

We hope these quotes motivated you. Please share with someone you know who needs a little inspiration right now.

Need some more inspiration in your career?

We'd love it if you joined our FREE community. It’s a private, online platform where workers, just like you, are coming together to learn and grow into powerful Workplace Renegades.

It's time to find work that makes you feel happy, satisfied, and fulfilled. Join our FREE community today to finally become an empowered business-of-one!