Are You Being Bullied At Work? Here's How To Deal 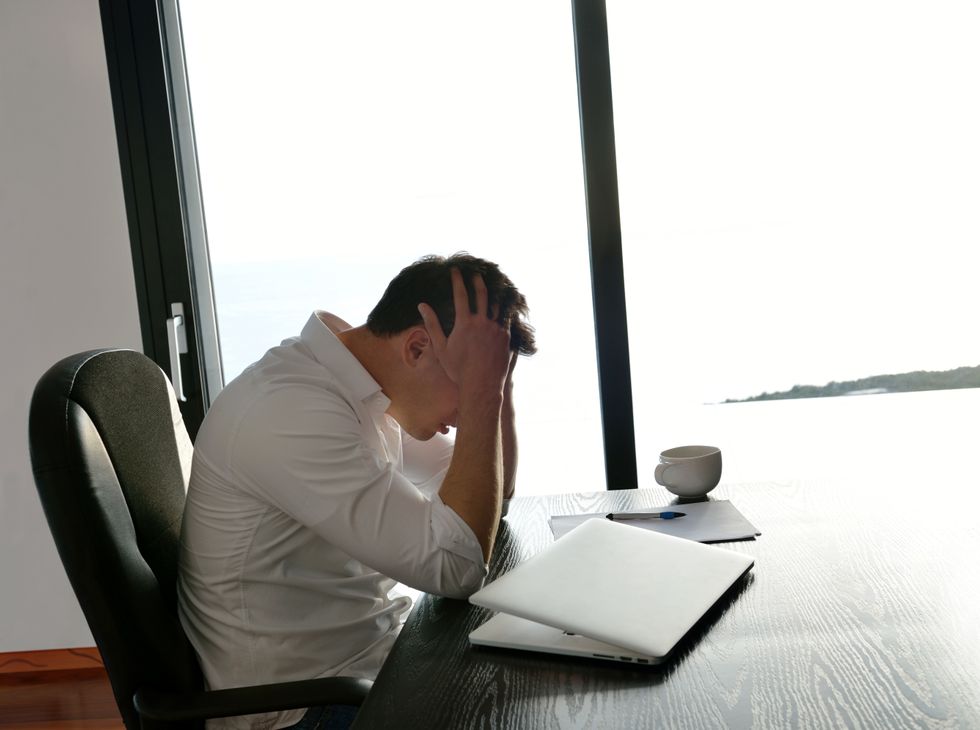 Bullying is no longer limited to the schoolyard.

Recent studies show that bullying at the workplace remains an issue. Gossip, back-stabbing, name-calling... did high school ever end?

How Common Is Workplace Bullying?

Since 2007, the Workplace Bullying Institute has done four national surveys on workplace bullying.

Additional research by the Journal of Applied Psychology indicates that some victims of workplace abuse are often mislabeled as bullies themselves and may even be stigmatized by supervisors as lousy employees despite stellar job performance. That research goes on to indicate that this may be a result of bias, as bullies were less likely to be seen as deviant when their supervisor considered them to be good producers.

Workplace bullying isn't much different than bullying at school.

It could include co-workers spreading rumors behind your back, gossiping, making hurtful comments, sabotage, social exclusion, and isolation.

Workplace bullying could also include using intimidation tactics to make someone feel threatened or not in control.

All of this could have a major impact on career confidence and job performance.

This can also bleed into your personal life, as many bullying victims continue to think and talk about the bullying outside of work.

The 2017 workplace bullying survey indicated that 40% of those bullied said they suffered adverse health effects from the bullying, mostly stress related ailments.

Can You Stop The Bullying?

If you feel that you're being bullied, the first step is to thoroughly examine the situation to see if there's a root cause to the bullying.

Did the bullying start as a result of a fractured friendship/work relationship? If so, explore reconciliation efforts.

Did a simple misunderstanding lead to the bullying? Perhaps the person doing the bullying felt mistreated by you at some point.

This isn't to say you're at fault for the bullying, it just means that it's important to explore all avenues in order to have a better understanding of the problem.

If there appears to be no easy solution to the bullying, your options may be limited.

How To Handle Workplace Bullying

Bullying at the workplace should be reported to human resources or a manager to get the complaint on the record but don't expect HR to solve the problem.

HR can try to facilitate reconciliation efforts between the employees but are limited on options, absent firing the person accused of bullying, but bullying is a hard offense to prove in the workplace.

Ultimately, the answer to addressing the bullying is within yourself.

How you choose to respond to the bullying will ultimately determine how it impacts you personally and your job performance.

That doesn't mean that the bullying is right or that you're accepting it, it just means that, as a professional, you're choosing to rise above that drama.

What Employers Can Do About Workplace Bullying

There are a few things employers can do when it comes to combating workplace bullying.

For example, a New Hampshire fire chief has taken the lead on this issue. Durham Fire Chief Dave Emanuel wrote a research paper titled "Exploring Workplace Bullying in NH Fire Departments" that is being used by the International Association of Fire Chiefs to develop a curriculum around the issue.

Emanuel also recommended that fire departments partner with an outside organization to conduct training with employees about workplace bullying.

Many states around the country have also introduced Healthy Work Place Bills to help employers create policies around workplace bullying.

The Future Of Workplace Bullying

The Workplace Bullying Institute is set to release its newest data on workplace bullying within a year. With this new data, long with additional studies, it's possible that company policies will continue to evolve in the coming years.

In the meantime, as an employee if your company has a workplace bullying or misconduct policy be sure to familiarize yourself with it and potential resources available if you find yourself being bullied at the workplace.

It's also important to take inventory of your own behavior at the office. Sometimes you may be the bully and not even realize it. Consider your own habits at work and how those habits are affecting others.

Looking for additional career support? Join us at Work It Daily and have access to our career coaches and career tutorials.

Have You Ever Been Bullied At Work?