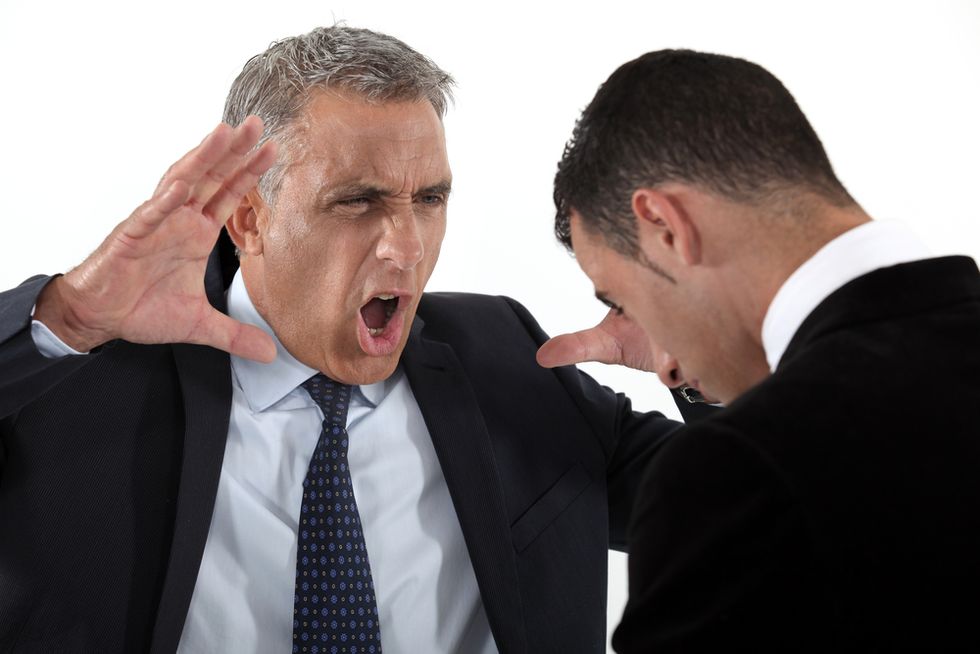 NOTE: This is a book excerpt with minor edits from Got A Bad Boss? Work That Boss To Get What You Want At Work by Dr. Noelle Nelson. Your boss has a particular way of relating to the workplace - his or her approach to employees and responsibilities. Those behaviors define your boss’s type. There are seven different types of bad bosses. Finger Pointer Boss, for example, is one who manages by blaming, a hoary old method that has never worked, but is the only one he knows. Egomaniacal Boss is a boss who relentlessly toots his own horn, behaves as if he is God’s gift to the department, the company, the world, and who leaves behind a chaotic trail of unfinished projects, misplaced ideas and impossible tasks for you to deal with. Screamer/Irrational Boss reacts to the least bit of upset in the workplace, in her personal world, or in how she feels that day, with a high-pitched screaming fit. There are seven Bad Boss types: Finger Pointer Boss, Ghost Boss, Incompetent Boss, Egomaniacal Boss, Screamer/Irrational Boss, Favoritism Boss, and Sexist Horny Pig Boss.

The Workplace Has Changed

Your boss expects more and more from you. Profit is king. If a department isn’t doing well, it’s shut down - and you with it. Oh, and the work that used to be done by two or three people? It’s now routinely expected to be done by just one. If you can’t keep up, there are at least 10 other people only too eager to take your place. And Bad Bosses are quick to remind you of this. Your protection against losing your job to an equally qualified person across the hall or halfway across the world and thriving despite a Bad Boss is simple: understand your Boss to the core, not just what makes your Boss tick but what drives him or her, and know how to use that information to work your Boss to your advantage.

Join us for this special presentation on dealing with bad bosses and getting what you want. Presenter: Dr. Noelle Nelson, author of Got A Bad Boss? Work That Boss To Get What You Want At Work.   WATCH NOW ►   Photo Credit: Shutterstock