Executive Employers: How To Reach C-Suite 3.0 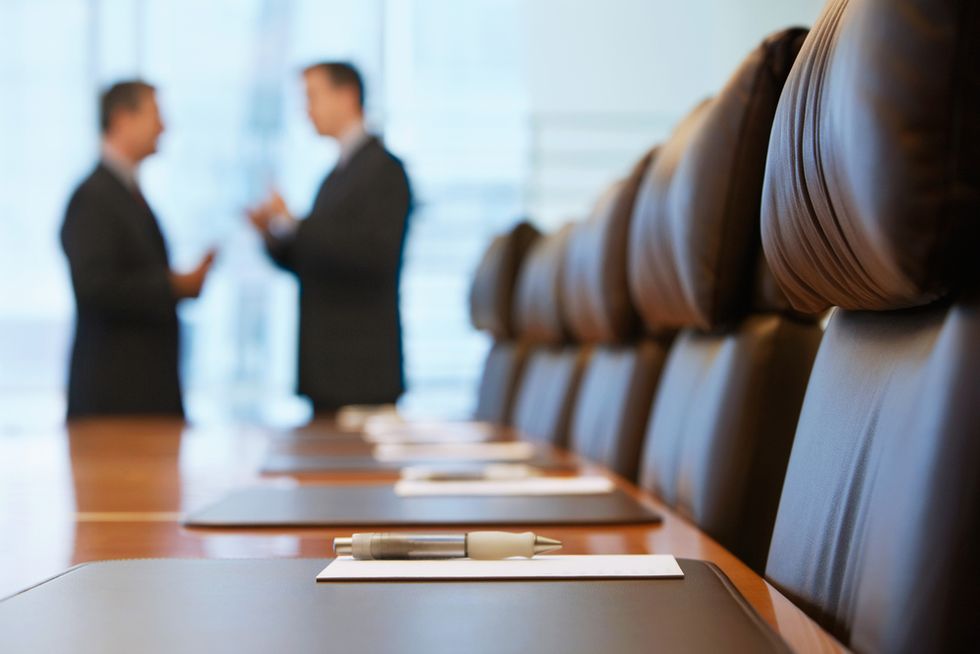 Executive leadership has traditionally consisted of the big “C” titles… Chief Operating Officer, Chief Executive Officer, Chief Financial Officer, and occupying the C-Suite has long been the goal of senior execs worldwide. But according to a recent paper published by Eamonn Kelly of Deloitte Consulting, there may soon be a shake-up in the structure of corporate leadership. Related: 3 Secrets To A Powerhouse Executive Resume

According to Kelly, changes in the way business is done in the 21st century will be behind what he is calling C-suite 3.0. The original C-suite organization was developed in the 1920s, in organizations like General Motors. The leadership of each company was tightly-knit and small, with clearly defined managers each responsible for a different area of the organization and working in a centralized location. By the mid-1980s, that structure began to change to what he calls C-suite 2.0, which generally expanded the executive platform to a broader and more specifically-focused group of leaders. “This leadership system,” Kelly says, “with its expanded and far more specialized composition, provided essential professional depth and strength, and contributed substantially to the ability to deliver complex and often highly technical change.” This assertion is born out by a study conducted in 2013 by researchers from Harvard University, that determined that large U.S.-based firms had increased the numbers of their leadership team by approximately double in a thirty-year period. That study found, “From the mid-1980s to the mid-200s, the size of the executive team (defined as the number of positions reporting directly to the CEO) doubled from five to ten.” The study attributed this growth trend in large part (75%) to additional management titles, with each executive overseeing a clearly defined and distinct area of business. What Kelly sees now is a need for a shift away from a siloed approach to management and a move in the direction of blended function. He says that the discrete divisions that currently exist within companies work against collaboration and integration, and though that might not have been problematic in earlier times, the introduction of globalization and technological innovation necessitate a rapid-fire change in order for businesses to remain competitive. “The problem is that this model is ill-matched to a business environment in which companies must transform themselves, and continue transforming themselves, to remain competitive,” Kelly says. “In the new era of globalization, teams of functionally oriented executives sometimes struggle to formulate and act on integrated, coherent strategies for future success.”

William Parker, company spokesperson for ExecutiveEmployers.com, an innovative recruiting start-up, says that they are clearly seeing this trend within both the positions they are recruiting for and the conversations going on within their executive network platforms. “There’s no doubt that the companies that are contacting us about executive opportunities are looking for a more multi-faceted, collaborative approach and skill set from the candidates they are seeking. Today’s leader needs to be more of a generalist, able to understand and stretch beyond being functional specialists in order to be effective.” Kelly is quick to point out that the current system of functional specialists has been extremely productive and has created an assortment of “best practices” that have greatly improved operations in every aspect of corporate operations. But as today’s businesses have grown less linear and more complex, this specialization makes change more difficult to accomplish. “When change is underway outside, it rarely means that only one function inside the business must keep pace. Many interdependent changes may be required and the need is for them to be mutually reinforcing,” he writes. How is this necessary coherence and alignment achieved? It is the responsibility of senior leadership. So, a serious tension exists in many leadership teams: They need to implement specific (and often technically complex and mission-critical) changes and simultaneously achieve systemic coherence in transforming the overall business.

New Executive Team's Will Be Team-Driven

Looking ahead, employers and recruiters surveyed by Executive Employers have indicated that each organization will have to find their own way to C-suite 3.0, but that company priorities have to be aimed at four essential elements: ensuring coherence, nurturing and protecting strategic capabilities, empowerment of power and influence, and what Parker calls the “three Ds” – diversity, dialogue, and data. C-suite 3.0 will necessarily be team-driven, communicative and collaborative, and senior management looking to move into the higher realms would be well-advised to sharpen their skills and broaden their outlook.

6 Social Media Mistakes To Avoid While Job Seeking Social Media Guidelines For Young Professionals Why You Should Connect With Co-Workers On Social Media   Photo Credit: Shutterstock