3 Things I Learned From My First Job 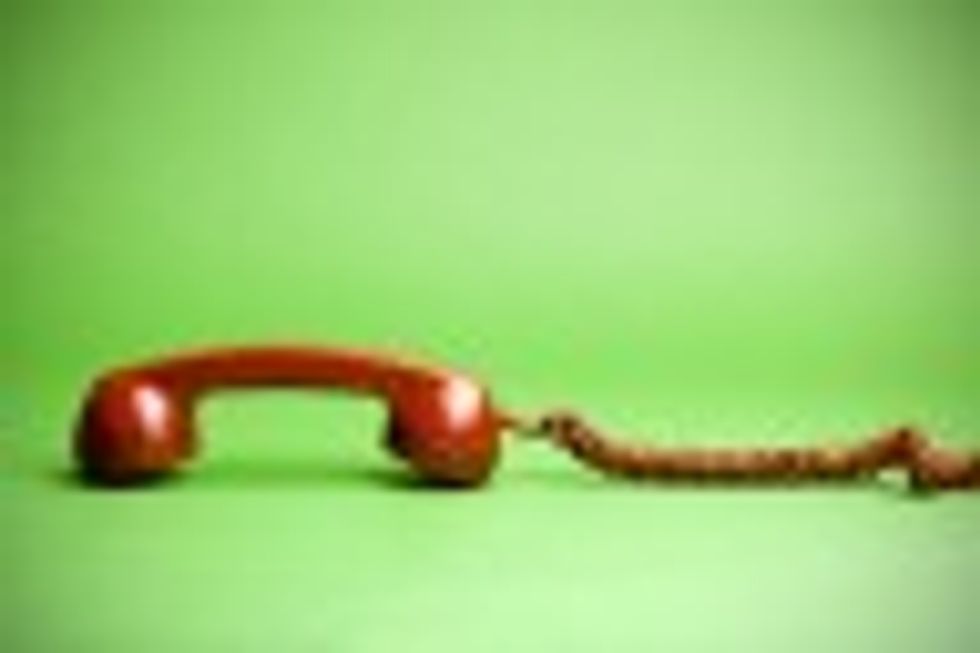 I didn’t really have a job before Sophomore year of college. Sure, I tried bussing tables at a local restaurant once before, but… it wasn’t really for me (I lasted three whole days). Sending the wrong food to the wrong tables and cleaning up unfinished meals one too many times was a little discouraging, to say the least. Related: 11 Smart Tips For Finding A Job After College But Sophomore year, I needed money. And I needed it badly. So, I applied to any job I could find, including the infamous call center that required students to call about a hundred alumni each night to ask for donations to the school. No one wanted the job, so it was easy to get an interview. And I got one - a phone interview, of course. Now, I’ll let you in on a little secret: I’ve never been good on the phone. In fact, when I was little, I used to have my brothers and sister call our friends so I wouldn’t have to talk to their parents if they happened to answer the phone (ugh, sooo awkward). Anyway, when I was called, I was in the middle of driving around town with a friend - unprepared and off guard. Needless to say, I was pretty awkward during the phone interview and didn’t get the job. I won’t lie, I was slightly relieved, but I still needed a job. Then, on my birthday, I got a call from the call center. They needed to hire a bunch of students fast (a lot of people had recently quit), and they wanted me to come in to fill out paperwork. Of course, I ran across campus to learn more. After a very informal interview with the boss, I got the job. I was thrilled - Woo! I’m going to make money AND get some work experience, I told myself. But deep down, I knew I’d want to quit after my first night working there. And I was right. It wasn’t an easy job. Calling up complete strangers and begging them for money they didn’t have was HARD. It was awkward. It just felt wrong. I talked to so many different kinds of people - some of them were wonderful to talk with, others were not. I talked to rich people, poor people, interesting people, boring people, successful people, unsuccessful people, people who loved my school, and people who wished they’d never gone to my school. I had mothers and grandmothers try to set me up with their sons and grandsons, I received ALL KINDS of advice, and I talked with some fairly prestigious alumni. I had to talk with sick people, or family members of passed away alumni, and people who didn’t have a problem yelling through the phone at innocent callers who were just doing their jobs. Those were the hardest calls. It wasn’t uncommon for callers to step out for 15 minutes to collect themselves, cry a little, or get some air. It was a difficult job, and our boss knew that. I loved my boss. He was one of the sweetest old men I’d ever met. He was always understanding and trying to make everyone’s job a little easier. He tried his best to make things fun for the callers, and to help us out in any way he could. He respected us. Despite everyone hating the job, we all loved him. And he loved his job. Despite wanting to quit after every almost every shift, I stayed at that job for two years. I knew it would give me the experience I needed to start my career (and the money I needed to go drinking on Friday nights). But I also stayed because I eventually got good at the job and I felt like I’d let my boss down if I quit. Then, during my second semester of junior year, my boss left. Our boss was the only reason many of us decided to stay there for so long. The guy who replaced him didn’t care about us, the alumni, or the school. He just sat around and gave orders to everyone as if we were mindless robots. Then, one day, our new boss came up to me and asked if I wanted to be a manager for the call center. Every caller dreamed of being a manager. You didn’t have to make calls, you just had to monitor the callers, come up with fun games for breaks, and create incentives. Plus, you got paid more. I had enough experience and had been working toward that job since Day One. He basically gave me the job - no applications, no competition, no nothing, yet I just couldn’t bring myself to accept it. Of all of the terrible, uncomfortable calls I had to deal with throughout those two years, I’d rather be doing that than taking orders from someone who had absolutely zero respect for me or the rest of the callers. Not only that, it was time for me to take the next step in my career development path - to find a writing internship. And so, I declined the offer and, along with many others, finally quit working at the call center. I’m extremely glad I decided to stay at the call center for so long. I met some amazing people, developed skills I wouldn’t have learned in class, and learned how to work with people. I used the skills I had developed to land all of my internships, including my final internship that turned into a full-time gig.

I learned a lot during my two years at the call center, but these are the top three things I took away from the experience: 1. Try something out of your comfort zone. This job was hard for me, but I learned so much during those two years. I developed valuable, transferable skills that helped me land my all four of my internships. No matter how hard a job is, if the experience is going to help you in the long run, focus on building the skills that will help you succeed later. 2. Treat your co-workers with respect. I learned that, when you respect your co-workers, they will respect you. They will work hard and remain loyal. But if you don’t, you’ll find yourself with a lot of empty chairs and no success. 3. Know when it’s time to move on. Once you’ve honed your skills and know your next step, it’s time to move on to the next opportunity. You don’t want to find yourself working in a company you don’t believe in or for someone who doesn’t give you the respect you deserve. Life is too short. Find something that will make you happy.

Have you ever had a job you hated but were glad to have had later? Tell me about it! Tweet me @AriellaCoombs and share your story using #MyFirstJob!

4 Things You Should Never Say When Asking For A Raise

Maybe you like your job, but you’re just not where you want to be financially. What do you do? Apply for a position with a different company? Or approach your boss and ask for a salary increase?

4 Things You Should Never Say When Asking For A Raise