The Secret To Getting Ahead At Work 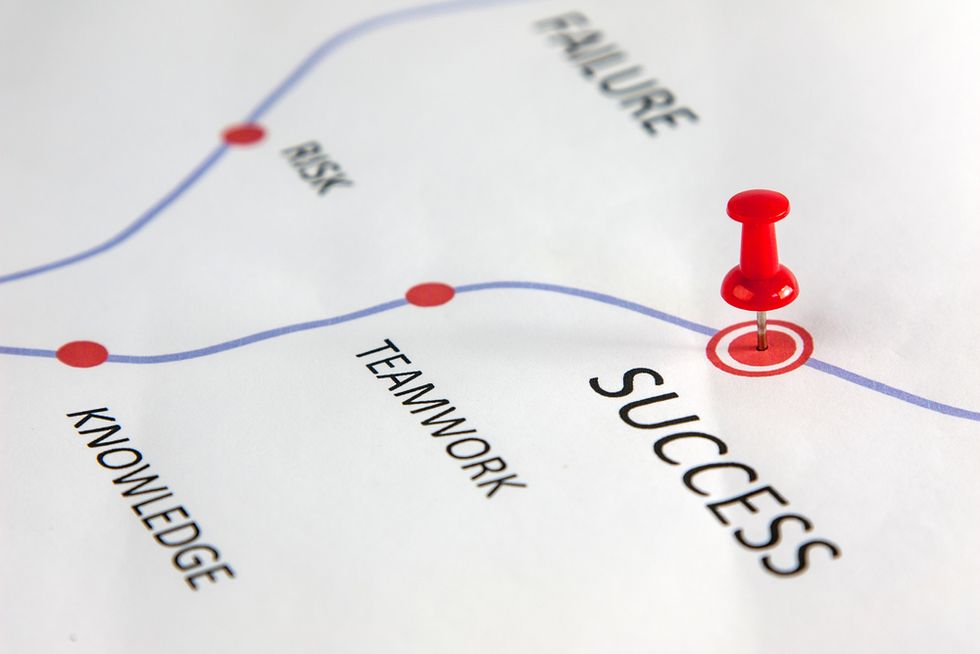 Effect Noun: change which is a result or consequence of an action or other cause. Verb: cause (something) to happen; bring about. No matter what your job role is, everybody wants to take effect; you want to stand apart from the crowd and it’s all a matter of knowing how to do so. Believe it all not, sales plays a massive part in everybody’s work role – whether you like it all not. In the past, the word ‘sales’ had some bad connotations, not anymore – it is a skill, just like any other, that has to be honed and perfected, and it can help you progress in any job role. Related: 5 Attitudes To Get You Ahead In The Workplace If you're interested in getting ahead at work, read on. Kate Ramsey, Northern Sales Director form Pareto discusses the basic sales steps to help you take effect in your job.

1. It’s All About Body Language

More often associated with a date rather than sales, body language is something we as humans read naturally, but often aren’t aware of. Have you ever wondered why you’re wary around somebody who has their arms folded tight or skeptical when somebody is rolling their eyes? It’s because your sixth sense is reading the signals from the other person; telling you that they’re closed towards your suggestion or disbelieving of what you are saying. In a past life, we used such skills to protect us from harm, however now we use these signals in social interactions, such as sales. If you can read the body language of your colleagues or a client this is going to help you build relationships, make better judgement and ultimately get what you want.

2. Ask And You Shall Receive

A trick often missed by the untrained sales professional, and something most people don’t take in to consideration when talking. However, the way you articulate yourself, including your tone of voice can make the difference between making a friend or creating a foe. Who’d have thought it could be that dramatic? Imagine a colleague asks you a question in a soft, neutral tone and you respond (with the completely normal answer) by shouting it at them. They’re not going to appreciate this, and will probably feel you’re slightly insane. The trick here is to mirror the tone of voice of the individual you are speaking with. If they’re loud, be loud – if they’re whispering, whisper back. It will show that you are on their level, and make them pay attention to what you have to say.

4. It’s All About… Attitude

Positive thoughts lead to positive outcomes, mind over matter, positive mental attitude! There are possibly a thousand clichés that you could throw in to the mix here, but they are all relative. In sales, it is always about your attitude – transfer this in to your everyday job role, whether that be sales, engineering or IT, if you act positively you will achieve the outcome you desire. This concept can often be difficult for some people to grasp, as we all have our bad days, but it’s taking that negative energy, turning it in to something positive and making the most of it. Positivity brings out the best in you and those around you, thus allowing you to take effect! This post was originally published on an earlier date.